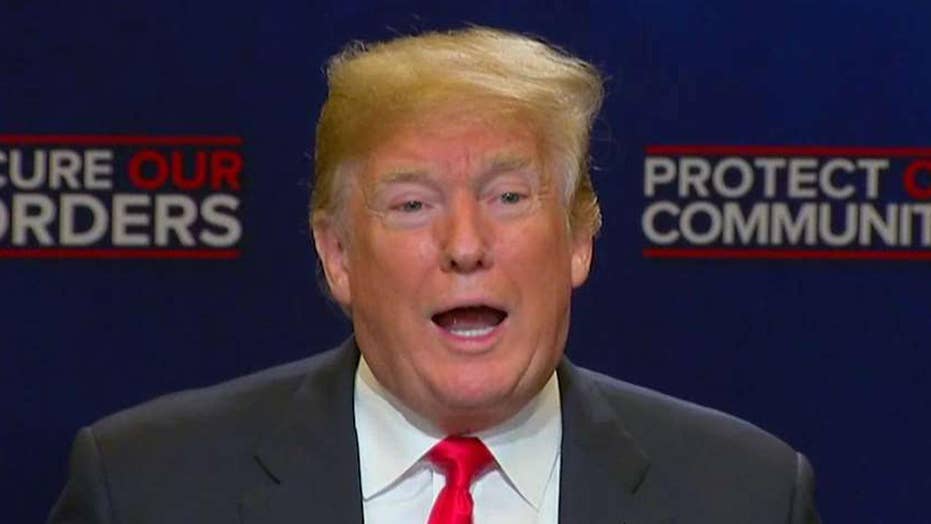 President Trump on Wednesday tore into the “ruthless” MS-13 gang, doubling down on remarks calling its members “animals” and dinging House Democratic Leader Nancy Pelosi for “trying to defend” them.

Trump was applauded by participants during an immigration roundtable in Long Island, N.Y., a hotbed for the gang known for its gruesome crimes. 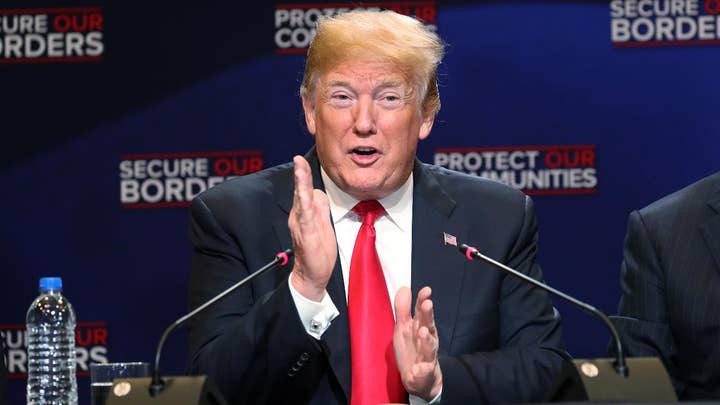 Trump noted that the gang’s motto is “mata, viola, controla,” which translates to “kill, rape, control” and described it as a “menace.”

“A ruthless gang that has violated our borders and transformed once-peaceful neighborhoods into blood-stained killing fields,” he said. “Horrible people by the way.”

The roundtable, which featured top law enforcement figures as well as families of gang victims, comes after Trump sparked controversy last week at another roundtable where he called MS-13 members animals -- a remark which was initially construed by some media outlets and lawmakers as referring to all illegal immigrants. 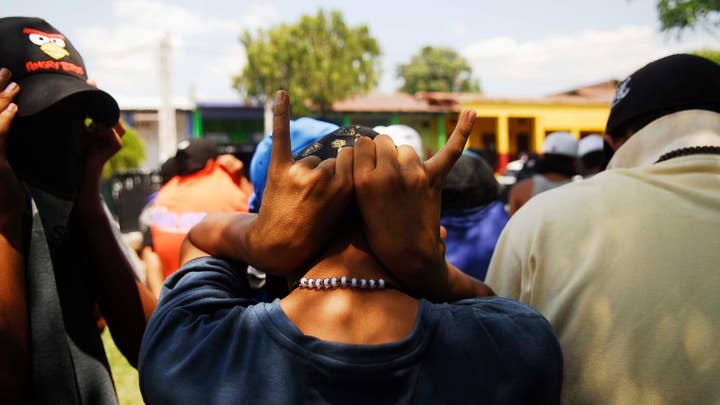 “You wouldn’t believe how bad these people are. These aren’t people, these are animals, and we’re taking them out of the country at a level and at a rate that’s never happened before,” he said.

Trump was scolded by top Democrats for his statement. “When all of our great-great-grandparents came to America they weren’t 'animals,' and these people aren’t either,” Senate Democratic Leader Chuck Schumer, D-N.Y., said, while Pelosi, D-Calif., said that “we are all God’s children.”

Trump has defended his rhetoric repeatedly and on Wednesday accused Pelosi and other Democrats of defending the gruesome gang.

“I noticed recently where Democrats, Nancy Pelosi as an example, are trying to defend MS-13 gang members,” he said. “I called them animals the other day and I was met with rebuke. They said ‘they’re people.’” 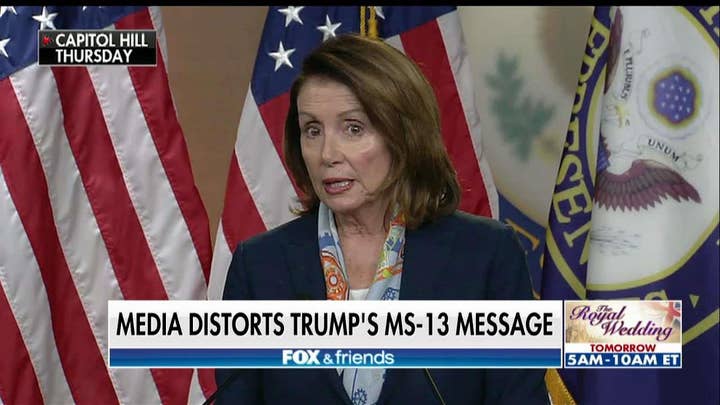 “They’re not people, these are animals and we have to be very, very tough,” he said, to applause from members of the roundtable.

MS-13 was started by Central American immigrants in the 1980s, and has since spread across major metropolitan areas including Los Angeles, the Washington suburbs and Long Island.

Rep. Peter King, R-N.Y., praised Trump for his work cracking down on the gang, and called members “vicious, rotten murderers.”

Trump also used the roundtable to blast U.S. immigration laws which he says are the worst “of any country anywhere in the world.”

Long Island has  been hit hard by the gang and Democratic Gov. Andrew Cuomo announced last month a massive $18.5 million injection to stop MS-13 recruiting in the area.

Deputy Attorney General Rod Rosenstein, who has been in a tense back-and-forth with Trump over allegations that the DOJ and FBI spied on Trump’s campaign, also attended the roundtable and said violent crime and immigration is a top priority for the Justice Department.

He added that progress is being made across the country as they work with Homeland Security and local authorities, saying the work to crack down on the problem was "unprecedented."