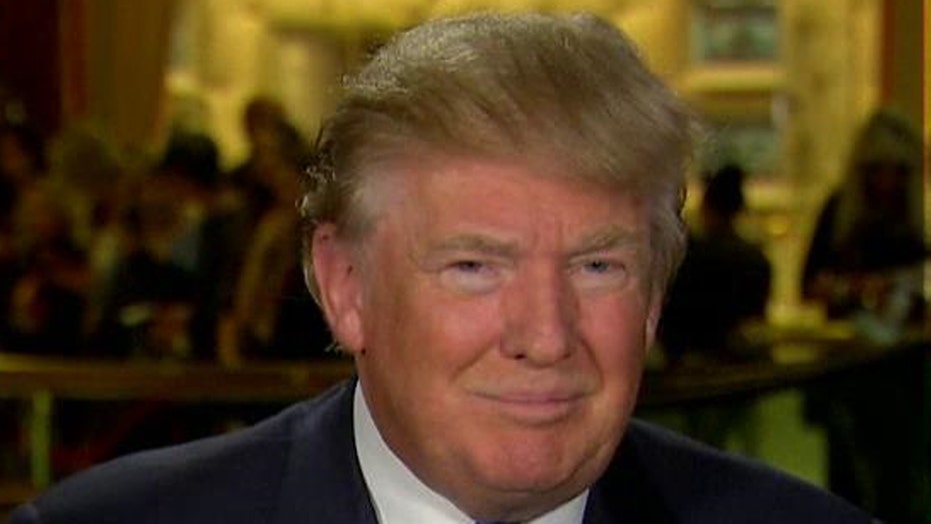 Republican presidential candidate opens up on 'Your World'

Donald Trump blasted Jeb Bush on Tuesday after it was revealed that a young woman who posed tough questions to the billionaire businessman at a New Hampshire event also volunteers with the Bush campaign.

A top Trump adviser went so far as to call her a "plant," though the Bush campaign says they did not send her to the forum -- and she's just an unpaid volunteer.

The questioner was identified as Lauren Batchelder. Her lively exchange Monday with Trump at the "No Labels" forum drew widespread attention, as she accused him of not being a "friend to women."

Trump responded that he's "given women more opportunity than I would say virtually anybody in the construction industry." The questioner, striking a dramatic pose with her hands on her hips, then challenged him on whether a woman would make the same as a man if he's president and asked, "do I get to choose what I do with my body?"

Trump answered: "You're going to make the same if you do as good a job. And I happen to be pro-life."

Reports soon surfaced about Batchelder's political affiliations. Her LinkedIn page says she is a Jeb Bush campaign intern and previously interned for New Hampshire GOP Sen. Kelly Ayotte, whose office confirmed to FoxNews.com she no longer works with them.

But a senior Bush campaign aide told Fox News Batchelder has never been part of the paid staff, and the campaign did not send her to Monday's event. The aide said she volunteers at events as she has for other candidates in New Hampshire.

"Like many in NH, Lauren is a student at [St. Anselm College] who is passionate about and active in politics and attended this event on her own accord. While this question was not sanctioned by the campaign, we can't help but notice Mr. Trump does seem to be very sensitive about being challenged by women," Brandenberger said in a statement.

Bush communications director Tim Miller also tweeted that "the Jeb staff is amused by how sensitive Donald is to being challenged by women."

By Tuesday, both campaigns were engaged in a full-fledged Twitter battle over Batchelder. Trump senior adviser Daniel Scavino Jr. repeatedly accused the Bush campaign of using a "plant."