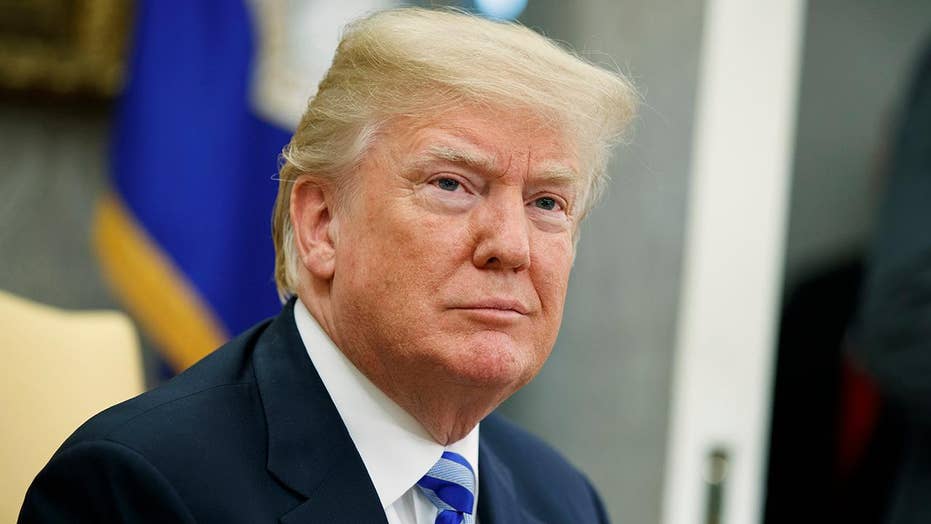 The left turns Trump's 'animals' comment into a controversy

President Trump on Friday tore into media outlets for twisting a comment he made this week about MS-13 "animals," while the Homeland Security secretary said Democratic lawmakers who did the same should apologize.

“Fake News Media had me calling Immigrants, or Illegal Immigrants, 'Animals.' Wrong! They were begrudgingly forced to withdraw their stories,” Trump tweeted. “I referred to MS 13 Gang Members as 'Animals,' a big difference - and so true. Fake News got it purposely wrong, as usual!”

Trump made the original comments at a roundtable on California’s “sanctuary” immigration policies on Wednesday. Media outlets and top Democrats were quick to accuse him of describing undocumented immigrants in general as "animals."

But some outlets have walked back that characterization, given Trump made the remark after Fresno County Sheriff Margaret Mims lamented how California policies could restrict the fight against MS-13.

“There could be an MS-13 gang member I know about, if they don’t reach a certain threshold, I cannot tell ICE about them,” she said. 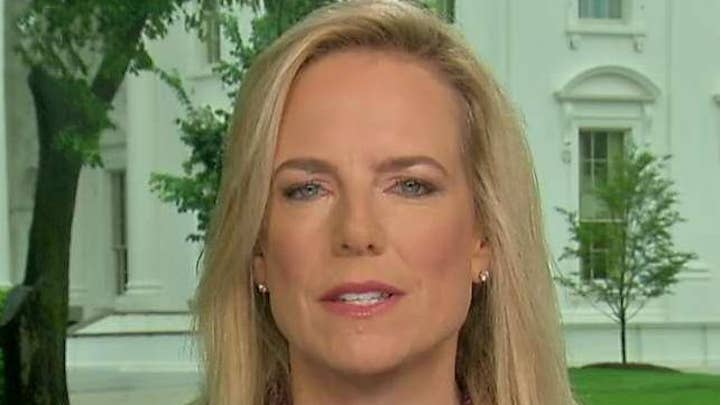 But a number of outlets glossed over the MS-13 context, stating that Trump was talking about all illegal immigrants. The New York Times tweeted that Trump “lashed out at undocumented immigrants….calling those trying to breach the country’s borders ‘animals.’” The Associated Press deleted a tweet that made a similar representation of his remarks.

“When all of our great-great-grandparents came to America they weren’t 'animals,' and these people aren’t either,” Senate Democratic Leader Chuck Schumer, D-N.Y., said, while House Democratic Leader Nancy Pelosi, D-Calif., said that “we are all God’s children.”

“Personally, I think those lawmakers owe the president an apology,” Nielsen said, accusing them of "pretending" Trump was saying something else.

"Frankly, it's unprofessional," she added.

Nielsen also responded to a recent report claiming she had drafted a resignation letter after Trump berated her at a meeting -- Nielsen said the report was not true.

MS-13 is a violent gang known for its gruesome crimes that was started by Central American immigrants in the 1980s.

Figures from Immigration and Customs Enforcement document a surge in arrests related to MS-13 since Trump came into office. In fiscal 2017, there were 796 arrests of MS-13 members, compared with 432 in fiscal 2016 and 322 in fiscal 2015.

Trump on Thursday defended himself during remarks at the White House.

“I am referring to the MS-13 gangs coming in. I was talking about MS-13. If you look further in the tape, you'll see that. I'm surprised you're asking the question because most people got it right,” Trump said. “MS-13, they're animals, we're getting them out.”