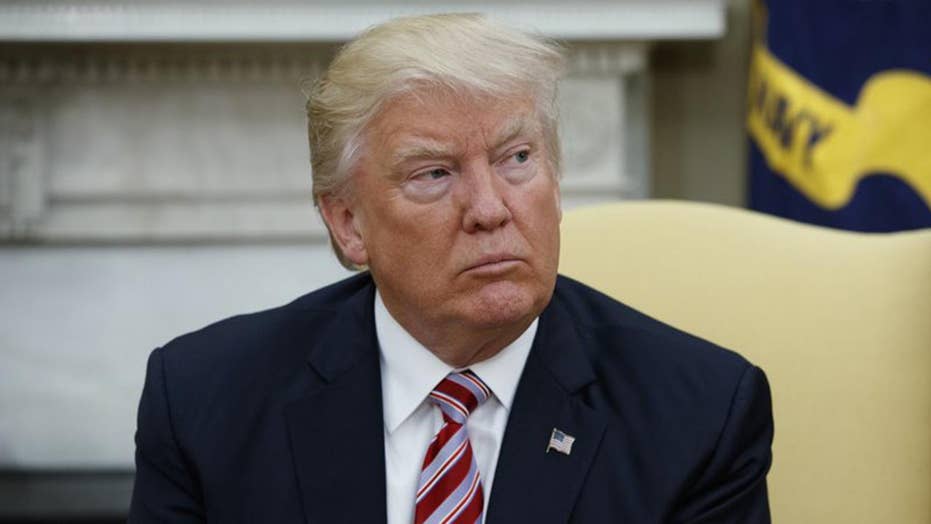 On 'Fox &amp; Friends,' President Trump responds to former Attorney General Eric Holder's 'when they go low, we kick them' remark on Republicans.

President Trump, in an interview Thursday with “Fox & Friends,” rebuked Eric Holder for his call to “kick” Republicans and spurn civility, saying the Obama attorney general’s comments were “disgusting” and “dangerous.”

“He better be careful what he’s wishing for,” Trump told Fox News. “That’s a disgusting statement for him to make.”

Holder was captured on video speaking Sunday at a campaign event for local Georgia Democratic candidates. In the clip, he rejected former first lady Michelle Obama's famous call for civility in politics – adopting a confrontational tone that’s become increasingly fashionable amid the Brett Kavanaugh confirmation fight and other debates. 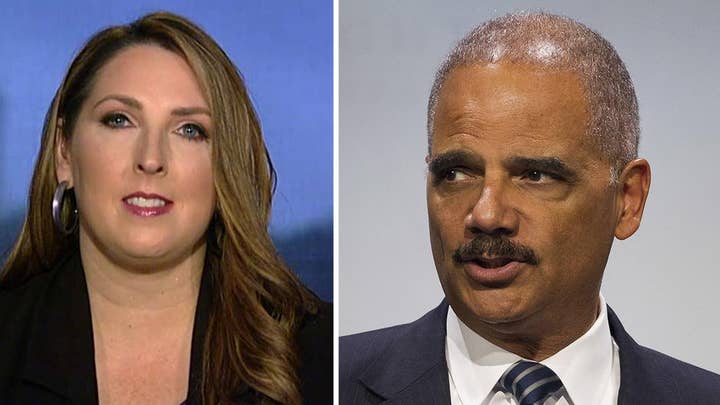 His fiery remarks came after former Secretary of State Hillary Clinton told CNN in an interview, “You cannot be civil with a political party that wants to destroy what you stand for."

Holder is considered a potential 2020 presidential candidate and has said he will make a final decision on running early next year.

Regarding that possibility, Trump said, “I think the primaries would gobble him up.”

Holder fired back later in the day, tweeting that he was not "advocating violence" -- while ridiculing the "fake outrage" over his remarks.

Trump has long been accused of contributing heavily to the coarsening of U.S. politics – with his personal insults lobbed during the 2016 campaign, his raucous rallies complete with “lock her up” chants, and his unbridled Twitter attacks on those who criticize him.

During the “Fox & Friends” interview, though, he said his rallies are “calm and well-run.”

Trump also weighed in on an ongoing tussle between House Republicans and Deputy Attorney General Rod Rosenstein, who so far has balked at appearing before congressional committees to answer questions on reports he once suggested wearing a “wire” against the president and invoking the 25th Amendment to remove him from office. A few conservative lawmakers want to subpoena Rosenstein, who denies the reports – but when asked about the dispute, Trump stayed relatively neutral.

He said Thursday he’s “a little surprised” Rosenstein wouldn’t want to testify on the issue, given what Rosenstein told him in a recent meeting, but stressed that they get along well.

Trump, meanwhile, revisited the controversy over an anonymous New York Times op-ed written by someone inside the administration claiming a secret effort to “frustrate parts of [Trump’s] agenda and his worst inclinations.” Trump claimed Thursday there’s a “chance” the op-ed was written by the Times, before seeming to back off the unsupported claim.

In the interview Thursday, Trump also was pressed anew over the mysterious and disturbing disappearance of Jamal Khashoggi, a Saudi journalist and Washington Post contributor who has not been seen since entering the Saudi consulate in Istanbul on Oct. 2. Turkish officials say they believe Khashoggi was murdered in the building by an "assassination squad” – and The Washington Post reported that Mohammed bin Salman, the Crown Prince of Saudi Arabia, previously ordered that Khashoggi be lured to that country from his home in the U.S. and detained. 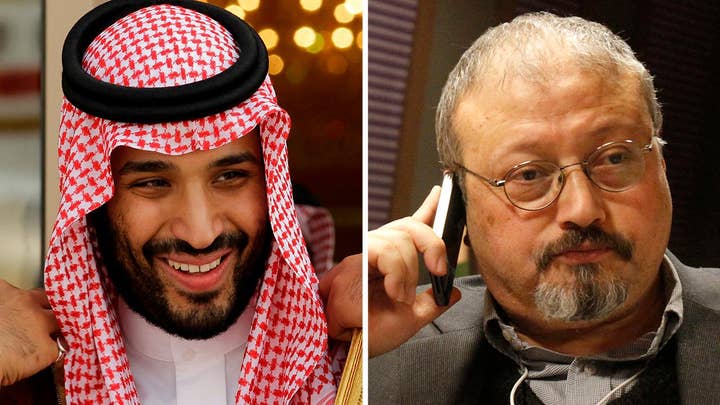 As Saudi Arabia denies involvement, the deep suspicion has raised questions about the historically strong U.S.-Saudi alliance, with some U.S. lawmakers calling for consequences against the Kingdom.

Trump said Thursday the situation is looking “very serious,” but would not draw any conclusions at this stage. “I have to find out what happened,” he said.

Trump spoke to Fox News on the heels of another rally in Trump country, speaking Wednesday night to supporters in Erie, Pa., where he again blasted Democrats for their efforts to derail now-Justice Kavanaugh’s Supreme Court bid. He called their actions a “disgrace” and said he “never even thought” about abandoning Kavanaugh in the face of several sexual misconduct allegations.

In the wake of Kavanaugh’s narrow confirmation, Trump has swiftly returned to his trademark caustic tone – openly challenging accuser Christine Blasey Ford’s recollection of events, after initially describing her as a “credible” witness. Ford accused Kavanaugh of groping and trying to force himself on her at a high school party more than three decades ago, an incident Kavanaugh denied.

Trump now sees a potential backlash brewing against Democrats, however, for their role in the chaotic confirmation process and has doubled down in efforts to condemn them, hoping it pays dividends at the midterm polls.

He has been increasingly visible on the campaign trail, holding near-daily rallies to whip up GOP support while boosting Republican candidates and assailing their Democratic rivals. He even published a rare op-ed Wednesday attacking Democrats for their “Medicare for All” health care plan – accusing the party of slipping into socialism. He warned the plan could hurt seniors, but sponsor Sen. Bernie Sanders said that wasn’t true.

“Now the president, who has a very difficult time telling the truth about anything, is lying about the Medicare for All proposal that I introduced, which poll after poll after shows has strong majority support among the American people,” the Vermont senator said in a statement.

Ahead of a White House meeting Thursday with Kanye West and NFL great Jim Brown, Trump also stressed that he is picking up support in the African-American community, citing economic gains. And he backed calls from both icons for criminal justice reform.

Separately, Trump would not comment on a report that he had internal discussions about replacing Sessions, saying he wants to get through the election and then “we’ll see what happens.”

Fox News’ Gregg Re and Samuel Chamberlain contributed to this report.