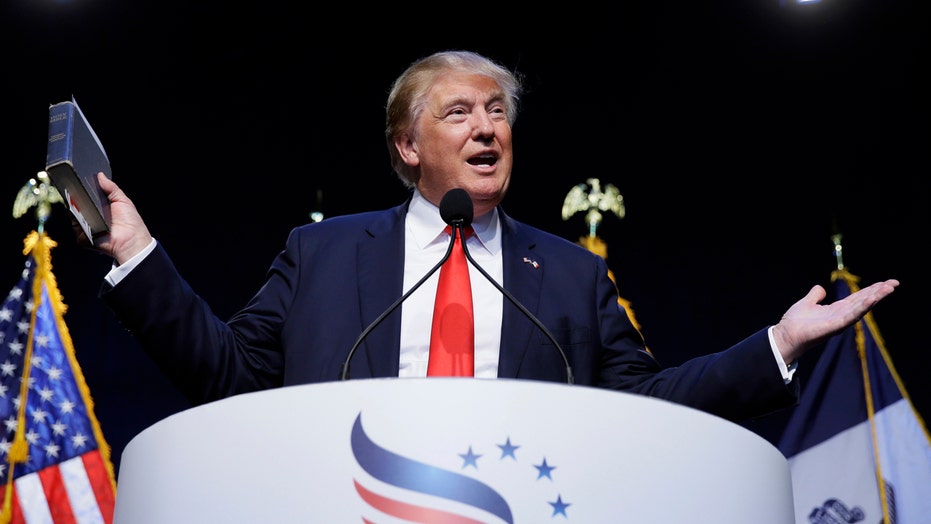 Donald Trump said on "Fox and Friends" this morning that the "birther" movement actually started with Hillary Clinton's 2008 presidential campaign.

"Believe me, what I said is nothing. Take a look at what Hillary said in 2008 when she was running against him in 2008. Hillary was maybe the first to bring it up. People should go back and look at Hillary's relationship to Obama when they were running against each other. I think you'll be very surprised," said Trump, adding that people know this happened, but won't talk about it.

Trump said it was actually the Clinton campaign that helped start rumors that President Obama is a Muslim and was possibly born in Kenya.

Trump took heat last week for not correcting a questioner who repeated those debunked rumors at a New Hampshire town hall. Some have since suggested that the question was "planted" in order to make Trump look bad.

Trump responded that he does not think the man was planted in the audience, recalling that the man was wearing a pro-Trump shirt.

"I think he was a hardworking guy from the area and he had this on his mind," said Trump, adding that he does not feel he has a "moral obligation" to defend the president.

"Last night they took some pretty vicious shots at me during the Emmy awards. I don't think I'm gonna see President Obama come to my defense," he said.

Meantime, Trump remains ahead of the pack in the first post-debate poll, though his lead is now down to single digits.

The survey, conducted in the three days after 23 million people tuned in to Wednesday night's GOP debate on CNN, shows that Trump is still the party's front-runner with 24% support. That, though, is an 8 percentage point decrease from earlier in the month when a similar poll had him at 32%.

Fiorina ranks second with 15% support -- up from 3% in early September. She's just ahead of Ben Carson's 14%, though Carson's support has also declined from 19% in the previous poll.

Driving Trump's drop and Fiorina's rise: a debate in which 31% of Republicans who watched said Trump was the loser, and 52% identified Fiorina as the winner.

Trump said he doesn't think Fiorina has much staying power, due in part to her "disastrous" tenure as CEO of Hewlett-Packard.

He also criticized Fiorina for repeating old arguments over and over on the campaign trail.

"When you listen [to her] for more than five minutes, you develop a tremendous headache. ... It's the same lines. I've heard those same lines many times," said Trump.

Trump also reacted to Ben Carson's statement that the U.S. should not elect a Muslim president. Watch the discussion above.