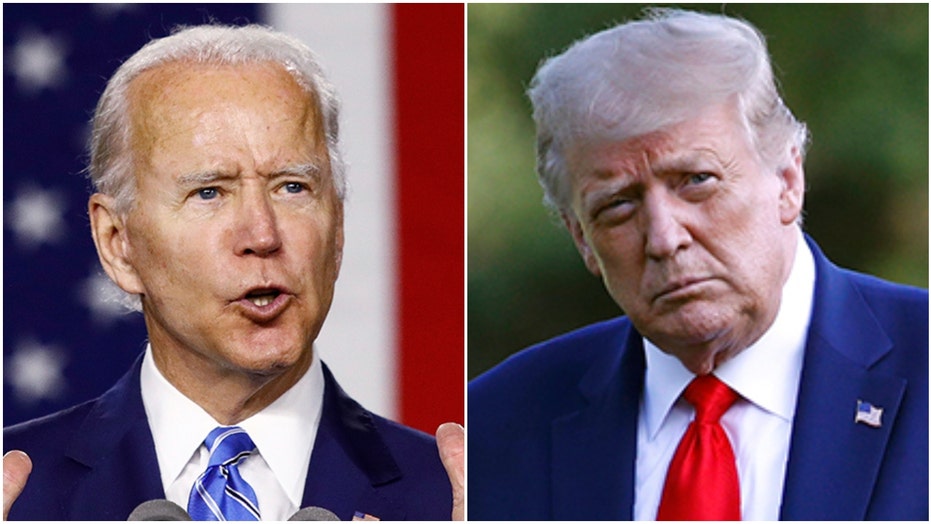 President Trump joined in the chorus of harsh criticisms of Joe Biden after remarks contrasting diversity in the Black and Latino populations.

"Yes, yes," Biden responded. "And by the way, what you all know, but most people don’t know, unlike the African American community, with notable exceptions, the Latino community is an incredibly diverse community with incredibly different attitudes about different things.”

He elaborated, "You go to Florida, you find a very different attitude about immigration in certain places than you do when you're in Arizona, so it's a very diverse community."

The President brought up the matter again before departing the White House for a trip to Ohio Thursday.

“I just watched a clip and Joe Biden this morning totally disparaged and insulted the Black community,” Trump told reporters. “What he said was incredible and I don’t know what is going on with him, but it was a very insulting statement he made."

The Trump campaign slammed its 2020 rival, tweeting the clip along with, "Uhh... did Joe Biden just say that Black people are all the same?"

BEN SHAPIRO WARNS BIDEN 'FALLING APART' AFTER BIZARRE INTERVIEW, WOULD BE 'RIPPED UP AND DOWN' IF REPUBLICAN

Others accused the presumptive Democratic nominee of harboring racist thoughts.

“What if Joe Biden’s actually racist and that’s why he says racist stuff?” Cuban-American producer Robby Starbuck wrote on Twitter.

“Joe Biden takes the Black & Latino vote for granted,” wrote Shaniyat Chowdury, a Democrat who ran for Congress this year in New York’s 5th District. “Who knows what else he thinks & says about anyone else who is not white.”

“Joe Biden just tried to butter up Latinos by telling them they aren’t as dumb as Black people,” Black pastor Darrell Scott, who was on the Trump transition team, wrote in a Daily Caller op-ed.

On Wednesday the former vice president snapped at a Black reporter asking if he's taken a test for cognitive decline.

"No, I haven't taken a test. Why the hell would I take a test?" he told  CBS News reporter Errol Barnett. "Come on, man. That's like saying you, before you got on this program, you take a test where you're taking cocaine or not. What do you think? Huh? Are you a junkie?"

In May, Biden caught heat for suggesting African Americans "ain't  Black" if they are deciding between him and President Trump.

“I tell you if you have a problem figuring out whether you’re for me or Trump, then you ain’t black,” he told Breakfast Club radio host Charlamagne tha God.

Biden fired back, “Take a look at my record. I extended the Voting Rights Act for 25 years. I have a record that is second to none. The NAACP’s endorsed me every time I’ve run. Take a look at the record.”