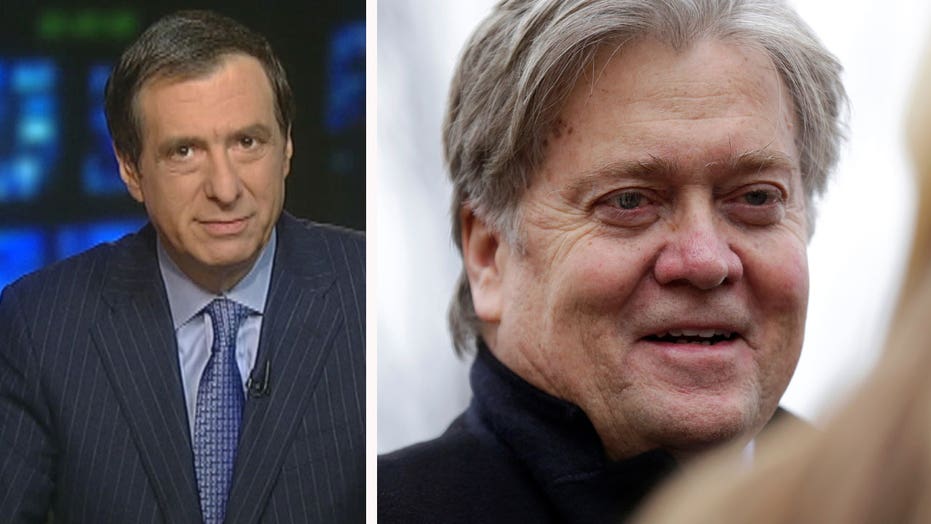 The media have risen as one with a resounding message: We will not shut up!

Not that anyone seriously imagined they would.

And a day later, in an interview with CBN’s David Brody, Trump embraced the notion that the press—much of the press, at least—is the “opposition party.”

When I asked press secretary Sean Spicer about the phrase for yesterday’s “Media Buzz,” he said: “I think in many cases there are stories and journalists who start off with a negative disposition on how they’re going to cover the president and his actions.”

As Trump’s senior strategist, Bannon makes no secret of his disdain for the press. The former chairman of Breitbart built an alternative outlet on the right that challenged the premises of the mainstream media. But he very rarely grants interviews, so this was news.

My view is that Bannon was being deliberately provocative and much of the media took the bait. His remarks gave them an opportunity to proclaim their First Amendment duty to challenge those in power.

But let me put my press card down for a moment and try to fairly evaluate his statements one at a time.

— On the election, Bannon told the Times that “the elite media got it dead wrong, 100 percent dead wrong,” calling it “a humiliating defeat that they will never wash away, that will always be there.”

— “The mainstream media has not fired or terminated anyone associated with following our campaign.”

True. Being a pundit means never having to say you’re sorry—or lose your job. This was true in the Iraq war debate and many other stories, and it was true in the 2016 campaign.

— “Look at the Twitter feeds of those people: They were outright activists of the Clinton campaign ... That’s why you have no power. You were humiliated.”

The tweets by some of those who cover Trump can be negative and snarky. Only a small number of journalists colluded with or were too cozy with the Hillary campaign. As for having “no power,” that can’t be true, or the president of the United States wouldn’t be spending so much time trying to discredit the media.

—“The media has zero integrity, zero intelligence and no hard work.”

—“The media should be embarrassed and humiliated and keep its mouth shut and just listen for a while.”

Embarrassed? Sure. But Bannon is being a little colorful in his rhetoric. He doesn’t expect anyone in the media to suddenly go silent. But “listen for a while” is an interesting point. Because many journalists, especially in such places as New York and Washington, could benefit from listening to the voices of Trump supporters and those who are angry and frustrated by the economy and the culture. There have been some tentative steps in this direction, but not enough.

But consider for a moment: What does it say about the press that some of those in Trump World think we’re the political enemy? All administrations come to resent the press, but hasn’t the coverage since last year given Trump and company reason to think they can’t get an even break from the fourth estate?

Trump and Bannon, of course, are speaking as combatants in what the president has called a “war.” But a little self-reflection by the media might be in order.