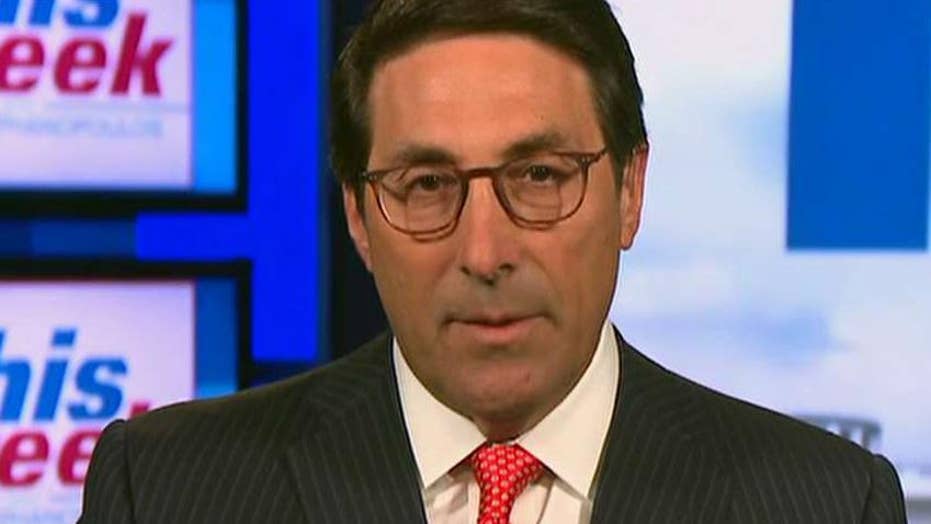 The president, according to his lawyers, wants to do an interview with the special counsel but his legal team has concerns; Ellison Barber reports from Washington.

President Trump attorney Jay Sekulow on Sunday blamed "bad information" for erroneously denying that the president had a role in drafting his campaign's response to a key June 2016 meeting with a Russian lawyer at Trump Tower.

Sekulow's comments came shortly after Trump tweeted earlier Sunday another acknowledgment that the meeting was "to get information on an opponent," which he characterized as "totally legal and done all the time in politics -- and it went nowhere." Trump last year said on Twitter that "most politicians would have gone to a meeting like the one Don jr attended in order to get info on an opponent. That's politics!"

An initial July 2017 statement, dictated by President Trump and issued by Trump Jr. immediately after the meeting came to light, read in part: "We primarily discussed a program about the adoption of Russian children that was active and popular with American families years ago." The statement made no mention of Trump officials seeking damaging information on Hillary Clinton.

"I had bad information at that time and made a mistake in my statement," Sekulow said Sunday on ABC's "This Week. "In a situation like this, over time, facts develop. That's what investigations do."

Trump's lawyers have since acknowledged in a letter to Special Counsel Robert Mueller that the president “dictated a short but accurate response” to initial reports of the meeting.

Trump on Sunday repeated his previous claims that he did not know in advance about the meeting -- backing up Trump Jr., who told the Senate Judiciary Committee the same thing in September 2017 and would face potential criminal liability if he were lying.

Sekulow added that he has "no knowledge" of whether federal investigators are probing Trump Jr., even as critics charge that the secretive discussion might have run afoul of campaign finance law.

Manafort, one of the attendees at the Trump Tower meeting, is currently on trial for unrelated bank and tax fraud charges as part of Special Counsel Robert Mueller's investigation, and Sekulow said that to his knowledge, Trump Jr. is not the target of a federal probe stemming from the meeting.

Some have argued that the Trump Tower meeting involved the illegal exchange of a "thing of value" with foreign nationals for campaign finance purposes, although the extent to which information sharing can legally constitute a "thing of value" is unsettled. Others have said the meeting could provide clues to a broader conspiracy by Trump officials with Russians.

"The question is what law, statute or rule or regulation has been violated and nobody has pointed to one," Sekulow said Sunday.

"I had bad information at that time and made a mistake in my statement."

On July 11, 2017, Trump Jr. released what he said was the “entire email chain” of his conversations setting up the disputed meeting with the Russian attorney, showing what appeared to be an offer to provide information that would “incriminate” Democratic presidential candidate Hillary Clinton as “part of Russia and its government’s support for Mr. Trump.”

Ex-Trump attorney Michael Cohen has since reportedly claimed that President Trump knew in advance of that meeting, amid an ongoing spat in which Cohen has released a secret audio recording of his conversations with Trump.

Separately, Sekulow also touted the White House's efforts to secure the return of Pastor Andrew Brunson, who is currently in home detention in Turkey. First jailed in December 2016, Brunson faces a 35-year sentence if convicted on charges of espionage and "committing crimes on behalf of terror groups without being a member."