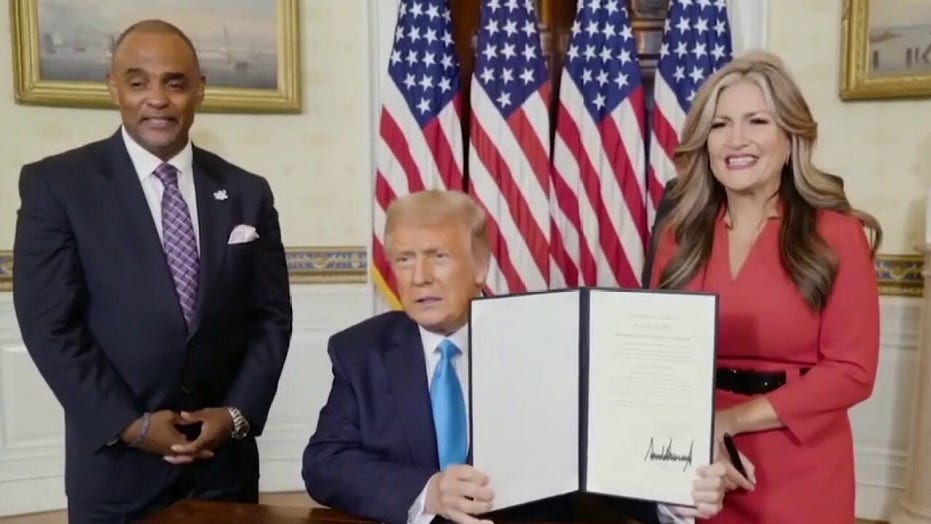 President Trump on Tuesday announced a pardon of Jon Ponder as part of the convicted bank robber-turned activist's appearance at the Republican National Convention.

Ponder, who founded the nonprofit Hope For Prisoners, spoke in a video at the convention, along with Richard Beasley, the FBI agent who arrested him.

The president announced the pardon in a video with Ponder and Beasley, calling Ponder's story "a beautiful testament to the power of redemption."

WHO IS JON PONDER, BANK ROBBER-TURNED ACTIVIST PARDONED BY TRUMP?

"He has created one of the most succesful reentry programs, Hope For Prisoners, in Las Vegas," Trump said in the video taped at the White House. "Hope for prisoners is a movement that began as a dream, in a tiny prison cell, and is now making a difference in the lives of thousands, truly bringing hope that there is an opportunity and a community that is waiting and willing to offer them a second chance."

In the convention video, Ponder said: “First person to help me was actually the FBI agent who arrested me, Rich Beasley. He is now a dear friend. My hope for America is that all people regardless of race, color, class or background will take advantage of the fact that we live in a nation of second chances.”

Beasley said of Ponder: “When I met Jon 15 years ago, he was angry, scared, and facing years in prison. On the drive to jail, we had a long talk and began to understand each other. Five years later, when he got out of prison, Jon and I met for lunch. He was a different man. He talked about starting a re-entry program for men and women coming out of prison.  He knew he could make a difference in the lives of ex-offenders.”

The president in 2018 honored both Ponder and Beasley during a ceremony in the White House Rose Garden during the National Day of Prayer.

Growing up in New York, Ponder became involved in gang life and was first arrested for armed robbery at age 16. He spent the next twenty years in and out of jails before ultimately before getting sent to federal prison for an drug and alcohol fueled bank robbery. 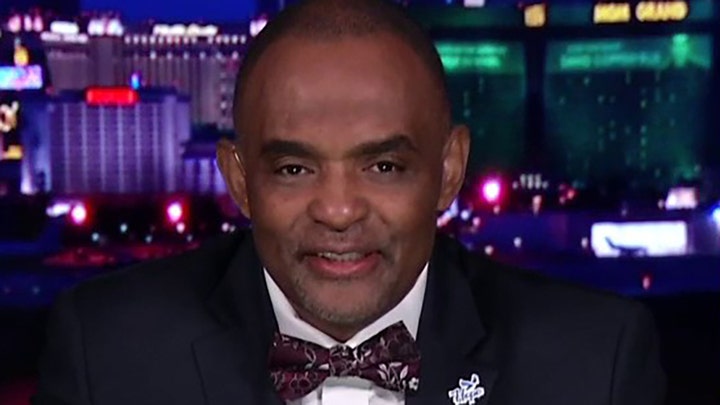 It was during his time in federal lock-up that Ponder found God and, two years after he was released from prison, founded Hope For Prisoners in 2009.

Earlier this year, the Nevada Pardons Board granted him clemency for his past battery convictions. Trump's pardon now clears his record of the federal bank robbery conviction.