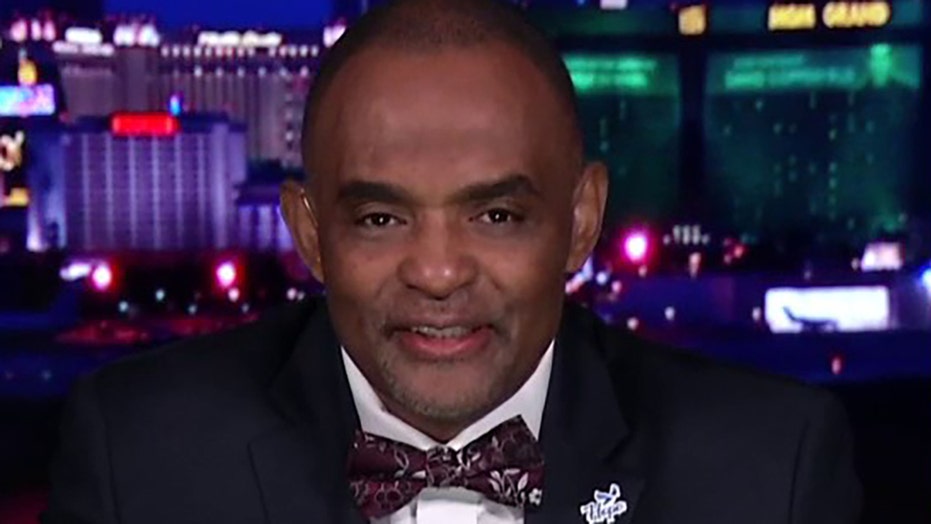 Jon Ponder says being considered for a pardon by President Trump means the world to him on 'Fox &amp; Friends.'

President Trump has issued a full pardon for Jon Ponder, a convicted bank robber from Nevada who started a post-prison program known as Hope for Prisoners, to help people re-enter society.

“Jon we honor your devotion to showing returning citizens that they are not forgotten,” Trump said Tuesday. “I will continue to give all Americans, including former inmates, the best chance to build a new life and achieve their own American dream.”

Read on for more about who Ponder is and why the president issued a pardon.

Ponder grew up in New York and became involved in gangs, and was addicted to drugs and alcohol, leading to his first arrest at the age of 12, he has said. He then spent the next 25 years in and out of prison before landing himself in a federal prison following a drug and alcohol induced bank robbery.

He faced up to 23 years in federal prison, but was only sentenced to five.

How did he catch the president’s eye?

As a prior inmate himself, Ponder started the Hope for Prisoners program after worrying from a prison cell how he was going to restart his life after what would become his final stint in prison.

Hope for Prisoners is an 18-month program that was started in 2009, and involves job training, mentorship and counseling. The initiative has reportedly supported over 3,100 men and women re-entering society post-prison.

How did Trump meet him?

Trump and Ponder met and in 2018 when the president honored Ponder and the FBI Special Agent Richard Beasley, who arrested the then 38-year old in 2004, at a White House Rose Garden ceremony.

Trump then attended a Hope for Prisoners graduation ceremony in February, earlier this year.

Why did Trump pardon him?

"He has created one of the most succesful reentry programs, Hope For Prisoners, in Las Vegas," Trump said in a video taped at the White House. "Hope for prisoners is a movement that began as a dream, in a tiny prison cell, and is now making a difference in the lives of thousands, truly bringing hope that there is an opportunity and a community that is waiting and willing to offer them a second chance."

In the video, Ponder stood next to the president, and on the other side of Trump was Beasley -- the two have become “lifelong” friends since Ponder’s incarceration.

“My hope for America is that formerly incarcerated people will be afforded the opportunity to take advantage of the fact that we live in a nation of second chances,” Ponder said from the White House. “My hope for America is that law enforcement and people in communities across our country can come together and realize that as Americans we have more in common than we have differences.”