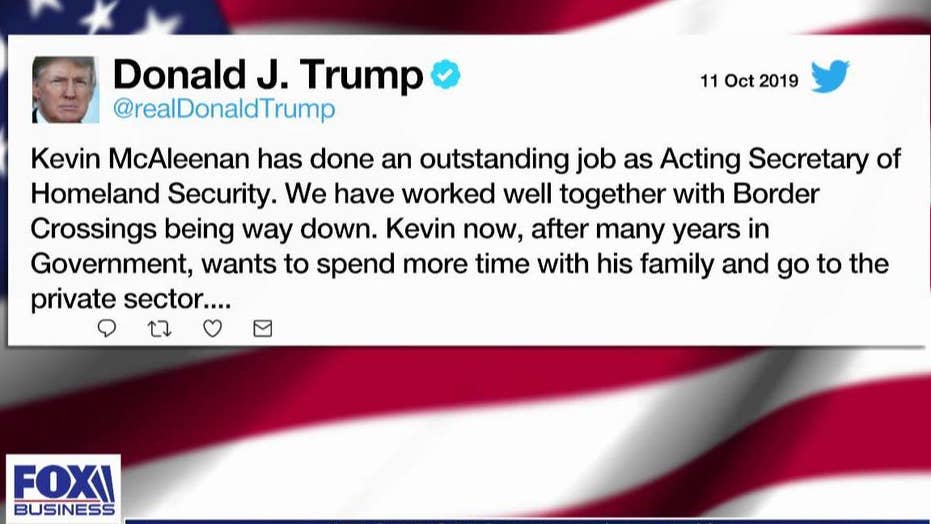 "Kevin now, after many years in Government, wants to spend more time with his family and go to the private sector," Trump tweeted shortly before taking the stage at a rally in Lake Charles, La. "Congratulations Kevin, on a job well done!"

The president added that the new acting homeland security secretary would be announced next week and said he had "Many wonderful candidates" to fill the position.

A former senior DHS official with close ties to the administration told Fox News on Friday that U.S. Citizenship and Immigration Services acting Director Ken Cuccinelli is on the top of President Trump's list to be the next acting secretary.

The source noted that a Senate confirmation hearing would be bruising for Cuccinelli but "he, [White House adviser] Steve Miller and Trump are all in sync on a number of key policies. They have been trying to clear the way for a while."

Former Kansas Secretary of State Kris Kobach would likely be Trump's second choice, the official added. While Transportation Security Administration (TSA) Administrator Dave Pekoske is next in line according to succession rules, Miller doesn't think "he is tough enough," the source said.

McAleenan called senior DHS leaders Friday night and said he was "leaving because of family," a source familiar with the call told Fox News. The same source also said McAleenan has been "on the outs with the White House, they didn't listen to him anymore, and he knew he wasn't going to get nominated" as DHS secretary.

McAleenan issued a statement Friday night following the president's announcement, thanking him for "the opportunity to serve alongside the men and women of the Department of Homeland Security."

"With his [Trump's] support, over the last six months we have made tremendous progress mitigating the border security and humanitarian crisis we faced this year, by reducing unlawful crossings, partnering with governments in the region to counter human smugglers and [addressing] the causes of migration, and [deploying] additional border security resources," he said.

McAleenan took over in April after Secretary Kirstjen Nielsen quit, and he was the fourth person to lead the department in two years. Trump hasn't named anyone to the job yet -- the acting deputy is David Pekoske, the head of the Transportation Security Administration.

McAleenan, a longtime U.S. Customs and Border Protection official, was seen as a level head who could effectively manage the border crisis, but like many other former administration officials who came before, Trump eventually soured on him.

The 240,000-person department is tasked with election security and cybersecurity, disaster response and even the Secret Service. But for Trump, the Department of Homeland Security means one thing: immigration. The president's signature issue makes the department his focus and his ire. Balancing a White House eager to push major changes with the reality on the ground is a constant challenge. 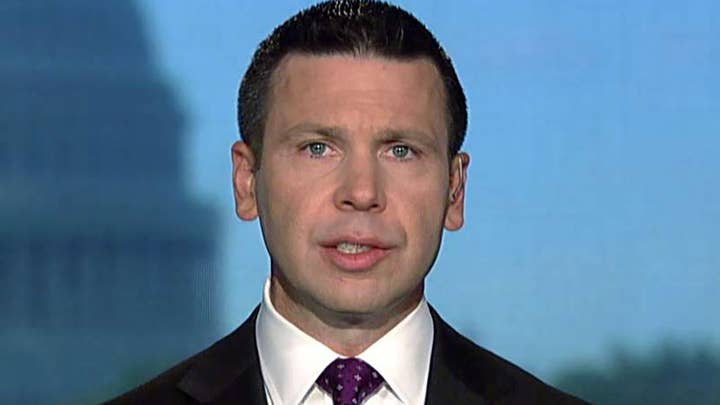 On Monday, McAleenan was shouted off stage during a speaking engagement at Georgetown Law School by audience members protesting the Trump administration’s policies on immigration.

"I was going to challenge them on how we could talk and start a dialogue about how to fix it," McAleenan said. "But, apparently [I] didn't get that opportunity."

When it was clear that Georgetown Law Center was "not going to change that direction of that dialogue," McAleenan realized it was "time to go."

The Law Center released a statement sharing McAleenan's regret and said: "Georgetown is deeply committed to freedom of speech and expression."

McAleenan had said the border crisis was at its "breaking point" during a visit to Texas in March, reiterating there were not enough agents to respond.

Before serving in government, McAleenan practiced law in California. He attended Amherst College in Massachusetts and holds his law degree from the University of Chicago.