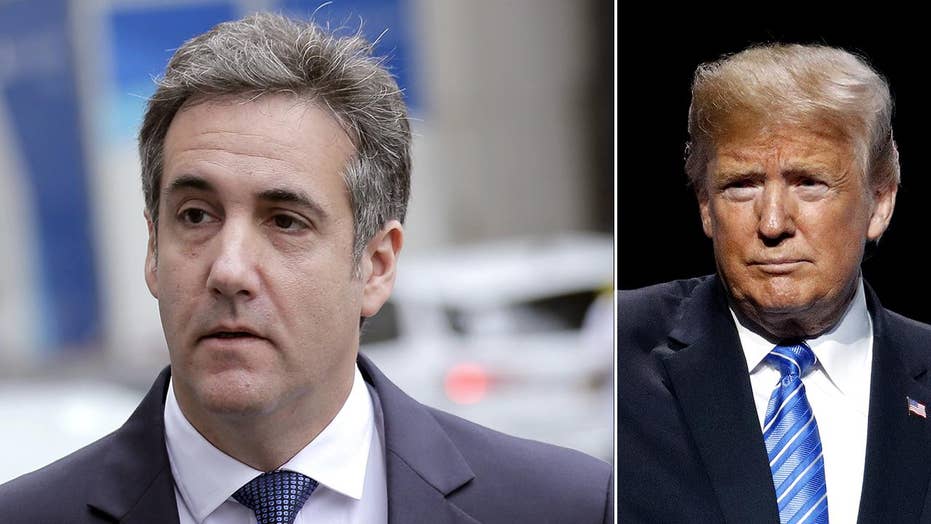 President Trump's personal lawyer says the meaning of the conversation between then-candidate Donald Trump and his then-attorney Michael Cohen is 'crystal clear.'

President Trump and his legal allies fired back Wednesday at his former attorney Michael Cohen after the leak of a taped conversation in which the two appear to discuss the possibility of buying the rights to a Playboy model’s story claiming an affair with Trump.

“What kind of a lawyer would tape a client? So sad! Is this a first, never heard of it before? Why was the tape so abruptly terminated (cut) while I was presumably saying positive things? I hear there are other clients and many reporters that are taped - can this be so? Too bad!” Trump tweeted.

The president was referring to how the tape cut out immediately after the discussion in question. Rudy Giuliani, Trump’s personal attorney, claimed to Fox News that the rest of the recording would have been “exculpatory from the point of view of the president.”

The release of the tape amounted to a stunning release of evidence, seized as part of the FBI raid on Cohen earlier this year. It forced Trump’s legal team to scramble to counter suggestions that Trump was well aware of talks to buy the rights to model Karen McDougal’s story, despite claims to the contrary. 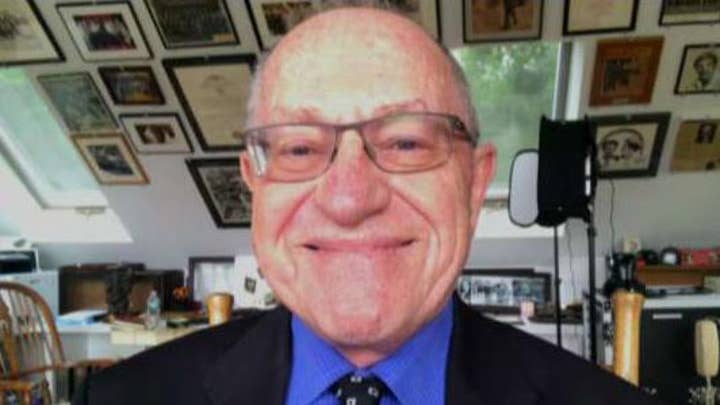 Giuliani, speaking with Fox News' Laura Ingraham, host of “The Ingraham Angle,” maintained Tuesday that Trump did not know about the proposed transaction before the conversation.

“There’s no indication of any crime being committed on this tape,” he said.

“The end result is no payments were made, no cash was given,” he said. “There’s no crime here. There’s no impeachable offense here.”

Dershowitz also slammed Cohen, saying he’s “not as loyal to the president as he once was” and “shouldn’t have recorded this.”

The tape was provided to CNN Tuesday by Cohen's attorney and longtime Clinton confidant Lanny Davis. The recording, made before the 2016 election, has them discussing a possible payment to buy the story of former Playboy model McDougal. 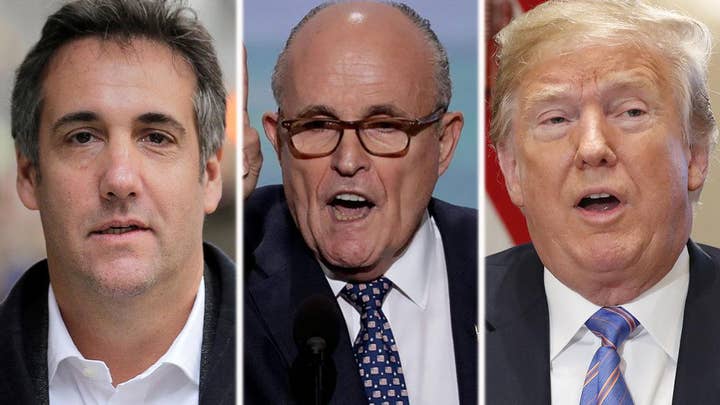 On the recording, Cohen tells Trump: "I need to open up a company for the transfer of all of that info regarding our friend David," a possible reference to David Pecker, Trump's friend and president of the National Enquirer's parent company, American Media Inc. The conversation came weeks after the parent company reached a $150,000 deal to pay McDougal for her story of a 2006 affair, which it never published, a tabloid practice known as "catch and kill."

Cohen then starts to say: "When it comes time for the financing," at which point Trump cuts him off and says, "What financing?"

What comes next is garbled and ultimately unclear. Cohen says they’ll “have to pay” something, and Trump can be heard saying “pay with cash” – after which Cohen repeatedly says “no, no, no.”

A transcript provided by the Trump legal team, though, asserts that Trump said: “Don’t pay with cash . . . check.”

Giuliani told Fox News on Tuesday they listened numerous times to the tape and determined the then-candidate told Cohen, “Don’t pay with cash.”

Giuliani, speaking with Laura Ingraham, admitted that the audio was muffled, but said the rest of the recording -- had it not stopped -- would have been “exculpatory.” Dershowitz and Guiliani both said Trump wanted to make sure any such transaction had a record.

CNN on Tuesday played the secretly recorded audiotape from two months before the 2016 presidential election.

Davis told CNN that Trump’s lawyers “fear” Cohen because he “has the truth” about Trump. He questioned claims that Trump wasn’t talking about “cash.”

Trump denies the alleged affair ever happened and his campaign had said he knew nothing about the payment.

U.S. Rep. Adam Schiff, D-Calif, ranking member of the House Intelligence Committee, posted on Twitter that the Cohen tape shows that Giuliani was "untruthful" when he said Trump didn't know about the payments. He said the move was "campaign motivated" and "regardless of cash or check, whole point of phony corp. was to hide campaign expenditure."