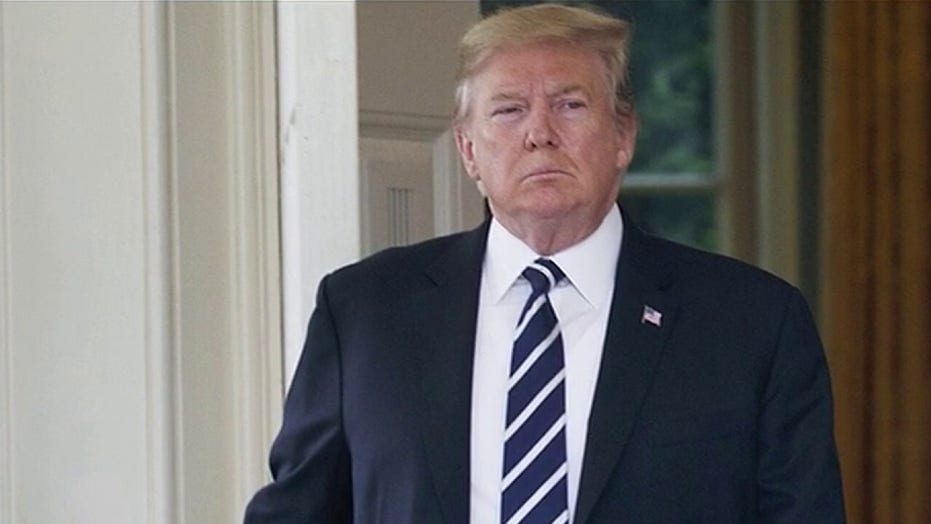 President Trump’s aides and his reelection campaign are defending his looming executive order that would temporarily suspend immigration to the United States as “common sense” while the country grapples with the coronavirus crisis.

The president announced his intention to sign the executive order Monday night, which he said would protect against the novel coronavirus, while also protecting “the jobs” of American citizens.

TRUMP TO 'SUSPEND IMMIGRATION INTO US' BY EXECUTIVE ORDER

White House Press Secretary Kayleigh McEnany defended the president’s move early Tuesday, saying that the president is “committed to protecting the health and economic well-being of American citizens as we face unprecedented times.”

“As President Trump has said, ‘Decades of record immigration have produced lower wages and higher unemployment for our citizens, especially for African-American and Latino workers,’” McEnany said.

She added: “At a time when Americans are looking to get back to work, action is necessary.”

“President Trump’s immigration policy just makes sense as the United States fights the war against the coronavirus,” Murtaugh said Tuesday. “He has two main goals: to protect the health and safety of Americans and to safeguard the economy. This decision addresses both.”

“At a time when our economy has been artificially interrupted by the virus, introducing more competition for jobs would worsen unemployment and depress wages, especially in Black and Latino communities,” Murtaugh continued. “Preventing further entrance of people potentially infected with the virus is an additional safety measure for the country.”

“President Trump always puts America first and a huge majority of Americans see this policy as common sense,” he added. “The usual suspects are sniping from the sidelines, but they have always cared more about scoring political points against the President than they do about anything else.”

It is unclear, at this point, the exact details of the executive order. Due to the pandemic, almost all visa processing by the State Department, including immigrant visas, has been suspended for weeks.

The president’s Republican allies in Congress applauded the move, while Democrats blasted the policy altogether.

Rep. Don Beyer, D-Va., meanwhile, said Trump was looking for "someone to blame for his own failure."

"Immigration has nearly stopped and the US has far more cases than any other country," Beyer wrote on Twitter, without adjusting his statistic to consider the larger population in the United States. "This is just xenophobic scapegoating.”

Added Sen. Kamala Harris, D-Calif.: "Trump failed to take this crisis seriously from day 1. His abandonment of his role as president has cost lives. And now, he's shamelessly politicizing this pandemic to double down on his anti-immigrant agenda. Enough, Mr. President. The American people are fed up.”

Aside from the pending immigration ban, the U.S. has already enacted a slew of entry restrictions. The U.S. recently agreed with both Canada and Mexico to extend border restrictions on nonessential travel for another 30 days, through May 16 and May 19, respectively.

However, people with temporary work visas, students and business travelers were exempted, along with emergency personnel.

The president has also already has blocked most travel from other hotspots, including most of Europe, Iran, South Korea and China.

On Monday, the U.S. government said it will continue to quickly expel migrants it encounters along the border with Mexico for at least another month in response to the COVID-19 outbreak.