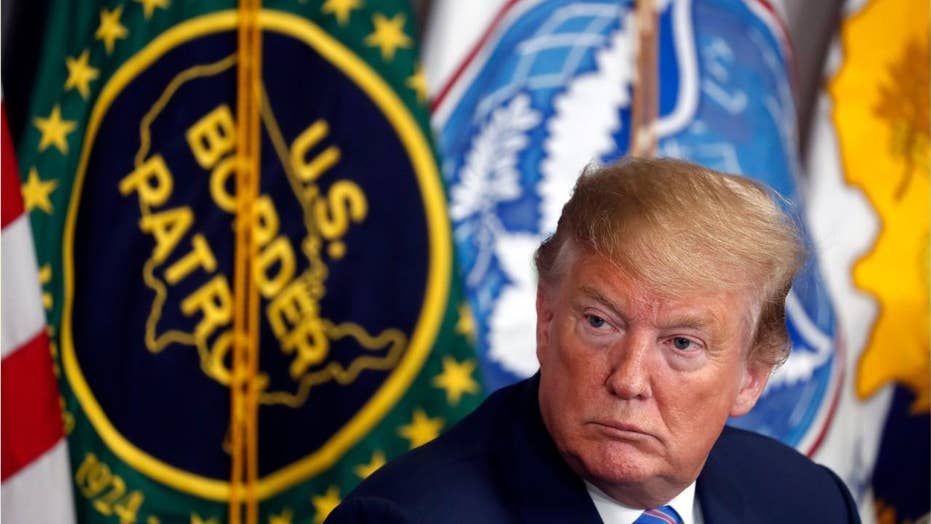 An appeals court has sided with President Trump on an asylum rule to limit claims from Central America.

The Trump administration on Wednesday proposed a rule that would expand the list of crimes, including some misdemeanors, for which a migrant can be barred from being granted asylum in the U.S.

"Because asylum is a discretionary benefit, aliens who are eligible for asylum are not automatically entitled to it," the rule says. "Rather, after demonstrating eligibility, aliens must further meet their burden of showing that the Attorney General or Secretary should exercise his or her discretion to grant asylum."

The proposed regulation, announced by the departments of Justice and Homeland Security, would provide seven additional restrictions for asylum eligibility to those already in place.

The rule would then bar any migrants convicted of a felony under federal or state law, as well as offenses including alien smuggling, illegal re-entry or a crime involving criminal street gang activity.

The rule would also bar migrants from claiming asylum who had been convicted of offenses including driving under the influence (DUI) and domestic violence.

Most controversially, the rule would also apply to misdemeanors related to false identification, drug possession and welfare fraud -- something likely to raise the ire of pro-migrant and other civil rights groups.

The rule would only apply to crimes that had been committed in the U.S., meaning it would mostly target those migrants already in the U.S. or who had been removed from the U.S. and then attempted to re-enter.

These restrictions would be in addition to existing barriers already in place -- including for terrorist activity and for “particularly serious crimes.” The rule would also remove provisions that require the reconsideration of a discretionary decision to deny asylum by officials -- a move that officials say would reduce costs and make the courts more efficient.

It marks the latest move by the administration to cut down on dangerous or fraudulent asylum seekers coming into the country. The administration has secured a series of regional agreements that involve migrants sent to other countries for asylum claims, including with Mexico and Guatemala.

Within the homeland, the administration has taken a tougher line on "sanctuary cities," or jurisdictions that do not comply with detainers filed by federal immigration officials requesting that criminal illegal immigrants be held by local authorities until federal officials can take them into custody and begin deportation proceedings.

The proposed rule will be up for publication consideration and the comment period ends on Jan. 21.