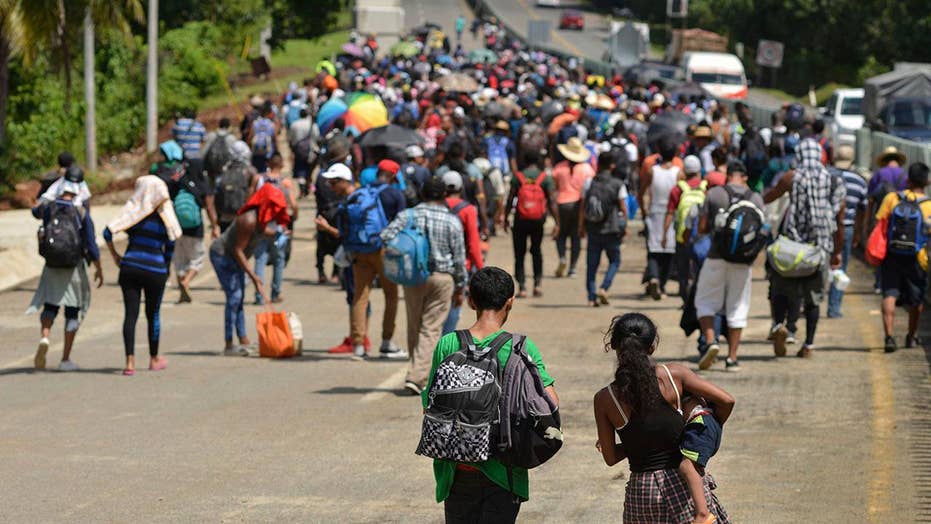 Acting USCIS Director Ken Cuccinelli reacts on 'Fox and Friends' to the issue taking a backseat on the debate stage.

EXCLUSIVE: Law enforcement apprehended or turned away 42,649 migrants at the southern border in November, according to preliminary data reviewed by Fox News -- a sixth month of declines that the administration is hailing as proof that the set of policies and initiatives to combat the border crisis is working.

The numbers (33,510 apprehended and 9,139 deemed inadmissible) represented a decline of roughly six percent since October, and a drop of over 70 percent since the height of the crisis in May, when more than 144,000 migrants were encountered.

The Department of Homeland Security (DHS) data showed that the number of apprehensions of Central American family units has decreased by approximately 85 percent since May. The numbers were lower compared to the last fiscal year (FY) as well. So far in FY 2020, enforcement actions have been 29 percent lower than FY 2019 at this time.

The decline has come as the administration has taken a number of measures to end the border crisis and stem the flow of migrants north from Central America. Key to that has been ending the practice of “catch-and-release” by which migrants were held and then released into the U.S. as their hearings rolled on, often for years.

Officials attributed the decrease in apprehensions partly to the reduction of the pull factors drawing individuals up to the border. Now that most migrants have not been released inside the U.S., there has been less incentive for them to make that dangerous journey, and even if they do attempt it, the policies have made it easier for the government to send migrants home or to another country to await their hearings. 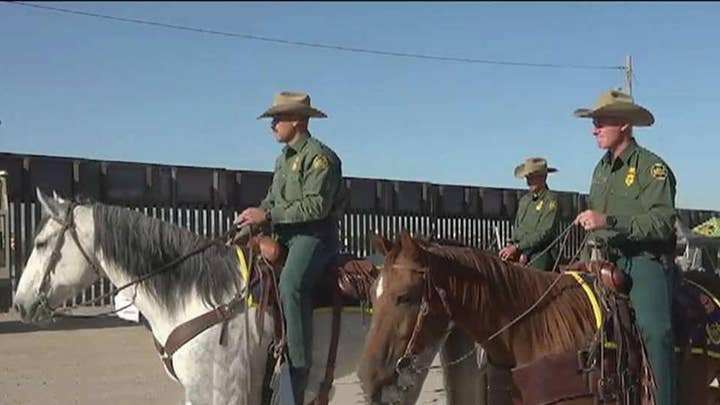 The cornerstone of the administration’s new approach has been the Migrant Protection Protocols (MPP) -- involving migrants being sent back to Mexico to await their hearings. Known as the “Remain in Mexico” policy, officials said that in addition to keeping migrants out of the U.S., it has reduced hearing times from years to just a few months.

“The importance of MPP can’t be stated enough, it is what’s allowed us to take control of the crisis that we saw in April and May. The idea is to make sure we process individuals in a timely manner but make sure they wait south of the border,” Acting DHS Secretary Chad Wolf told Fox News last month.

The policy has been challenged in the courts, with critics saying it violated migrants' rights and also put them at risk of violence by sending them back to Mexico. A decision in the Ninth Circuit Court of Appeals is expected in the coming weeks.

Several Democrats seeking the White House in 2020 have attacked the policy, calling for it to be abolished. Sen. Bernie Sanders, I-Vt., has called for migrants to be allowed into the U.S. to make their claims “to qualified asylum officials, pursuant to international law.”

That policy by the administration has been combined with a host of other measures, including regional agreements with El Salvador, Honduras and Guatemala attempting to take a regional approach to the border crisis, and involving migrants claiming asylum there instead of the U.S.

Last month the administration announced it has started to send migrants to Guatemala as part of its “safe third country” agreement with the Central American nation.

“The president’s strategy to address the historic flood of Central American family units illegally crossing the border has worked and catch and release is over,” a senior administration official told Fox News.

“We are removing, returning, and repatriating more illegal aliens, including Central American families, than ever before, and illegal border crossing cases are completed faster than ever,” the official said.

Accompanying the regional agreements: more traditional deterrents such as a wall on the southern border. The administration has built approximately 90 miles of wall and has been ramping up efforts to try building approximately 450 miles of the barrier by the end of next year.