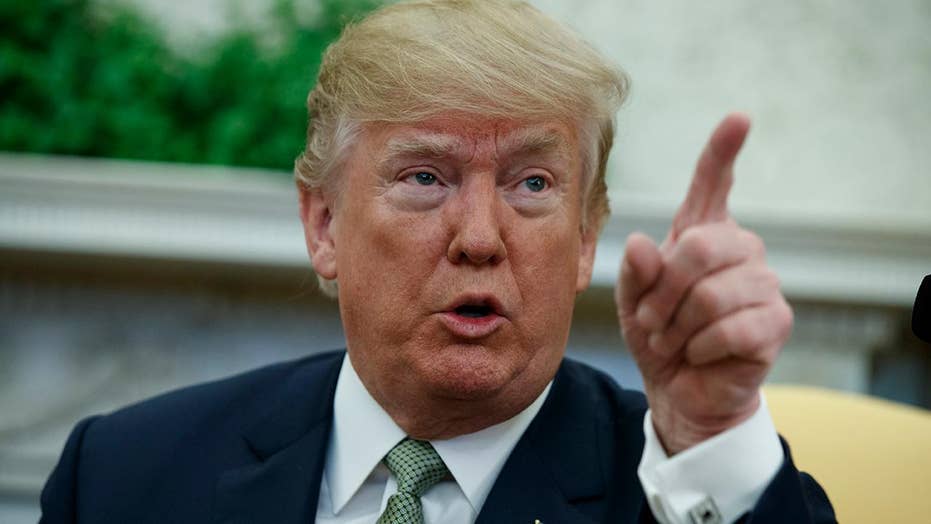 The Trump administration on Thursday sanctioned 19 Russian individuals and five Russian entities for allegedly interfering in the 2016 election and engaging in cyber-attacks.

The announcement was made by the Department of the Treasury and includes the 13 Russians who were recently indicted in Special Counsel Robert Mueller’s probe.

“These targeted sanctions are a part of a broader effort to address the ongoing nefarious attacks emanating from Russia,” Treasury Secretary Steven Mnuchin said in a statement.

Report: Russians did more than attempt to meddle in election

The sanctions mean all property of these individuals and entities subject to U.S. jurisdiction are blocked. United States people are also prohibited from engaging in transactions with them.

The Treasury Department said the sanctions are meant to counter Russia’s destabilizing activities, including its interference in the 2016 election and its destructive cyber-attacks. The department cited the NotPetya attack, a cyber-attack the White House and the British government have attributed to the Russian military.

Last month, 13 Russians and three Russian companies were indicted in Mueller’s probe, accused of a sophisticated plot to wage “information warfare” against the U.S.

Hillary Clinton accuses President Trump of ignoring and 'surrendering' to the threat of Russia. But what about President Obama? #Tucker

The sanctions also target two entities and six individuals accused of being cyber actors operating on behalf of the Russian government.

The sanctions come as leaders of the United States, Germany and France have joined together with the United Kingdom in accusing Russia of being behind the nerve agent attack on an ex-Russian spy.

In a joint statement Thursday, President Trump, French President Emmanuel Macron, German Chancellor Angela Merkel and British Prime Minister Theresa May said they "abhor" the attack against Sergei Skripal, 66, and his 33-year-old daughter, Yulia, in Salisbury on March 4. A police officer who came to the pair's aid was also sickened.

"This use of a military-grade nerve agent, of a type developed by Russia, constitutes the first offensive use of a nerve agent in Europe since the Second World War," the statement said.

The Trump administration also accused Russia on Thursday of a concerted, ongoing operation to hack and spy on the U.S. energy grid and other critical infrastructure.

U.S. national security officials said the FBI, the Homeland Security Department and American intelligence agencies determined that Russian intelligence and others were behind the attacks on the energy sector.

The U.S. government has helped energy businesses kick out the Russians from all systems currently known to have been penetrated, according to the officials.

The officials, who briefed reporters on condition of anonymity to discuss sensitive national security information, left open the possibility of discovering more breaches, and said the federal government was issuing an alert to the energy industry to raise awareness about the threat and improve preparation.

The accusations and accompanying sanctions are some of the strongest actions to date by the administration to punish Russia for hacking and other efforts to sow discord in the American democracy.

Fox News’ Lucia I. Suarez Sang and The Associated Press contributed to this report.