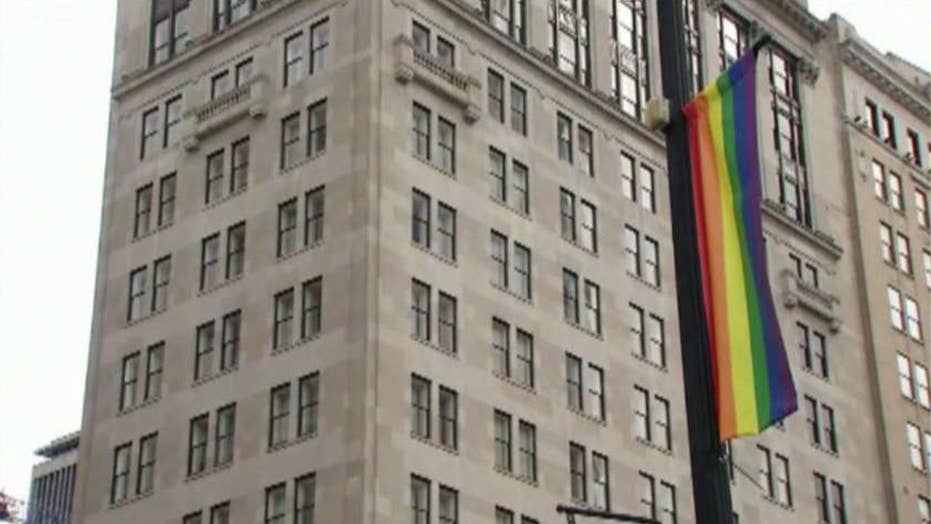 A newly proposed regulation from the Trump administration will end the Obama-era policies restricting federal funds from flowing to some faith-based adoption organizations.

The Department of Health and Human Services (HHS) proposed a new rule Friday that would allow faith-based foster care and adoption agencies to continue receiving federal money even if they turn away same-sex couples on the basis of the agencies' religious beliefs.

The new rule would roll back regulations put in place under former President Barack Obama that included sexual orientation as a protected trait under anti-discrimination protections. Under the current law, religious groups must request a waiver in order to apply for an HHS grant.

The Trump administration argues that the new rule is necessary to support the efforts of religious providers who are willing to help vulnerable communities. It would apply to a broad range of organizations that receive federal support, such as those that get federal funding to help the homeless or prevent HIV.

The Family Research Council, a conservative advocacy group, said charities would no longer have to choose between "abandoning their faith or abandoning homeless children."

"Thanks to President Trump, charities will be free to care for needy children and operate according to their religious beliefs and the reality that children do best in a home with a married mom and dad," Family Research Council President Tony Perkins said.

The proposed grant regulation targets the current Obama rule saying that it could "reduce the effectiveness of programs funded by federal grants by reducing the number of entities available to provide services under these programs."

But LGBT groups said the administration's plan would reduce the pool of qualified parents wanting to adopt or foster a child. They said that nearly 123,000 foster children are awaiting adoption, and the rule would make even fewer families available to them."Religious liberty is not a license to discriminate," the  American Civil Liberties Union (ACLU) wrote on Twitter. "The needs of children in our foster care system must come first."

"Even worse: It would impact hundreds of billions of dollars of taxpayer funds and recipients of a broad range of services including individuals experiencing homelessness, those in HIV prevention programs and children and families involved in the foster care system," the ACLU added.