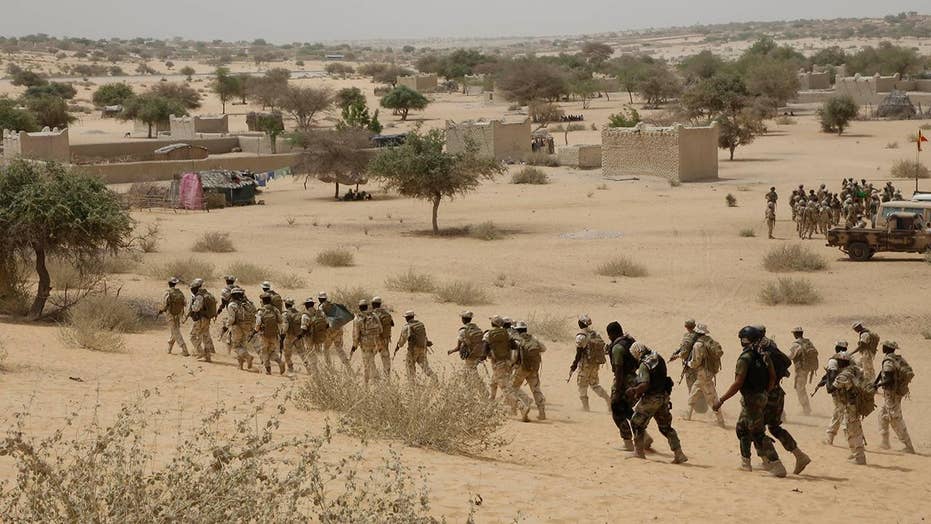 US pledges up to $60M to terror fight in Africa

The Trump administration Monday pledged up to $60 million to support the counterterrorism efforts of a five African nation force to fight the growing terrorist threat in the Sahel region of Africa. Four American servicemen were killed in a terrorist attack earlier this month in Niger — one of the Sahel countries who are part of the fighting force.

Walid Phares, a Fox News national security and foreign policy expert, said the Islamic State, Al Qaeda and Boko Haram already have penetrated vast areas and warns that the Sahel could turn into the “next reservoir” for Jihadi terror. He says those are the terrorists “who will penetrate Europe and later the U.S.”

“Forming a Sahel force backed by the U.S. and France is the strategic response to the expansion of the jihadists,” Phares explained. He has lectured on the subject to United States Africa Command and to members of Congress and the European parliament. He added there is a need for a “Sahel regional-NATO.”

“The Sahel has a trans-Sahara jihadi network and thus the U.S. and its allies need to establish a trans-Sahara coalition force to respond,” he said. “Certainly $60 million is a small amount to cover such a force, but it is, I guess, a start to the process.”

Le Drian encouraged a multilateral aid package for the burgeoning military force known as the G5 Sahel force, which is made up of military personnel from Mali, Niger, Chad, Mauritania and Burkina Faso.

Le Drian said the terrorist groups in the Sahel represented “a global threat to both regional stability and international security.”

“The situation has a direct on effect on the security of a number of countries in Africa, Europe and the rest of the world,” he said. “It calls for a clear, strong, coordinated U.N. response, but also a response by each and every one of us,” the French foreign minister said.

United States Ambassador Nikki Haley told members of the council that the U.S. was committed to stabilizing the region. She warned of the growing problem of “violent extremism,” but added the U.S. had reservations of the force being run by the U.N.

“I note that we also have serious and well-known reservations about using U.N. resources to support non-U.N. activities,” Haley stated.

“The United States will continue its longstanding bilateral support to the G5 members’ security forces. We will also continue to work closely with our partners to help the G5 force be effective and well-coordinated with other counterterror efforts in the region,” Haley emphasized. “The United States is committed to stabilizing the Sahel region.”

Earlier in the day, Secretary of State Rex Tillerson announced that the U.S. would pledge up to $60 million dollars in support of the G5 Sahel Joint Force’s counterterrorism efforts.

His statement read, “This money will bolster our regional partners in their fight to ensure security and stability in the face of ISIS and affiliated groups and other terrorist networks. This is a fight we must win, and these funds will play a key role in achieving that mission.

“We think that countries like the U.S. who have done an initial step today is very important,” he said, “but we think that as we are going forward and as the U.N. is considering a new resolution, perhaps we will see more tangible support for the countries in the Sahel. And we are also ready to play our part. We are taking risks, we are putting our soldiers at risk, we are putting our financial resources, but what we are tackling is a global threat that we should not be left alone to deal with.”

The size of the regional force could climb to 5,000 troops, and the cost of the force’s first year’s operation is expected to be around $400 million. 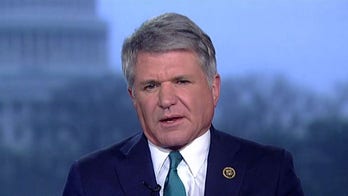 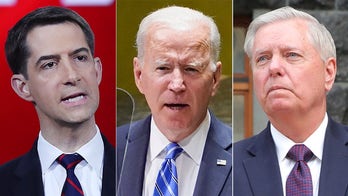