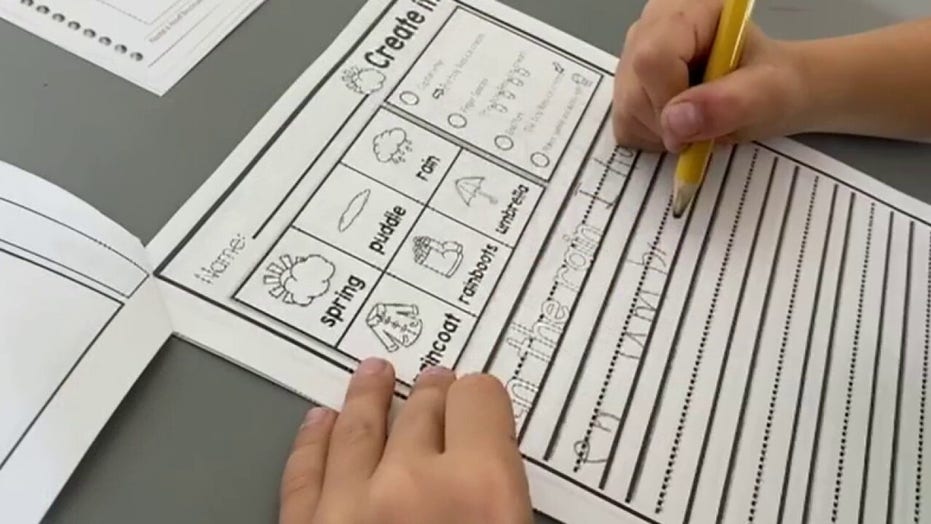 How to help your child deal with the coronavirus

EXCLUSIVE: The Trump administration on Tuesday is launching a safety pledge with the National Center for Missing and Exploited Children in an effort to prevent attacks from online predators and sex traffickers, as the nonprofit has seen “a dramatic increase” in reports of child sex exploitation since the coronavirus pandemic began.

The initiative, according to the official, aims to provide free resources to help parents, educators and other caregivers learn more about the risks that children face online and bring awareness to the dangers of child trafficking.

“With an increased use of social media and gaming platforms while at home, there are more opportunities than ever for abusers to exploit children online,” Ivanka Trump said. “This administration is fighting to protect our children from online predators and traffickers at every turn.”

The administration’s renewed focus on online child exploitation comes after NCMEC witnessed “a dramatic increase” in reports of “sexual exploitation with a potential increase in vulnerability of children.”

The nonprofit said that reports of online child exploitation have increased as much as 126% during COVID-19.

Meanwhile, according to a recent NGO study, more than 50% of domestic minor sex trafficking survivors interviewed met their traffickers via a website, app, or text.

“While our understanding of the impact of COVID-19 and social distancing on child safety will continue to develop, we know more time online means more direct access to children, including those who intend to harm them,” the White House and NCMEC said in a statement Tuesday. “With a majority of children being educated remotely this fall and more children online and using devices and unfamiliar platforms for school lessons and social interactions, it is essential that we work together to help them stay safe.”

Acting DHS Secretary Wolf also said that the Department of Homeland Security has employed officials who are working to protect and rescue children from criminals who seek to harm or exploit them, “including cyber criminals.”

He added: “Never has online safety of our nation’s youth been more important than it is right now.”

Wolf noted that the DHS is leveraging its resources in “the fight” and “equipping parents,” and “training children.”

The Safety Pledge will have a website, which will include a toolkit with safety tips and “fun activities and conversation starters” to help parents, teachers and caregivers “guide children on how to navigate the online world.

The website will also include “the Safety Pledge,” which invites participants to publicly commit to learning more about online safety. Those who participate, according to a White House official, are encouraged to share the pledge with at least two others that they know.

The “Safety Pledge” comes amid a number of efforts and steps taken by the Trump administration to combat human trafficking and online child exploitation.

Last week, the Justice Department awarded more than $101 million investment in grants to combat human trafficking, which the administration has touted as the “largest package in U.S. history.” The funding is set to provide resources to support victim service providers, strengthen human trafficking task forces, and provide victim housing assistance across the nation.

Earlier this year, Ivanka Trump announced that the president would be proposing a $42 million budget increase for 2021 to support victims and efforts to prosecute criminals who take part in human trafficking.

In January, President Trump signed an executive order to create the first-ever White House employee position focused solely on combating human trafficking, and directing the Justice Department and DHS to help propose legislative actions that “would overcome information-sharing challenges” and “improve law enforcement’s capabilities” in detecting real-time sharing of child sexual abuse material on the internet, including material referred to in Federal law as “child pornography.”

Human trafficking is "believed to be" one of the largest-scale crimes in the world, with 24.9 million people trapped by human traffickers who make more than $150 billion in annual profit for the industry, Ivanka Trump said earlier this year, adding that there are no demographic limitations to human trafficking, which exploits society's most vulnerable populations like women and children.