GOP must now navigate through Trump and Trumpism.

The President Trump-backed 1776 Commission released a report on the state of American education Monday in what the White House described as a "rebuttal" to the New York Times "1619 Project" and other historical accounts that take a critical view of the country’s earliest days.

"The 1776 report,"  released on Martin Luther King Jr. Day, was developed in response to Trump’s call to promote "patriotic education" in schools. In the report, the commission argues that schools "should reject any curriculum that promotes one-sided partisan opinions, activist propaganda, or factional ideologies that demean America’s heritage, dishonor our heroes, or deny our principles.

"Neither America nor any other nation has perfectly lived up to the universal truths of equality, liberty, justice and government by consent," the report says. "But no nation before America ever dared state those truths as the formal basis for its politics, and none has strived harder, or done more, to achieve them." 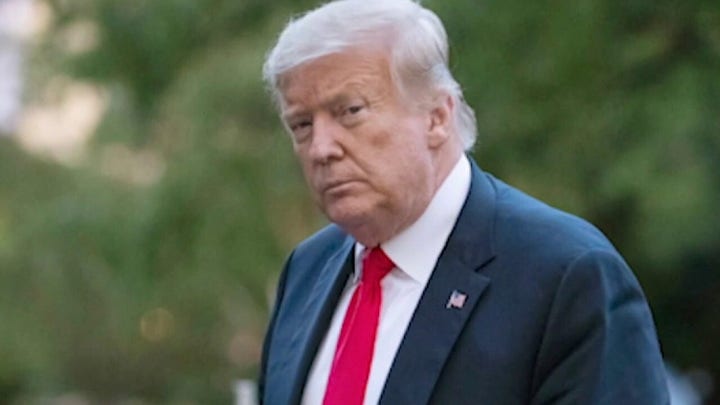 Trump first announced plans to form the commission last September after protestors during nationwide protests against racism toppled statues depicting Founding Fathers who had owned slaves. At the time, the president tweeted that he would "stop the radical indoctrination of our students."

In one passage, the 1776 Commission argued that America's founding fathers should not be seen as hypocrites for espousing freedom despite the existence of slavery in the country.

"The most common charge leveled against the founders, and hence against our country itself, is that they were hypocrites who didn’t believe in their stated principles, and therefore the country they built rests on a lie," the report says. "This charge is untrue, and has done enormous damage, especially in recent years, with a devastating effect on our civic unity and social fabric."

"Many Americans labor under the illusion that slavery was somehow a uniquely American evil," the report adds. "It is essential to insist at the outset that the institution be seen in a much broader perspective."

Much of Trump’s criticism has focused on the "1619 Project," a series of long-form essays by the New York Times Magazine which sought to reexamine American history by analyzing the long-term consequences of slavery and the contributions of Black Americans.

"Critical race theory, the 1619 Project and the crusade against American history is toxic propaganda, ideological poison, that, if not removed, will dissolve the civic bonds that tie us together, will destroy our country," Trump said at a press conference last September announcing plans for the commission.

Proponents of the "1619 Project" argue its critical examination of American history is a necessary critique of the country’s failings. However, the project has drawn criticism from a number of historians who have questioned its accuracy.

The 1776 Commission’s report identifies the "1619 Project" as an example of a "radicalized challenge" to past views of American history that sought to "diminish our shared history and disunite the country by setting certain communities against others."

"Such works do not respect their students’ independence as young thinkers trying to grapple with social complexity while forming their empirical judgments about it," the report says. "They disdain today’s students, just as they doubt the humanity, goodness or benevolence in America’s greatest historical figures. They see only weaknesses and failures, teaching students truth is an illusion, that hypocrisy is everywhere, and that power is all that matters."

The report adds that U.S. colleges are "often hotbeds of anti-Americanism, libel, and censorship that combine to generate in students and in the broader culture at the very least disdain and at worst outright hatred for this country."