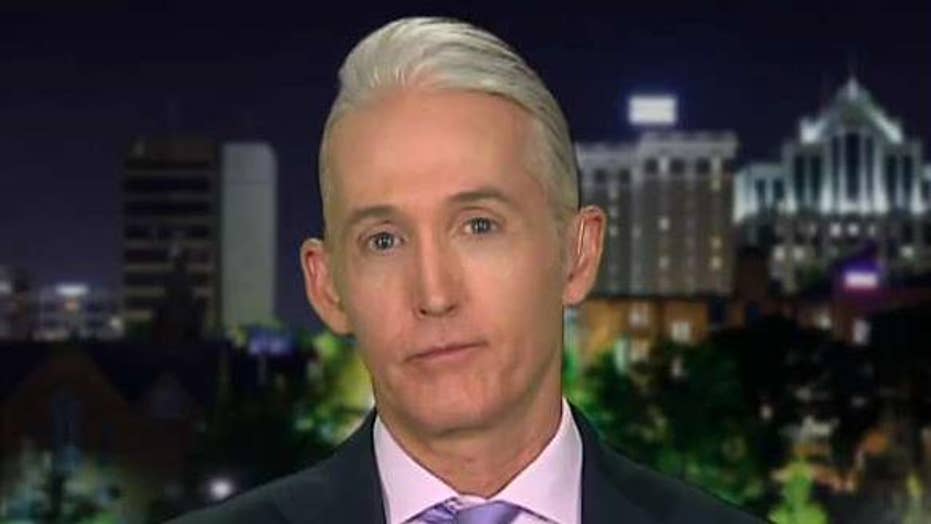 Gowdy: I want to know how the FBI assessed Steele

Former congressman Trey Gowdy appeared on "Hannity" Monday where he reacted to Attorney General William Barr appointing  a U.S. attorney to examine the origins of the Russia investigation, saying investigators had an "easy road map."

"This is the fourth person that's been charged with investigating the origins of the Russia probe. So I'm more interested in how quickly they do it and how effectively they do it more than the numbers. If this is the right person to do it, more power to them. There's an easy road map to follow," Gowdy told host Sean Hannity.

John Durham, the U.S. attorney in Connecticut, will conduct the inquiry, a source told Fox News. The move comes as the Trump administration has pushed for answers on why federal authorities conducted the surveillance -- as well as whether Democrats were the ones who improperly colluded with foreign actors.

Durham will determine if intelligence collection efforts targeting the Trump campaign were "lawful and appropriate."

Gowdy explained to Hannity what in particular should be investigated by the U.S. attorney.

"We know the origins of the Russia probe, what the Russians did to us. I want to know the origins of when bureau began to intermingle the Trump campaign with the Russia probe. You just quoted Lindsey Graham they want to stop Trump. All he was doing was quoting Peter Strzok. That's what Peter Strzok said in a text. 'No, we'll stop it.' So what are the origins then I want to know how did the FBI assess Christopher Steele? They have their own internal documents," Gowdy said.

Gowdy was asked by Hannity, if the Russian dossier was used to lie to the FISA court in order "undo a duly elected president" and take him down.

"The lead agent in charge of investigating this, said he thought Trump would be destabilizing, had an insurance policy, and promised his lover he would stop it. You answer it," Gowdy said.

Fox News' Gregg Re, Jake Gibson and Catherine Herridge contributed to this report.