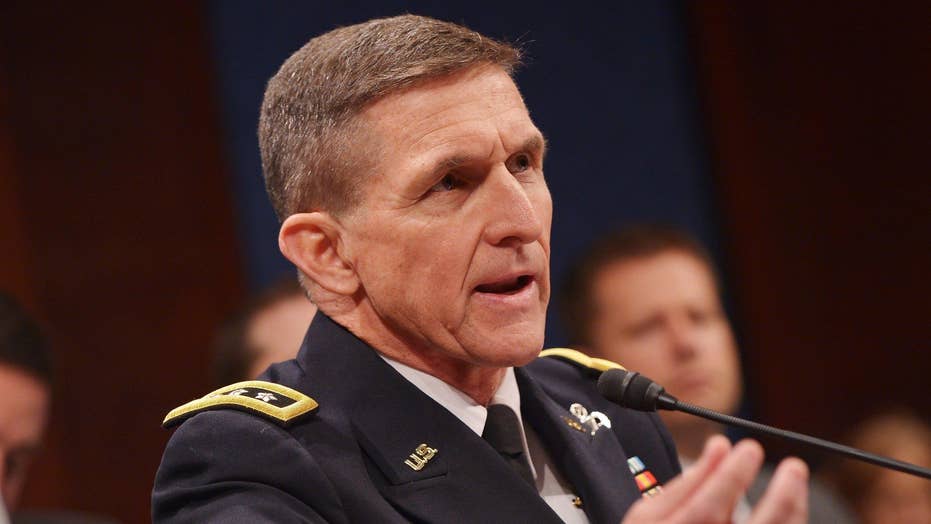 Intelligence officials say the national security adviser may have indicated the Trump team would relieve the sanctions once in office; Jennifer Griffin reports on 'Special Report'

Why Robin Townly, an NSC senior director for Africa and a former Marine, was denied access remains unclear. But his departure appears to be another problem for Flynn roughly two months into the job as President Trump’s top adviser on national security issues.

Flynn also is also under fire for a phone call he had with Sergey Kislyak, the Russian ambassador to the United States, before Trump was sworn-in as president in late January because it purportedly included talk about U.S. sanctions on Russia.

On Thursday, a Flynn spokesman said the director of the Defense Intelligence Agency has “no recollection of discussing sanctions (but) he couldn’t be certain that the topic never came up.”

Politico reports, according to sources, that Townly’s clearance was blocked by the CIA because he has been critical of the agency.

However, a military intelligence source told Fox News on Saturday that CIA Director Mike Pompeo and Flynn have an "extremely solid" working relationship.

Trump administration critics have raised concerns about the connections between Russia and Flynn, a retired Army lieutenant general, citing a paid speech Flynn gave in Russia and a dinner he had in 2015 with Russian President Vladimir Putin.