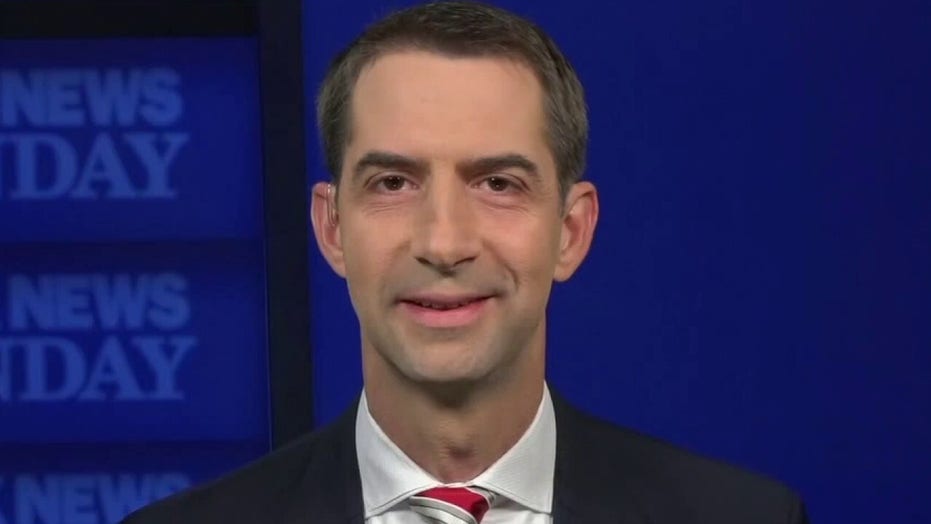 Sen. Tom Cotton said on "Fox News Sunday" that the Senate "will move forward without delay" in confirming a new Supreme Court justice to the seat of late justice and women's rights pioneer Ruth Bader Ginsburg -- as Senate Judiciary Committee member Sen. Chris Coons said Republicans are being hypocritical by moving to advance a nominee.

"My condolences to Justice Ginsburg's family and my regard for her lifelong dedication to public service," Cotton, R-Ark., said of the justice, who is regarded as one of the lions of the legal profession and was the face of the liberal bloc of the Supreme Court.

"The Senate will exercise our constitutional duty," Cotton said, saying the Senate would process the nomination and hold hearings. "We will move forward without delay."

Asked whether a vote would happen before the presidential election, Cotton noted that it was possible, but not guaranteed.

"There will be a vote, there have been some cases like Justice Ginsburg herself" when the confirmation process "took less than 44 days," Cotton said. "There have been other cases which it took longer, so it's too soon to say right now." 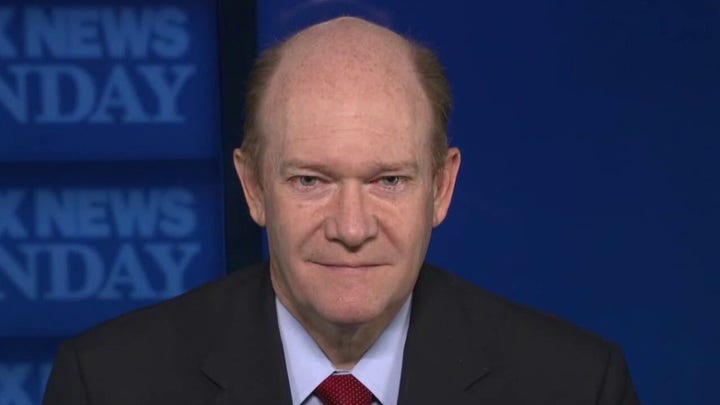 Meanwhile, Coons, D-Del., implored Republicans to honor a precedent he says they set in 2016 by blocking then-President Barack Obama's nomination of Merrick Garland, a judge on the D.C. Circuit Court of Appeals, as well as the reported dying wishes of Ginsburg that whoever is elected on Nov. 3 choose her successor.

"My condolences to the family, the loved ones, of Justice Ruth Bader Ginsburg," Coons said. "She spent 27 years on our country's highest court as a towering figure, a trailblazer, someone who fought for gender equity."

Coons added: "Her dying wish, dictated to her granddaughter, as she passed on Rosh Hashana, was that the voters should choose the next president. The next president should choose her successor. That's because she understood deeply our Constitution and the significance of the Supreme Court and its legitimacy. For the Republican majority to push through a new justice in a partisan confirmation process will further divide our country, will further challenge the legitimacy of the court, and I think would dishonor Justice Ginsburg's legacy."

"Fox News Sunday" host Chris Wallace pushed back on Coons, showing him comments he made in 2016 telling senators to "do our jobs" and process the Garland nomination.

Coons said that among key differences between now and then are the fact that early voting for president has already started -- the 2016 vacancy fight started much earlier in the year as presidential primaries were still raging. Further, Coons said, there was not as significant a precedent in 2016, but now Republicans have entrenched one.

"The Republican majority set this new precedent," Coons said. "They set it in 2016, they fought hard for it. In fact, the chairman of the Judiciary Committee Lindsey Graham restated it in 2018. So if they were going to set a new precedent that in an election year there shouldn't be a hearing, meetings, votes, they should live by it."

Wallace also pushed back on Cotton, playing his own words from 2016 when he told the Senate that they should hold off on processing the Garland nomination and give American voters a say in who nominated the next Supreme Court justice. Cotton said that 2016 is different, too, but in the mandate voters gave the Republican Senate majority in the most recent midterms

"In 2014 the American people elected a Republican majority to the Senate to put the brakes on President Obama's judicial nominations. In 2018 we had a referendum on this question. Just a month before the 2018 midterms we had the vote on Justice Kavanaugh. There could not have been a clearer mandate," Cotton said, referencing that Republicans managed to actually expand their Senate majority in 2018 despite losing the House.

Senate Majority Leader Mitch McConnell, R-Ky., has made a similar argument since 2016, saying it would be consistent for Republicans to confirm a justice nominated by President Trump.

Trump has said that he will nominate a person to fill Ginsburg's seat and McConnell has sworn that nominee will get a Senate vote. Democrats, however, have said that the person elected president on Nov. 3 should make the selection. They've alluded that if they take the Senate and presidency they could bust the Senate legislative filibuster next year and pack the Supreme Court in retaliation if Republicans move ahead. Senate Minority Leader Chuck Schumer, D-N.Y., has said "nothing is off the table" in that case.

Wallace asked Coons whether or not Democrats would take those actions if a Trump nominee is confirmed and Democrats manage to take the Senate and presidency as Republicans replace Ginsburg. He did not directly answer the question, but said the Senate "shouldn't be racing through this partisan process" and that he would "see if I can't pursuade some friends" to "respect" tradition and precedent by putting off a confirmation vote on a Trump nominee.