WH official: Trump has not made a decision on FISA memo

Deputy Press Secretary Hogan Gidley says on 'Fox News @ Night' that the White House is in the final stages of reviewing the controversial FISA memo.

It was late December. Congressional Republicans had just basked in a celebration at the White House after votes to approve their tax bill.

Then it was back to reality.

A dour mood set in as Republicans hustled back to Capitol Hill. There was a nighttime meeting in the basement of the Capitol about a temporary spending bill to avoid a government shutdown at Christmas.

Implicit in that conversation was an understanding that Super Glued to the stopgap plan was an interim renewal of the controversial “Section 702” of the Foreign Intelligence Surveillance Act, or FISA. It was set to expire at the end of 2017.

FISA Section 702 is a rabbit warren of controversy. Many lawmakers fretted the U.S. could lose a key weapon to fight terrorism should Congress fail to reauthorize the program. Section 702 permits the government to sweep up the communications of foreign nationals in the U.S., sans a warrant. But civil libertarians worry about the “warrantless” aspect of the operation. There’s concern the program also siphons communications of everyday Americans who may be in contact with people outside the U.S.

Congress voted to fund thje government and leave for the holidays, simultaneously giving the thumbs up to FISA. There was some outcry from civil libertarians from both sides of the aisle. But few wanted to shutter the government at Christmas. Lawmakers latched the FISA component of the legislation to the spending package as an afterthought. Section 702 didn’t go dark at the end of the year as homeland security officials warned.

Come mid-January, FISA defenders and Congressional leaders knew they couldn’t affix another extension of the spy system to the next spending plan. Doing so could drag down the appropriations measure by itself, pitching the government into a shutdown. Well, that happened anyway. But not because of FISA. In mid-January, the House voted 256-164 to reauthorize FISA Section 702 for six years. However, that wasn’t without a fire drill. President Trump sent some confusing tweets on the morning of the vote, denigrating FISA and alleged surveillance of his campaign. House Minority Leader Nancy Pelosi, D-Calif., and Rep. Adam Schiff, D-Calif., the top Democrat on the Intelligence Committee, both suggested GOP brass yank the FISA bill from the floor. But after some tense moments, the bill moved ahead.

Things were on edge in the Senate a few days later. Senate Majority Leader Mitch McConnell,  R-Ky., appeared to be two votes shy of halting a filibuster to finish debate on the bill. But after an hour of negotiations and arm-twisting, Sens. John Kennedy,  R-La., and Claire McCaskill,  D-Mo., voted yes. The Senate vaulted the filibuster threat 60-38. The Senate then re-upped the FISA program 65-34.

Then all hell broke loose.

The supposition is that law enforcement authorities went to the Foreign Intelligence Surveillance Court to get a warrant to spy on the President’s campaign. It’s believed the evidence presented to the court to justify the FISA warrant stems from a dossier written by Democrats to perhaps smear Mr. Trump and those around him.

The GOP’s memo tactics ignited a firestorm. One can debate the merits and demerits of Nunes’s gambit. But one thing is clear: FISA is a controversial program. FISA supporters struggled to renew the program after former National Security Agency employee Edward Snowden swiped gobs of secrets in 2013. Snowden’s revelations spurred a debate over the Constitutionality of the nation’s mass surveillance techniques.

Multiple sources familiar with the GOP memo claim the purported transgressions aren’t linked to privacy and Section 702. However, support for FISA is fragile. The House and Senate may have faced a challenge to renew Section 702 had the memo come out prior to the vote to extend the spying efforts.

“That was part of our consideration,” said one House GOP source familiar with the memo.

In other words, get the program reauthorized, then publicize the memo.

House Speaker Paul Ryan, R-Wis., talked with Trump the morning of his questionable tweets which threatened the FISA vote. Ryan supports FISA as a tool to fight terrorism. Ryan backs releasing the memo. Yet the Speaker defended the memo as a means to guard against putative FISA abuses.

“What it is is the Congress’s legitimate function of oversight to make sure the FISA process is being used correctly,” said Ryan at the GOP retreat in White Sulphur Springs, WV. “If it wasn’t being used correctly, that needs to come to light and people need to be held accountable so this doesn’t affect our civil liberties.”

Those are virtually the same arguments that members of the “privacy caucus” make about FISA all the time. Ryan’s language could have come as easily from liberals like Sens. Ron Wyden, D-Ore., and Patrick Leahy, D-Vt., or conservatives such as Sen. Rand Paul, R-Ken., or Rep. Justin Amash, R-Mich. All hold reservations about FISA.

FISA supporters rarely addressed “civil liberties” concerns when the program faced renewal in December and in January. But according to Ryan, those issues are paramount when it comes to the memorandum.

Were there problems with FISA before? Or are there only problems when presented in the context of a controversial memo and the President’s campaign? Why weren’t those civil liberties concerns aired before the House and Senate votes on FISA? This is why some are suspicious about motives behind releasing the memo. There’s always a challenge when making a case for intelligence-related programs on Capitol Hill. Much of it is steeped in secrecy so it’s hard to know what’s right or not.

Take our word for it, both sides say.

FISA is supposed to protect Americans from terrorism and enhance law enforcement. That’s what supporters want you to think. Detractors see FISA Section 702 as an affront to civil liberties.

Maybe it is. Maybe it isn’t. But the program would have faced additional scrutiny had concerns outlined in the memo appeared before the House and Senate reauthorization votes.

After all, timing is everything. 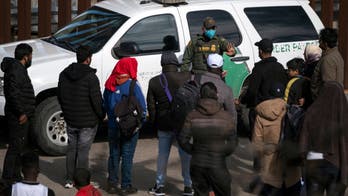 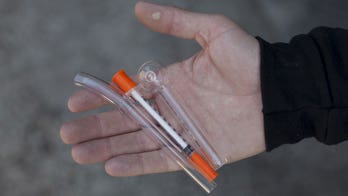