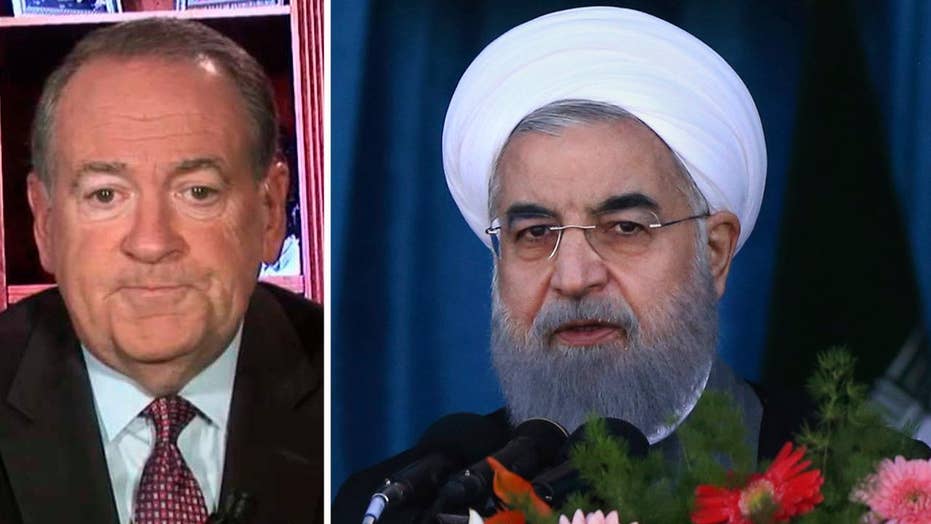 Secretary of State Rex Tillerson ratcheted up criticism Wednesday of the Obama-era nuclear deal with Iran, publicly confirming the Trump administration is conducting a “comprehensive review” and declaring they have “no intention of passing the buck.”

In some of his toughest language yet, Tillerson said at a brief press conference that the Iran deal “fails to achieve the objective of a non-nuclear Iran,” and only delays it becoming a nuclear state.

He faulted the agreement for “buying off” a foreign power with nuclear ambitions, saying: “We just don’t see that that’s a prudent way to be dealing with Iran.”

The statement comes after he said in a letter to House Speaker Paul Ryan, R-Wis, that the administration has undertaken a full review of the agreement to evaluate whether continued sanctions relief is in the best interest of the U.S.

In the same notification, the administration said Iran is complying with the landmark nuclear deal negotiated by former President Obama, and the U.S. has extended sanctions relief to Tehran in exchange for curbs on its atomic program.

But Tillerson noted in his letter, and repeated during his appearance Wednesday, that Iran continues to foment violence around the world.

“Iran spends its treasure and time disrupting peace,” he said Wednesday. “Iran’s nuclear ambitions are a grave risk to international peace and security.”

While not saying definitively whether the administration is inclined to uphold or scrap the deal, Tillerson said they will meet the challenge of Iran with “clarity and conviction” once the review is done.

“The Trump administration has no intention of passing the buck to a future administration on Iran,” he said, claiming the deal represents the “failed approach” of the past.

Tillerson also likened Iran's behavior to that of North Korea. He said an unchecked Iran could pursue the same path as Pyongyang "and take the world along with it."

As a candidate in the 2016 presidential election, Donald Trump was an outspoken critic of the deal but had offered conflicting opinions on whether he would try to scrap it, modify it or keep it in place with more strenuous enforcement. Tuesday's determination suggested that while Trump agreed with findings by the U.N.'s nuclear watchdog, the International Atomic Energy Agency, that Iran is keeping to its end of the bargain, he is looking for another way to ratchet up pressure on Tehran.

The nuclear deal was sealed in Vienna in July 2015 after 18 months of negotiations led by former Secretary of State John Kerry and diplomats from the other four permanent members of the U.N. Security Council — Britain, China, France and Russia — and Germany. Under its terms, Iran agreed to curb its nuclear program, long suspected of being aimed at developing atomic weapons, in return for billions of dollars in sanctions relief.