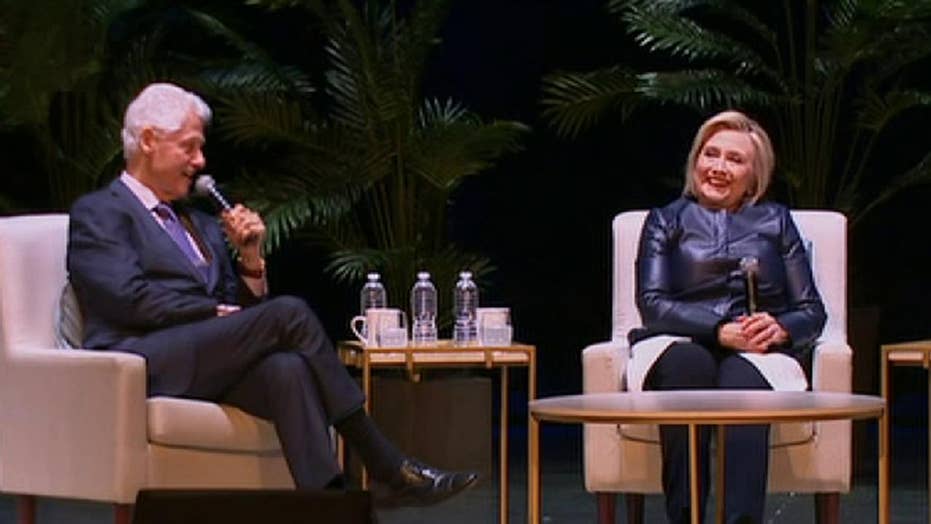 The Clintons talk about abolishing the electoral college

Bill and Hillary Clinton react during a speaking tour in New York City.

Tickets to the latest stop on Bill and Hillary Clinton’s speaking tour were going for as little as $20 on the secondary market as their 13-city adventure continued to struggle to find an audience.

The best seats in the house at Seattle’s WaMu Theater on Friday could be had for $829, a steep 54% drop from the $1,785 that the former first couple fetched when the tour was announced in early November.

But organizers soon had to slash listed prices and even offer discount ducats through Groupon to boost sales.

The official prices for Friday’s appearance ranged from $66.50 to $519, the Seattle Times reported.

“I really believe that we are in a crisis, a constitutional crisis,” Hillary Clinton opined during the 90-minute performance, presented as an interview of her and her husband by actor Bradley Whitford. “This is a test for our country.”