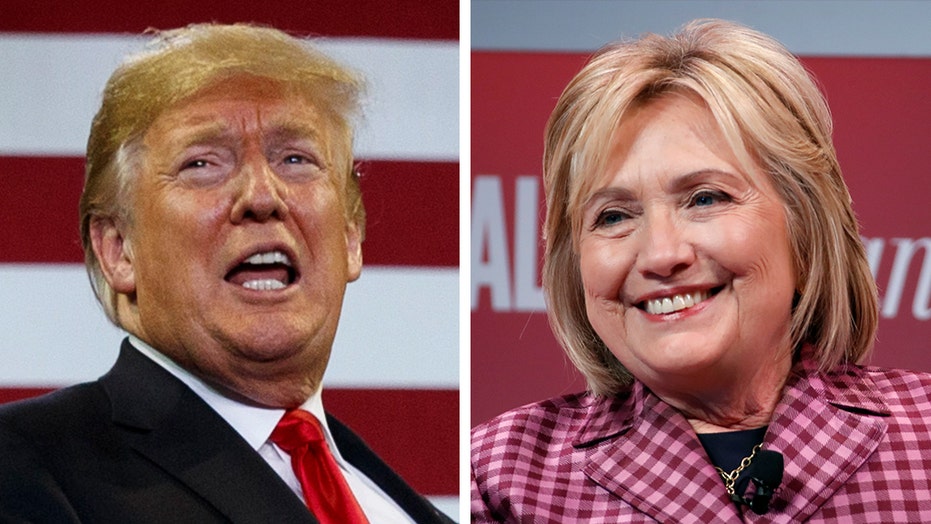 Hillary Clinton took some time out amid her latest speaking tour to get in another shot at President Trump.

The tour, dubbed “An Evening with the Clintons,” rolled through DC’s DAR Constitution Hall on Saturday night. But this time, the event featured a video with comedian Jordan Klepper in which Clinton reads portions of the Mueller report.

The video, shot for Comedy Central’s “Klepper,” shows Hillary and Bill discussing different crowdfunding options they could take part in, one of which is an audiobook of Special Counsel Robert Mueller’s report read by Secretary Clinton.

“Gosh, I would definitely contribute to that,” Hillary said in the video.

TRUMP THOUGHT PRESIDENCY WAS OVER WHEN TOLD OF MUELLER'S APPOINTMENT: 'THIS IS THE END... I'M F---ED'

After Klepper pointed out he had a copy of the report available, Clinton kicked off the dramatic reading by saying: “All right, let me start it.”

“Oh my God. This is terrible. This is the end of my Presidency. I'm f---ed,” Hillary read, while seemingly attempting to adopt a Trumpian tone.

The quote was attributed to Trump in the special counsel’s report, allegedly after being told of Mueller’s appointment by then-Attorney General Jeff Sessions.

HILLARY CLINTON UNLOADS ON ASSANGE, CALLS HIM 'ONLY FOREIGNER THAT THIS ADMINISTRATION WOULD WELCOME TO THE US'

“According to notes written by [Sessions' chief of staff Jody] Hunt, when Sessions told the President that a Special Counsel had been appointed, the President slumped back in his chair, and said, ‘Oh my God.  This is terrible. This is the end of my Presidency. I'm f-----’,” the report reads.

“The President became angry and lambasted the Attorney General for his decision to recuse from the investigation, stating, ‘How could you let this happen, Jeff?’”