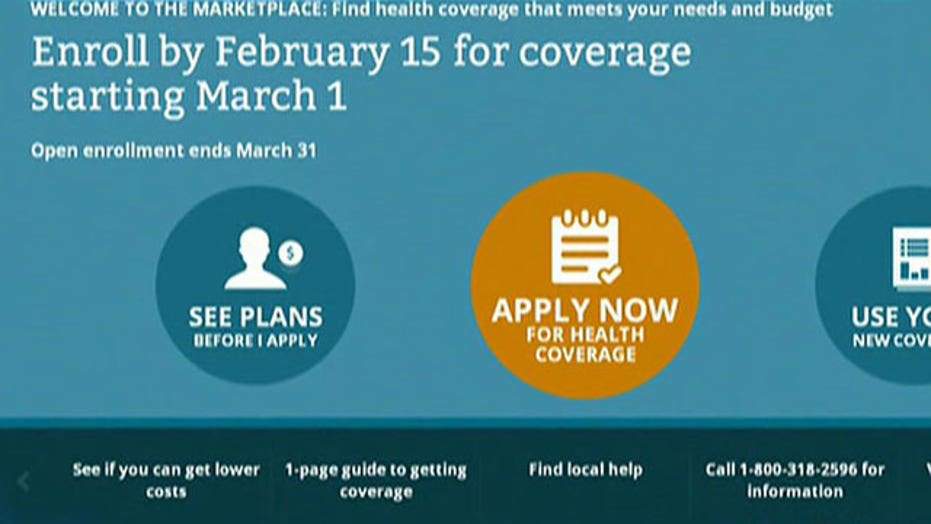 Reaction from The Hill's Bob Cusack

Thousands of people who tried to sign up for a health plan via the federal healthcare exchange website, Healthcare.gov, have seen their appeals to fix site issues go unanswered.

The Washington Post, citing internal government data, reports that approximately 22,000 Americans have filed appeals to try and get site errors corrected. The complaints range from being denied coverage altogether to being overcharged for coverage to being steered into the wrong program.

So far, months after the site launched October 1, the appeals have been untouched. What's more, the Post reports, people who have tried to call the marketplace directly for assistance, have been told that the Healthcare.gov computer system is not yet allowing workers to correct enrollment records.

In theory, error appeals can be filed through the site itself, by phone, or by mail. However, only the mail appeal is currently available. But according to the Post, the appeal by mail process only goes as far as scanning the seven-page forms and transferring them to a computer system, where they currently sit unread and uncorrected.

A CMS spokesman told the Post "We are working to fully implement the appeals system." In the meantime, the paper reported, applicants are being told to go back to Healthcare.gov and start over, thought it is not clear how many of the 22,000 who complained of errors have done so.

However, the lack of action on appeals means that some who signed up for plans taking effect January 1 have been stuck with health plans costing them too much. One of those, 27-year-old West Virginian Addie Wilson, told the Post she was paying $100 more per month than necessary for her insurance, with a deductible that's $4,000 too high.