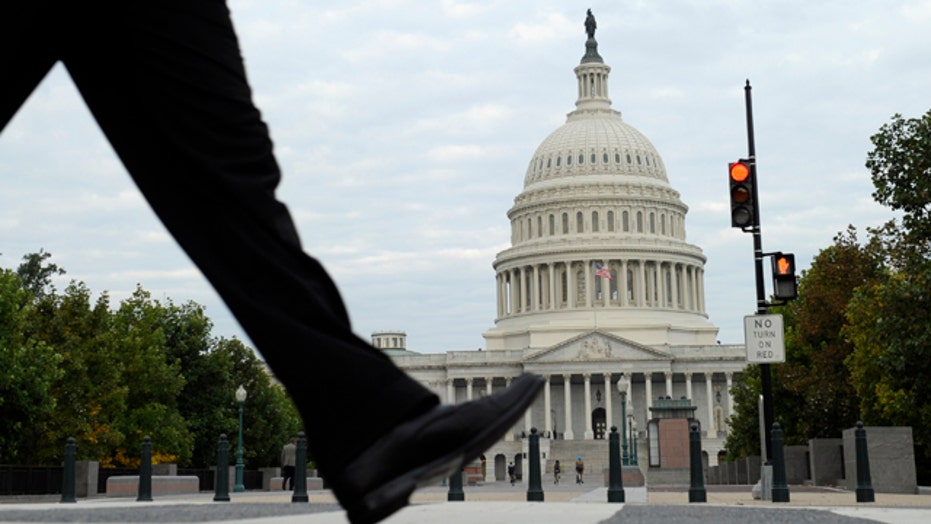 While the effects of the partial government suspension are starting to be felt, one thing's for sure: The budget stalemate woes would pale in comparison to the fallout from an impasse over the debt ceiling.

The financial markets are already starting to get the jitters over the prospect of a debt-ceiling showdown. A similar stand-off in 2011, combined with the shaky state of America's finances, contributed to the first-ever U.S. credit downgrade. Washington would risk another, and worse, if officials cannot come to an agreement by an Oct. 17 deadline.

"There is a consensus that we shouldn't do anything that hurts this recovery that is a little bit shallow, not very well established, and is quite vulnerable. And the shutdown of the government but particularly a failure to raise the debt ceiling would accomplish that," Goldman Sachs CEO Lloyd Blankfein said, after a meeting at the White House with other executives. "There is precedent for a shutdown. There is no precedent for default."

The debt-ceiling debate is now the backdrop to virtually all discussions about how to resolve the current impasse over the budget. While the federal government can limp along with fewer workers and fewer services, a failure to raise the debt ceiling could cause shockwaves.

The Dow Jones Industrial Average took a dive Wednesday morning amid concerns over the deadlock in Washington. President Obama, meanwhile, met with the CEOs of major banks to discuss both the partial shutdown and the debate over the debt ceiling.

Obama has invited congressional leaders from both parties to meet at the White House at 5:30 p.m. ET on Wednesday, where both those topics will be on the table.

Obama and others warn that a failure to raise the debt ceiling would have consequences that ripple through the economy.

"It would be far more dangerous than a government shutdown -- as bad as a shutdown is. It would be an economic shutdown," the president said Monday.

The worst-case scenario is a default on U.S. debt, though there are other ramifications short of that that would also impact Americans. The government would be forced to make strategic decisions about what to spend limited money on, so many government functions could once again be suspended. Further, interest rates could rise, jacking up the cost of student loans, mortgages and other loans. That's to say nothing of the impact on the stock market, and Americans' retirement accounts.

Some Republicans want to use the debt-ceiling vote to extract additional concessions, much of which pertain to cutting spending.

"I'm not going to raise the debt ceiling yet again without addressing why we're in debt," Sen. Lindsey Graham, R-S.C., told Fox News. He and other Republicans argue that these spending cuts are critical in order to bring the federal budget back to a sustainable level and, ultimately, start to reverse the seemingly inexorable rise of the national debt.

Some Republicans, though, also want to use the debt-ceiling vote to extract concessions over ObamaCare. From their standpoint, it's for the good of the economy.

Rep. Ted Poe, R-Texas, like many of his colleagues, said the overwhelming message he hears from business owners is their dislike of Obama's health care overhaul, which is at the center of Congress' impasse and the government shutdown. Likewise, Rep. Steve Chabot, R-Ohio, said he mostly hears business owners complain "about the negative effects of `Obamacare' upon their ability to do business and hire people."

The Chamber of Commerce recently sent a letter to Congress urging lawmakers to resolve both issues.

"We respectfully urge the Congress to raise the debt ceiling in a timely manner and remove any threat to the full faith and credit of the United States government," the letter signed by hundreds of businesses said.