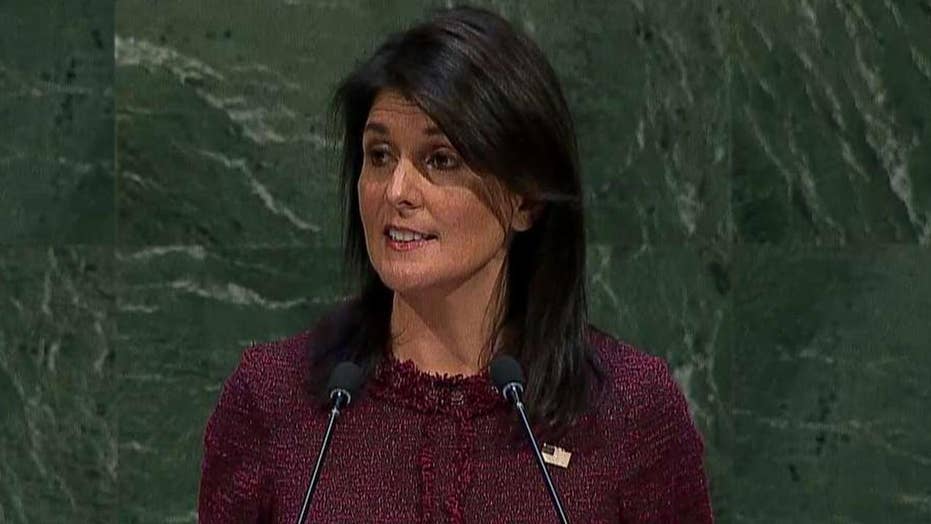 Haley to the UN: Your Jerusalem vote will be remembered

The U.S. ambassador to the U.N. says America's goodwill should not be disrespected.

The assembly voted 128 to 9 with 35 abstentions. The resolution was co-sponsored by Turkey and Yemen.

The vote, while a victory for Palestinians, was significantly lower than supporters had hoped for. U.S. ambassador to the UN, Nikki Haley warned that the vote would “make a difference on how Americans look at the U.N. and on how we look at countries who disrespect us in the U.N., and this vote will be remembered.”

These are the countries that voted against the resolution: