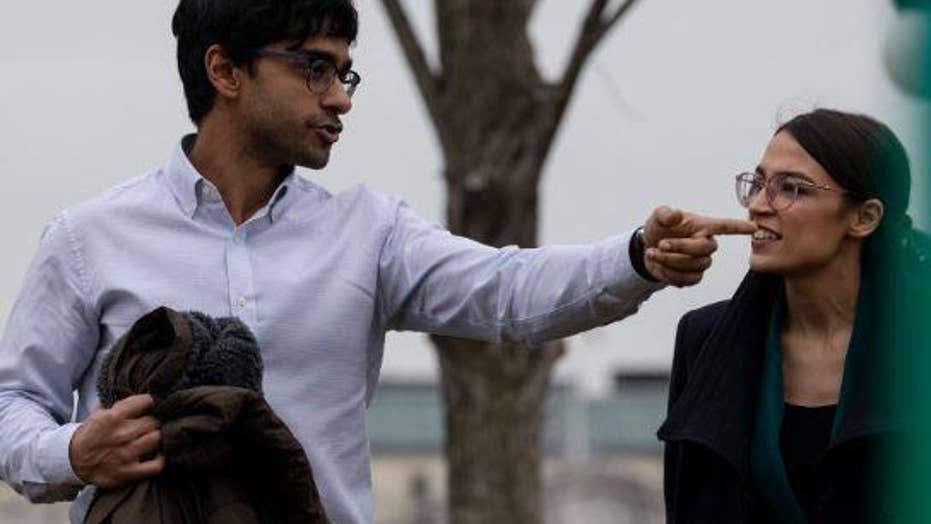 Conservative group files FEC complaint against Alexandria Ocasio-Cortez and her chief of staff.

Rep. Alexandria Ocasio-Cortez, D-N.Y., has taken Congress by storm, quickly becoming the de facto leader of the left-wing bloc of freshman Democrats seeking to overhaul the status quo with far-left ideas like the Green New Deal.

But behind the most influential democratic socialist in the country (sorry, Bernie) is an aide whose story is very different from the bartender background of Bronx-born Ocasio-Cortez.

Meet Saikat Chakrabarti. At 33, he came to Washington a wealthy tech entrepreneur, and now serves as the congresswoman’s chief of staff – or as he quips in his Twitter bio, “CoS to @AOC.”

OCASIO-CORTEZ DENIES DARK-MONEY ALLEGATIONS IN FEC COMPLAINT: 'THERE IS NO VIOLATION'

The aide for months flew under the radar, but hit the headlines amid fresh accusations of possible campaign finance violations in a conservative watchdog group's FEC complaint. Far from an in-the-trenches organizer by trade, Chakrabarti was a Harvard-educated computer engineer and went on to make his riches in a number of startups in Silicon Valley, before eventually turning his attention to promoting the new wave of democratic socialists. 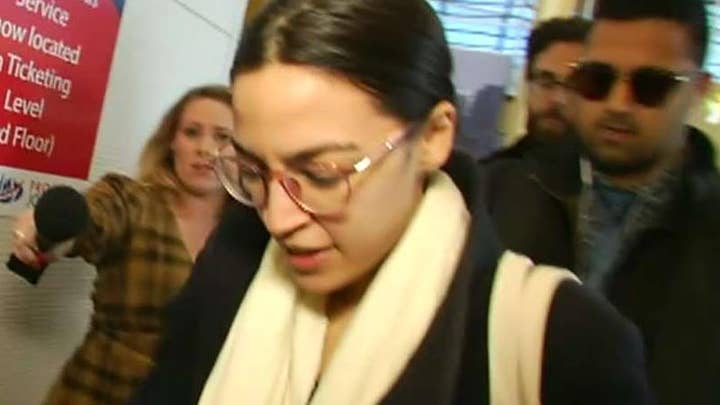 Chakrabarti spent eight years in Silicon Valley, where he co-founded the web design tool Mockingbird -- before working as a "founding engineer" at a payment processor called Stripe, according to his LinkedIn page. Politico reports that work came after a “brief stint on Wall Street.”

From there, he shifted into the world of left-wing activism, where he worked for Sen. Bernie Sanders', I-Vt., 2016 presidential bid, before co-founding Brand New Congress -- an organization looking to launch left-wing candidates into Congress.

That in turn led to his co-founding of Justice Democrats -- the organization that seeks "to usher in a new generation of diverse working class leaders into the Democratic Party" and that propelled Ocasio-Cortez to her unlikely primary victory over then-Rep. Joe Crowley. During her longshot bid, Chakrabarti served as her campaign manager.

Ocasio-Cortez has stuck with Justice Democrats since her election in November and recently appeared in a video promoting Justice Democrats’ push to oust centrist Democrats, in which she also appears alongside Chakrabarti -- whom she appointed as her No. 2 before heading to Washington, D.C.

His journey from California to D.C. has apparently been a successful one.

The New York Post describes Chakrabarti as a “tech millionaire” with homes in New York’s uber-trendy West Village (although it appears that is a rental), and in Maryland. According to property records, Chakrabarti purchased a home last spring in Gaithersburg, Md., for $1.6 million.

The Washington Examiner reported that since Ocasio-Cortez has imposed a staff salary cap of $80,000 a year, it means that Chakrabarti and others are under the $126,000 salary level that would require them to submit public financial disclosure forms for outside income and other financial information.

Finances, though, are turning out to be problematic for Ocasio-Cortez and Chakrabarti. The latest Federal Election Commission (FEC) complaint accuses the pair of violating campaign finance law by funneling nearly $1 million in contributions from political action committees Chakrabarti established to private companies he also controlled. Although large financial transfers from PACs to LLCs are not necessarily improper, the complaint argues that the goal of the "extensive" scheme was seemingly to illegally dodge detailed legal reporting requirements of the Federal Election Campaign Act of 1971, which are designed to track campaign expenditures.

Ocasio-Cortez has said there is no campaign finance violation.

“There is no violation,” Ocasio-Cortez exclusively told Fox News after landing Tuesday at Ronald Reagan National Airport. Asked if the complaint shows she was connected to "dark money" during the campaign, Ocasio-Cortez replied, “No, no.”

Chakrabarti did not return requests for comment from Fox News, but he defended the set-up on Twitter, saying, "We were doing something totally new, which meant a new setup. So, we were transparent about it from the start."

The tech mogul turned activist, meanwhile, was featured in a glowing profile in Politico Playbook’s 2019 Power List -- in which he is said to have “his sights set squarely on the halls of power.”

“He has big policy dreams, like a ‘Green New Deal,’ which would tackle everything from mitigating climate change to transforming the American economy, and criminal justice reform. He wants to lay the groundwork now to make them realities,” the article says.

The Green New Deal -- a pet project of left-wing activist groups -- has shot to the front of political conversation. In a sign of Ocasio-Cortez’s (and Chakrabarti’s) influence, within a month of her entering Congress, almost all the 2020 Democratic presidential hopefuls signed onto a non-binding resolution endorsing the enormous overhaul of the economy and energy use in America.

Ocasio-Cortez's pushback against Amazon building a campus in New York was also successful, with Amazon pulling out of the deal last month. Despite anger from New York Gov. Andrew Cuomo, Ocasio-Cortez has not backed down, and on Tuesday Chakrabarti went on Bloomberg TV to defend her stance.

“What she was vocal about was the process by which it happened, the deal,” he said. “Amazon is the company that chose to step away from the negotiating table.”

Fox News' Gregg Re, Alex Pappas and Caroline McKee contributed to this report.