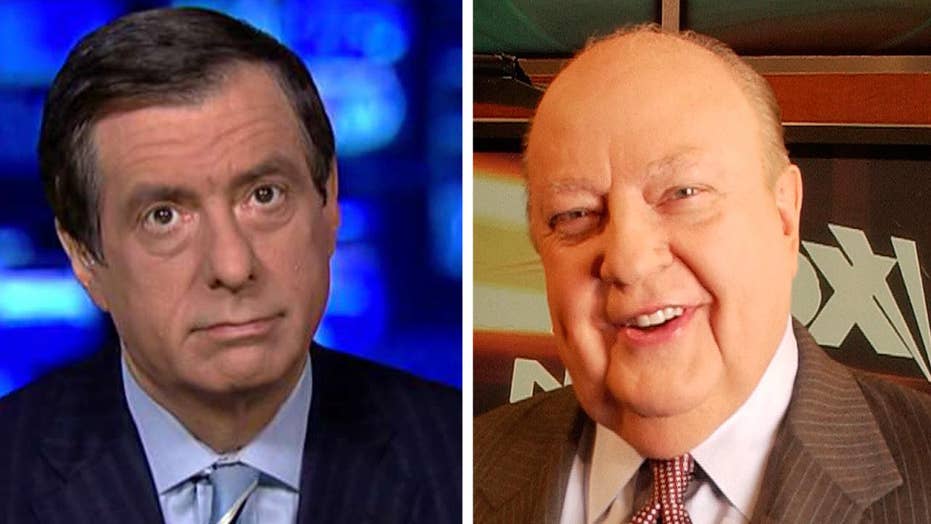 Fox News media analyst: Stereotypes I heard about him turned out not to be true

Roger Ailes utterly transformed the face of cable news during a colorful and controversial career that took him from politics and entertainment to the creation of Fox News as a powerful television franchise.

His career at Fox also ended tragically, as he was forced out as chairman last July amid a furor over sexual harassment allegations, which he denied. There is no sugar-coating that.

But in light of Ailes’ death today at 77, it is important to balance his many accomplishments with the negative headlines that surrounded the end of his tenure.

Few people thought there was a viable market for another cable news network in 1996 when Rupert Murdoch tapped the former Republican operative to launch Fox News. He positioned the network as more open to conservative ideas than what he viewed as the left-leaning mainstream media, marketed under the slogan “fair and balanced.”

Within five years Fox had overtaken CNN in the ratings, with Bill O’Reilly and Sean Hannity as early stars on the commentary side. But Ailes also built a news operation that thrives today with such widely respected anchors as Bret Baier and Chris Wallace and a solid reporting staff.

With his instinctive grasp of television, Ailes used graphics, music and pacing in a way that made news feel more vibrant and forced his cable rivals to modernize their look. He was a master promoter as well, taking reporters and hosts who had middling careers at other networks and turning them into stars. And he was a superb manager of outsized egos.

With its large conservative audience, Fox News became an undeniable force in Republican politics, with major players such as Newt Gingrich, Mike Huckabee and Rick Santorum serving time as contributors and officeholders using it as a key platform. Donald Trump was a regular guest on “Fox & Friends” before running for president, and Ailes both clashed with Trump and provided informal advice during his campaign.

The onetime producer for Mike Douglas played a key role in using TV to elect the less than telegenic Richard Nixon in 1968, and also advised Ronald Reagan, George H.W. Bush and Rudy Giuliani. That background led Fox critics, including some Barack Obama aides, to charge that Fox was the messaging arm of the GOP.

What that accusation missed was that the secret to Fox’s success was making millions of viewers who didn’t trust the media feel that their views were getting a fair hearing. The notion that Ailes gave daily marching orders was a fallacy; when Trump declared his candidacy, he had both strong boosters and fierce critics at Fox.

Ailes hired me despite the fact that I had aggressively covered him while at other news organizations, and his interviews with me sometimes got him into trouble as he used strong language to criticize his targets in the political and media world. He was a fighter who loved to mix it up. But he left me alone after I launched “Media Buzz,” never making suggestions or criticizing the show because he knew I had to cover the network along with the rest of the media.

It was sad for so many of us at Fox when, in the wake of the lawsuit by former Fox host Gretchen Carlson, many disturbing allegations emerged that Ailes had abused his power and mistreated some women at the network. That can’t be expunged from the record of his career.

But no life, in any realm, should be judged solely by its worst moments.  Roger Ailes, with an outsider’s outlook forged during his upbringing in Warren, Ohio, was a force of nature who changed the rules in politics and television news. And in Fox, both his admirers and detractors would have to agree, he built a machine that outlives him.