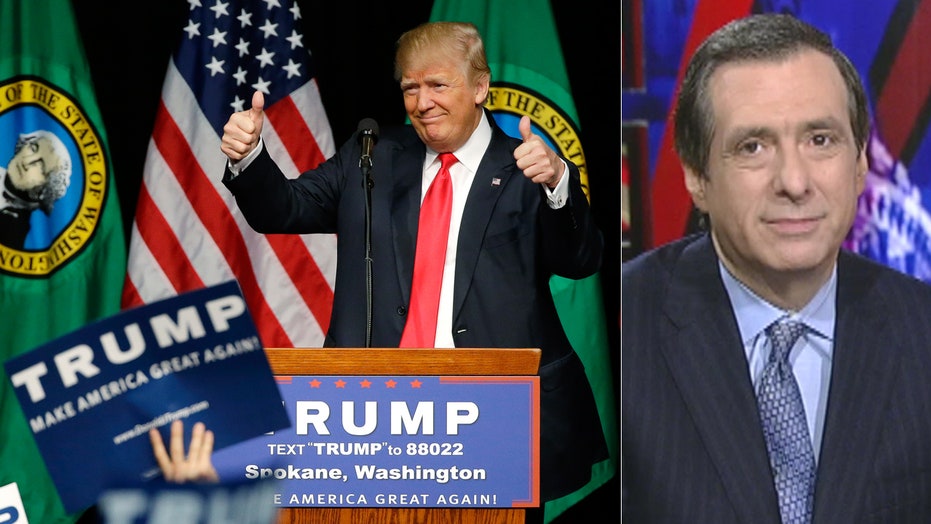 It’s being described as a civil war, a crisis, a meltdown, a total unraveling of the Republican Party.

The mainstream media are just devouring the feuding and finger-pointing between Donald Trump and the GOP establishment. Some, such as the “Morning Joe” crowd, are even saying that the billionaire could lose the election if he doesn’t solve this problem in the next couple of weeks.

But let me offer a contrary theory: What if the press is overhyping this and it’s not that big a deal?

Things are messy right now, no question about it. The sniping going on between Trump and Paul Ryan hardly creates a picture of party unity. For Trump to float the idea of replacing the House speaker as the convention chairman—and for Ryan to say he’d abide by Trump’s request—shows they’re not just playing pattycake.

But what if Trump can do just fine this fall without the likes of Ryan on board?

That is probably a theoretical question. The Trump camp is confident that, sometime after they meet in Washington on Thursday, the congressman will come around and back Trump, however tepidly.

Trump and his deputies believe there was no way everyone in the party would be holding hands within days and find the civil war narrative way overblown. Other Republicans are backing the real estate mogul, with some names yet to be announced.

“It's a healing process that will happen over time and frankly the media's expectations that the day after the Indiana primary and everybody got out of the race everything was going to come together in one moment, it was unrealistic,” convention manager Paul Manafort said on “Fox News Sunday.”

The story is tailor-made for the press because every day that another Republican lawmaker or honcho says no way to Trump generates fresh national and local headlines. Now that Jeb Bush, George W. Bush and their dad have landed in the #NeverTrump camp, along with Lindsey Graham, others are piping up as well.

By the way, why doesn’t the press mention that Jeb and Graham are breaking the pledge they took to support the Republican nominee? Had Trump broken the pledge he eventually signed, it would be the lead story for a week.

In cold, calculating terms, how many votes would Ryan actually affect? He was, after all, part of the losing Romney ticket four years ago.

It’s not so much Ryan himself as the vision of Republicanism that he represents and that other House conservatives support. The speaker and the nominee have wide differences on immigration, trade policy and entitlement programs.

These can always be papered over, as politicians are wont to do, but there is no way that Trump can back down from his core positions without alienating the 10 million Republicans who voted for him. He is adjusting his rhetoric on taxing the rich and the minimum wage, but that is part of the pivot toward the center that most nominees make.

Besides, does anyone really buy the empty ritual when a Rick Perry, who called Trump a “cancer on conservatism,” or a Bobby Jindal, who called him “a narcissist and an egomaniac,” now says he’s their man?

Jeb Bush did so poorly in the primaries, and Graham even worse, that I’m not sure how much their support would mean. As for the two former presidents, Trump has run explicitly against W’s Iraq war and even brought up 9/11.

More important, Trump campaigned against the Bush brand of conservatism and the incompetent leaders of both parties. That proved a powerful outsider message in a year when so many Americans are disgusted by the political system.

Obviously, Trump can’t win in November without attracting the votes of some Democrats and independents, and he can’t win with a completely fractured party.

But as more Republicans face the prospect of a Hillary Clinton administration, they may come around to Trump and the current feuding could fade. If not, Donald Trump is in for a long six months.