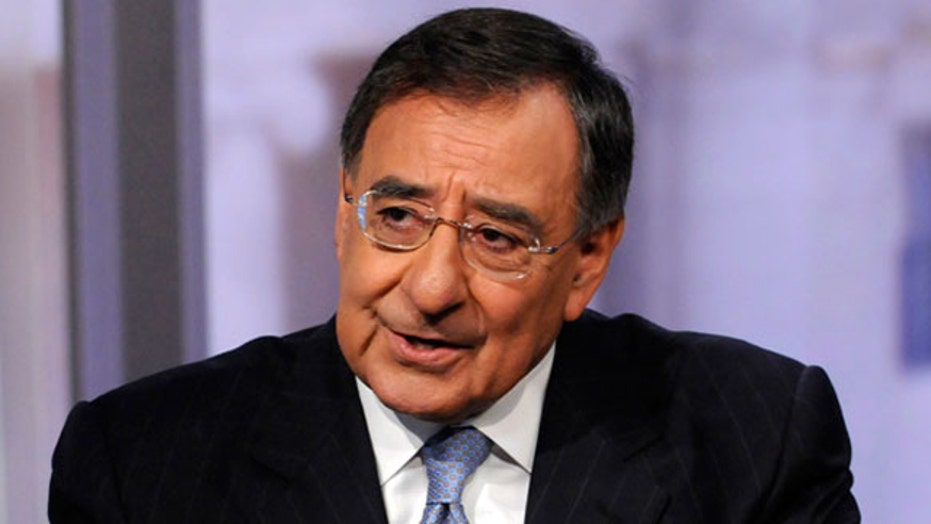 Kurtz: Is Panetta cashing in?

Leon Panetta is going to war with the president he couldn’t get to go to war in Syria.

And his verbal bombs are causing plenty of damage.

One reason, of course, is that is that he’s been all over television and the newspapers promoting his book “Worthy Fights”: “Today,” Bill O’Reilly, Charlie Rose, Andrea Mitchell, Katie Couric, CNN, New York Times, USA Today.

But the explanation runs deeper than that. Many journalists in the Acela corridor have dealt with Panetta since his days as a California congressman and Clinton White House chief of staff, as well as his stints as Obama’s CIA director and Pentagon chief. They view him as a straight shooter, not a trash-talker who engages in petty feuds. In short, he has street cred.

Still, an important question must be asked: If Panetta felt so strongly about Obama’s missteps on foreign policy, why didn’t he speak out before he had a book to peddle? Isn’t this the case of another ex-official cashing in by being disloyal?

I have raised this question about tell-all books for several administrations, going back to George Stephanopoulos and Scott McClellan. Presidents hire them, confide in them, and are repaid with stinging behind-the-scenes accounts that are designed to move product even as they are cast as matters of conscience. And unlike Robert Gates, who was a Bush holdover and also criticized Obama in his book, Panetta has been a Democrat for decades.

Charlie Rose asked Panetta about the question of loyalty.

“You know what? It’s exactly because I am very loyal to this president and because I want him to succeed that I think it’s important to raise these issues now,” Panetta said. “So that hopefully in 2½ years, you know, we can make sure that he really does have the kind of legacy that I think he deserves as president.”

Excuse me, but I’m pretty sure Panetta could get an appointment to deliver his advice in person rather than broadcasting it to the world.

As Politico noted, one former Obama press aide, Bill Burton, told CNN: “It’s kind of sad that in its twilight, he’s done such a dishonorable thing by going after the president he served at a time of a lot of different instabilities around the world.”

But let’s put aside the ethics of publishing and examine the Panetta Phenomenon: Why is a policy-laden book by a former defense secretary causing such a ruckus? That is, beyond the obvious allure of a plot line about a turncoat Cabinet member?

The right loves the book, naturally, because it validates conservative criticism of Obama as an indecisive leader who blinked on Syria and should have left a residual military force in Iraq.  That can hardly be a partisan indictment if Obama’s ex-Pentagon guy is saying it, right?

As for the disillusioned left, many of its members have come to the same conclusion about the president. But it’s still not popular for liberal commentators to say so. So they have the protective cloak of quoting someone else, namely Panetta. I didn’t see a lot of Obama defenders hitting Panetta on MSNBC; instead, the network kept replaying Andrea Mitchell’s interview.

Here’s what Dan Balz, in the Washington Post, has to say:

“Rather than an act of disloyalty, Panetta may be performing a public service for the president.

“Panetta has used his new book, ‘Worthy Fights,’ and a series of interviews accompanying its publication to paint an often unflattering picture of the president. He critiques presidential decisions — or non-decisions — and offers overall a damning portrait of Obama’s leadership style…

“Anyone who knows Panetta cannot be surprised that he has written a candid and incisive memoir. He has called things the way he’s seen them in Washington for decades, combining wit, laughter and a zeal for political rough-and-tumble with the tough-mindedness of someone who came to get things done.”

National Journal's Ron Fournier sees Panetta as reflecting the views of many Dems:

"A senator. A House member. A former presidential campaign manager. An adviser to President Obama. All Democrats, these officials have made it a habit to call or email me almost every week of Obama's second term to share their concerns about the course of his presidency.

"They ask only that I don't identify them. Some fear retribution; others don't want to compromise their financial or political standing inside their party. These Democrats speak admirably about the president's intellect, integrity, and intentions, but they question his leadership—an admittedly squishy term that can be unfairly deployed against people with the guts to lead. But their critiques are specific, consistent and credible—and they comport with what many other Democrats are telling other journalists, almost always, privately.

"Leon Panetta speaks for them now."

In the end, Panetta’s timing is unintentionally impeccable. His publication schedule matches the moment. Even as he tries to balance his comments in interviews, even as he supports Obama for launching airstrikes in Iraq and Syria, Panetta’s criticism is helping cement the notion that this president is at best a reluctant warrior.