How gun control push will impact the midterm elections

“My classmates and I will be turning 16 soon. We will soon be voting,” said Parkland student Monisa Olsen at the March for our Lives in Washington late last month. “Those who want to stay in, you will need to hear our voices. Listen to us instead of taking money from the NRA. Thoughts and prayers don’t count. We need action.”

“If you can’t change their minds, change their seats,” said Rep. Donald McEachin, D-Va., at the gun march. “We want to make sure historic moment doesn’t pass us by.”

But it remains to be seen whether firearms will be an issue in this fall’s midterm elections and help Democrats win seats.

Consider the types of seats Democrats must capture to take the House. Look at the success in the recent special election in southwestern Pennsylvania. Rep.-elect Conor Lamb, D-Pa., won touting a moderate message. Democrats note that voters backed Lamb in part due to his stance on health care and ways to improve Obamacare.

Guns? Nowhere to be found.

The politics of the gun control debate

Retired Supreme Court Justice Stevens calls for the repeal of the Second Amendment; reaction and analysis from the 'Special Report' All-Stars.

Lamb won in a Republican, rural district in Pennsylvania talking about anything but guns. A discussion on gun control isn’t going to work in that district in order for a Democrat to win. Democrats can’t propound stricter gun measures in rural, Midwestern, southern districts held by Republicans if they hope to flip the House.

Rep. Elizabeth Esty, D-Conn., announced this week she won’t seek re-election after conceding she was delayed in disciplining her former chief of staff Tony Baker after he threatened to kill a former aide. Esty represents Newtown, Connecticut, home of the 2012 Sandy Hook Elementary shooting. After Esty bowed out, the National Republican Congressional Committee (NRCC) immediately declared it was “ready to win this competitive seat this fall.”

Esty won her first contest for the House in November 2012 - before Sandy Hook – with just 51 percent of the vote. Her winning percentages improved in 2014 and 2016. But due to Newtown, Connecticut’s 5th District is a place where gun policy will resonate. Republicans may hope to capture the seat due to how poorly Esty handled her personnel issues. Several Republicans are already in the mix. But any successful GOPer can’t embrace the typical GOP orthodoxy on firearms and emerge victorious in a district which witnessed perhaps the most horrifying of gun tragedies

Still, there are places where the gun message could work for some Democrats. Pennsylvania’s redrawn congressional map puts into play a number of suburban districts which are home to soccer moms and parents worried about school safety. Pennsylvania Republican Reps. Charlie Dent, Ryan Costello and Patrick Meehan are all retiring. But Democrats have a good shot at winning those districts, guns or not.

The firearms message will certainly echo in Florida after Parkland and the Pulse nightclub shooting in Orlando in 2016. Democrats stand a good chance to claim the seat held by retiring Rep. Ileana Ros-Lehtinen, Fla. But guns could be an issue in the districts now held by Republican GOP Reps. Brian Mast and Carlos Curbelo. Shortly after the Parkland shooting, Mast presented a plan to the House Republican Conference to temporarily suspend the sale of some assault weapons. After the meeting, Mast said his proposal was met “not with thunderous applause.”

However, guns could be a central issue in the Florida Senate race.

Florida Republican Gov. Rick Scott isn’t formally challenging Democratic Sen. Bill Nelson yet. But Scott’s expected to enter the contest April 9. Nelson immediately called for bolstered background checks and wanted to revive the now-expired federal assault weapons ban. After Parkland, Scott ignored objections of the NRA and pushed the state legislature to lift the minimum age to purchase rifles from 18 to 21. But David Hogg and other students rebuked Scott.

“You’re kind of like Voldemort at this point,” Hogg said of Scott to The Outline. “You should just retire because you aren’t going to get elected to the Senate.” 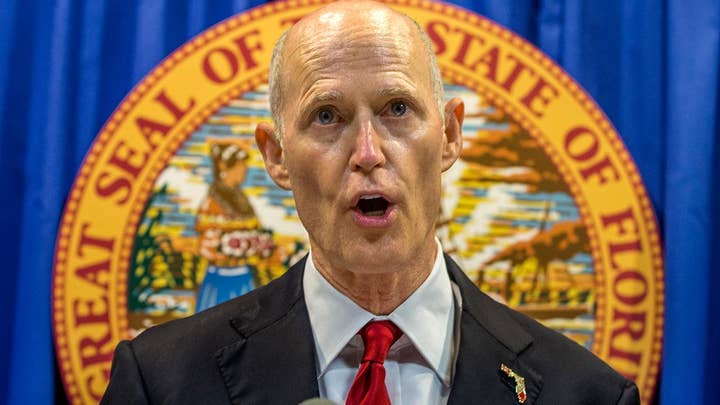 Guns may not be a central policy issue in other Senate races, either.

Political observers view Sen. Dean Heller, Nev., as the most-vulnerable Republican facing re-election this cycle. The massacre at the Route 91 Harvest Festival in Las Vegas reverberates with Nevada voters. But Heller already faced a tough contest against Democratic Rep. Jacky Rosen before the shooting. An anti-gun message may have more impact now with voters in Las Vegas, but not in the vast, rural parts of the Silver State.

After all, this is the west.

Democrats face the most-daunting map for a single party in Senate contests since 1938. Democrats are defending an astounding ten seats in states carried by President Trump. A total of 24 Democratically-held seats are up this cycle compared to a scant nine for Republicans. It will be challenging for Democrats to make any headway on gun policy in many of the states they must defend. Consider how voters would look askance at Sens. Joe Donnelly, D-Ind., Heidi Heitkamp, D-N.D., Joe Manchin, D-W.Va, Jon Tester, D-Mont., and Claire McCaskill, D-Mo., if any of them supported overarching gun proposals backed by left-wing of the Democratic Party? Democrats may be lucky just to hold most of these seats. And then there are Senate Democrats running in other states where pocketbook issues, trade and health care rise to the fore. Sens. Sherrod Brown, D-Ohio, Tammy Baldwin, D-Wis., Debbie Stabenow, D-Mich., and Tina Smith, D-Minn., can’t campaign on guns.

Can Rep. Beto O’Rourke, D-Texas, run successfully on firearms against GOP Sen. Ted Cruz in the Lone Star State? Democrats believe they have a pick-up opportunity in Arizona with Democratic Rep. Kyrsten Sinema running to succeed retiring GOP Sen. Jeff Flake. But again, it’s the west and Sinema is a moderate. The seats Republicans are defending? Two in Mississippi. Mitt Romney is a virtual lock to succeed retiring Sen. Orrin Hatch, R-Utah. Any firearm message pushed by Democrats will go nowhere in Wyoming as Sen. John Barrasso, R-Wyo., stands for re-election.

You get the idea. 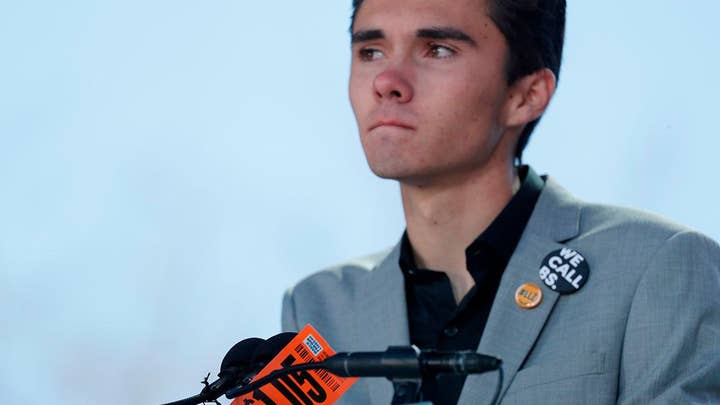 The left may be revved up about guns now and students claim politicians should be on watch if they don’t align with stricter gun regulations. But it’s hard to know how the push for gun control comes to fruition in this year’s midterm elections.

The students warn they’ll soon be of voting age. In his interview with The Outline, David Hogg upbraided adults, who he says don’t know how to use a democracy.