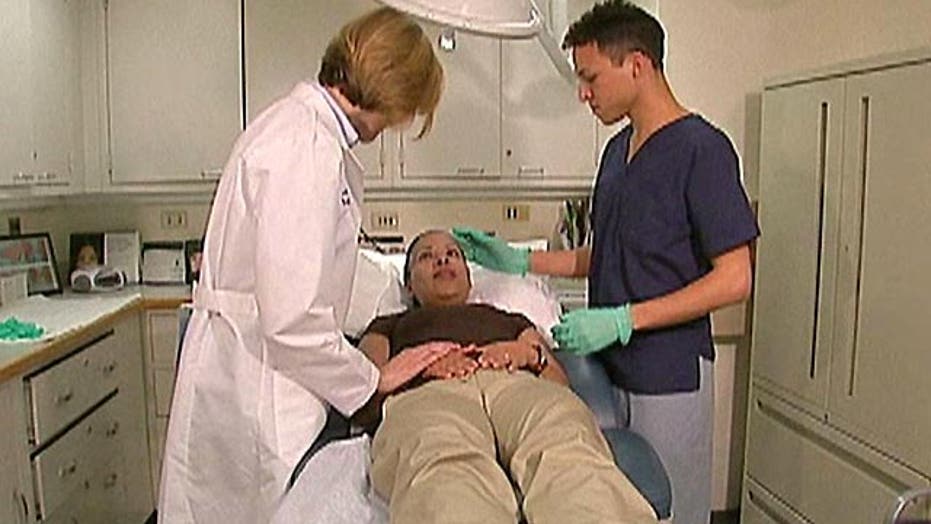 Concerns that delays could rob system of crucial revenue

President Obama’s health care law has been delayed and changed so many times that the official budget scorekeepers can no longer keep track of what the law costs.

The changes, and the overall uncertainty regarding the price tag, are raising concerns about whether the law even has enough revenue coming in to pay for the program.

“Right now the savings that was projected to pay for all this spending is not being collected as originally projected," said Charles Blahous, of the Mercatus Center. He estimated the law will eventually cost $200 billion a year by 2020.

The unilateral changes to the law – and specifically delays of the requirement that certain employers provide health coverage to workers – are the subject of a recently announced lawsuit by House Speaker John Boehner.

But apart from that, the changes have caused problems for the nonpartisan Congressional Budget Office, which typically keeps track of what laws cost. Joe Antos, of the American Enterprise Institute, noted the office has said they won’t do “new estimates” of the law anymore.

"Their ability to say this was a benefit to the federal budget is going to become more and more dubious as the years pass,” said Jim Capretta, of the Ethics and Public Policy Center.

In the case of the employer mandate, the provision was delayed from 2014 until 2016 for employers with fewer than 100 workers. For larger companies, it was delayed by one year, and they were allowed to only have to cover 70 percent of their workers.

Further, individuals were given until April 15 to enroll in a health plan through the ObamaCare exchanges, and many will likely be able to skirt the law’s prescribed fine for going three months without insurance.

Antos said he thinks it would be "politically impossible for the IRS to come after those same people -- millions of people -- and say you owe us money because you didn't sign up in time to have insurance.”

The cost of just those two changes will likely cut into revenue.

Capretta said it is "very dubious that some of these Medicare cuts can be sustained over a long period of time."

He also noted that even more Medicare cuts are planned but wonders if the impact will cause some of them to be pulled back as well.

With 10,000 baby boomers retiring every day for the next 20 years or so, that might be politically impossible to sustain.

And a 40 percent tax on expensive health plans, like those unions enjoy, is set to take effect in 2018, and would raise another $80 billion or so -- if it survives. It is vehemently opposed by unions, and employers are steadily adjusting their health plans to avoid the tax, suggesting the $80 billion may never materialize.

Bob Rusbuldt, president of the Independent Insurance Agents and Brokers of America, said, "No company is going to pay a 40 percent excise tax on that excess premium. They are just not going to do it."

So the question becomes, what happens when projected cuts to pay for the law don’t materialize?

"If one tax is eliminated … what takes its place?” Rusbuldt asked. “You either have to reduce benefits and services and administrative costs, or you have to put in a different tax."