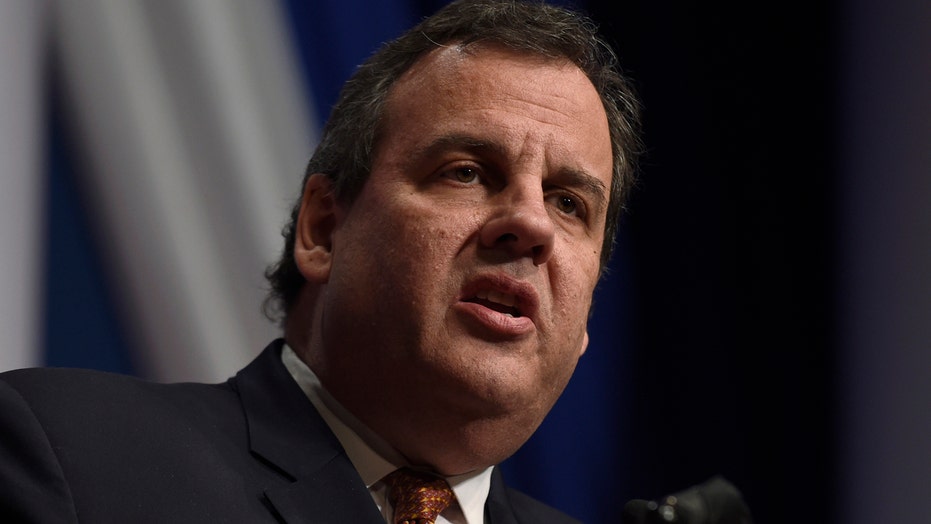 THE EDGE: CHRISTIE BREAKS THROUGH
Another day, another poll that shows Donald Trump with a double-digit lead in the GOP field. But in the past week, there’s been a change in the discussion on the GOP side.

This week’s Edge, a one-of-a-kind measurement of media mentions from the New Analytics Company, shows that after a long drought, New Jersey Gov. Chris Christie is making it rain.

The Edge “scrubs” television, radio, print, internet and social media for mentions of the 2016 candidates. The team at New Analytics has built unique tool to measure which candidates are being talked about the most and the data are compiled into a single score and provided to Fox News First.

Christie had the largest single increase in media mentions of any candidate in the past week as domestic and international terror attacks dominated the press. Aside from playing up his anti-terrorism bona fides from his tenure as a federal prosecutor in post 9/11 New Jersey, Christie has had good campaign news to tout as well.

Here are their rankings for media mentions this week, with their decline from last week in brackets. You can view the full results here.

[Christie may have won the Union Leader endorsement, but respected columnist Drew Cline makes a stout case for Marco Rubio.]

Totally retro, man - In honor of 100 years of being the first-in-the-nation primary, New Hampshire’s secretary of state is using the original font for the centennial version.

Oy… - The Hill: “The Anti-Defamation League (ADL) on Thursday defended Donald Trump after the GOP front-runner’s freewheeling speech before a group of Jewish Republicans drew criticism…Trump, a billionaire real estate tycoon, garnered attention on Thursday for his remarks in a speech before the Republican Jewish Coalition (RJC), an audience addressed by several other candidates. The celebrity businessman appeared to touch on several Jewish stereotypes in his speech, including about being a good negotiator and having a tough business personality… ‘This room negotiates a lot. This room perhaps more than any room I’ve ever spoken to.’”

[Trump instructed his medical physician to release his medical records, which he claims will show “perfection.”]

Power Play: Electability tests - Donald Trump leads the GOP field but there are concerns about his electability. Republican strategist Mike Shields and MoveOn.org’s Ben Wikler join Chris Stirewalt to discuss the implications of Trump at the top of the ticket. WATCH HERE

Cruz, Rubio impress - Pocket silk aficionado David Drucker says Sens. Ted Cruz and Marco Rubio wowed the crowd at the event: “During a full day of speeches from more than a dozen GOP contenders, all received an energetic reception from the 700 RJC members in the audience at the Ronald Reagan Building a few blocks from the White House. But it was Cruz and Rubio who made an impression; Cruz for the ideological fervor underpinning his foreign policy; Rubio for a detailed address that touched the key pressure points important the national security hawks that dominate the RJC's membership.”

Jeb treats donors to art show - Miami Herald: “Republican Jeb Bush, who lives in Coral Gables, is the only one planning an art-themed affair Saturday —‘“Pop Art, Politics & Jeb’ — organized by friend and Miami celeb artist Romero Britto, complete with a custom-made Britto portrait of the candidate with a background of white stars and blue-and-red stripes.”

[When asked on “Special Report with Bret Baier” if he thought Trump could carry Florida as the GOP nominee, Bush was, um, skeptical.]

Huckabee boosts ethanol - Former Arkansas Gov. Mike Huckabee has an op-ed in the DMR focused on his support for federal regulations that require the use of ethanol in gasoline: “Enough hypocrisy. Republicans cannot attack Obama for punishing farmers, and then support job-killing regulations or double standards that hurt corn-growers.”

Can Carson come back? - Mr. Sunday talks with Ben Carson amid his falling poll numbers. Also on the docket, Rep. Michael McCaul, R-Texas, chairman of the House Homeland Security Committee, talks terrorism in wake of recent turmoil both at home and abroad. Watch “Fox News Sunday with Chris Wallace” at 2 p.m. and 6 p.m. ET on the Fox News Channel. Check local listings for broadcast times in your area.

WITH YOUR SECOND CUP OF COFFEE…
What would rock & roll be without Led Zeppelin? That was the question music lovers confronted on this day in 1980. The late 1970s hadn’t been a very happy times for lovers of real rock. The ubiquity of disco music had many music lovers feeling defeated (if not riotous). But there was still hope in the form of Zeppelin, the dominant act of the era, which fused hard rock and Delta blues into some of best songs ever recorded. The quality of their product wasn’t what it had been a decade before, but Zeppelin could surely still rock. When drummer John Bonham died of drunkenness in September of 1980, however, the band dropped its studio album and cancelled its planned U.S. tour. The loss of Bonham, the powerhouse who defined the band’s sound, proved too much. Thirty-five years ago today, the surviving members of the band announced their breakup in a letter to fans saying “we could not continue as we were.”

CONGRESSIONAL GOP GOES ON OFFENSE
Throwing down a symbolic but politically potent gauntlet, the Republican-controlled Senate passed a bill Thursday night that guts President Obama’s signature health law. The measure, which also defunds Planned Parenthood, breaks a five year logjam in the upper chamber. The Hill: “Republicans hailed it as a political messaging victory and a fulfillment of their promise from the 2014 midterm election to force President Obama to veto the landmark healthcare reform law named after him. The measure passed 52 to 47 after the Senate voted to significantly strengthen the bill originally passed by the House…The House will need to approve the amended legislation before it can be sent to the White House.”

Obama, Dems threaten shutdown as funding deadline looms - WashEx: “The White House said Thursday that if Congress sends President Obama a spending bill that includes Republican policy ‘riders’ he opposes, he would not sign the bill, and instead would allow the government to partially shut down. Republicans are considering adding language in a huge spending bill that must be signed by next week that would gut the Wall Street reform law, block Syrian refugees, and pause EPA regulations…. On Wednesday, House Democrats made it clear they also oppose the inclusion of these policy riders…the White House said Obama also wouldn’t sign another short-term [funding] bill, other than perhaps one lasting just a few days if needed.”

Cruz, Sessions draft letter requesting immigration records in San Bernardino - NRO: “Senator Ted Cruz (R., Texas) and Senator Jeff Sessions (R., Ala.) want President Obama to release the immigration records of the San Bernardino shooters, arguing they should play a key role in the coming debate over funding the Syrian refugee resettlement program. Their request comes as CBS reports that one of the shooting suspects passed the Department of Homeland Security’s ‘counterterrorism screening as part of her vetting’ for a visa…”

“When this first came out, without even knowing anything about the case the first thing they started talking about gun control, gun control. I don’t hear anyone talking about bomb control.” – Sen. Marco Rubio, R-Fla., on “Fox & Friends” today.

[#mediabuzz - Host Howard Kurtz and panel analyze the coverage of the San Bernardino shootings. Watch “#mediabuzz” Sunday at 11 a.m. ET, with a second airing at 5 p.m.]

KEN STARR WOULD PROBABLY LIKE A WORD, MADAM SECRETARY
WashEx: “At a campaign event in New Hampshire on Thursday, a woman in the audience asked Hillary if believing all [sex abuse] ‘survivors’ meant believing Bill’s accusers as well, including Juanita Broaddrick, Kathleen Willey and Paula Jones. Hillary’s response: ‘I would say that everybody should be believed at first until they are disbelieved based on evidence.’”

WIKIPEDIA NINJA
The Guardian: “You can’t trust everything you read on Wikipedia, as a security guard has learned after falling for a concertgoer’s auspicious edit. Fan David Spargo tried to gain backstage access at a Peking Duk gig in Melbourne on Wednesday night, claiming to be related to a member of the Australian electronic music duo. The security guard was at first sceptical, asking him to prove that he was Reuben Styles’ step-brother. Then Spargo pulled up the Peking Duk Wikipedia page on his phone, which listed him under ‘family’ – as of moments ago. ‘It was probably the most genius, mastermind move that I’ve ever witnessed,’ said Adam Hyde, Styles’ bandmate. ‘It’s crazy. He just did it on the spot, in a second on his phone.’”