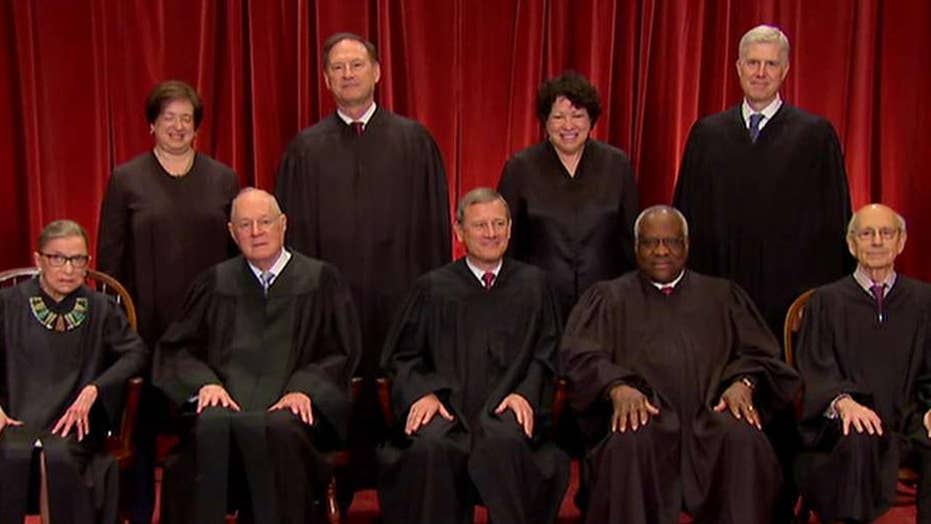 A $45 monthly fee could end up costing big labor billions. Public unions are getting nervous, while those who don’t like how they operate are claiming the free lunch may be over soon.

An explosive case regarding government employees and the First Amendment that the Supreme Court will hear on Feb. 26 could redefine the relationship between public unions and workers.

Petitioner Mark Janus works at the Illinois Department of Healthcare and Family Services and didn’t like that a certain amount was deducted from his paycheck — he didn’t believe he should be forced to pay union dues or fees just to be allowed to work for the state. He didn’t agree with the 1.3 million-member AFSCME union’s politics, and so believed, under the First Amendment, he couldn’t be forced to contribute.

In his court filing, Janus quotes Thomas Jefferson, who said to “compel a man to furnish contribution of money for the propagation of opinions which he disbelieves, is sinful and tyrannical.”

The 7th Circuit Court of Appeals rejected Janus’ argument, and the Supreme Court agreed to hear his appeal.

If the Supreme Court finds for Janus, it could have a major effect on labor unions. Without compulsory fees, union funding could decrease precipitously. States might attempt workarounds — paying employees less rather than deducting from their paychecks, and passing along the savings to unions — but that sort of thing could be politically difficult to pull off.

“The merits of the case, and 40 years of Supreme Court precedent and sound law, are on our side,” says Lee Saunders, president of AFSCME.

For Saunders, strong unions are important because they offer “the strength in numbers [workers] need to fight for the freedoms they deserve,” such as health care and retirement plans.

“The merits of the case, and 40 years of Supreme Court precedent and sound law, are on our side.”

The central question in “Janus” is this: Should the court overrule its 1977 decision “Abood v. Detroit Board of Education”? In “Abood,” the Supreme Court declared that schoolteachers could be required to pay fees to public unions as long as the money was spent on the costs of collective bargaining and related issues, and not on ideological causes.

Court watchers may be getting a sense of déjà vu from “Janus” -- in the past several years, the Supreme Court has already looked at this question a couple of times.

There was “Harris v. Quinn” (2014), where the court determined that non-union employees couldn’t be forced to pay fees to labor unions, even though they received compensation from government sources that was determined through collective bargaining. The case was decided 5-4, with the five justices generally considered conservative — Samuel Alito, Anthony Kennedy, John Roberts, Antonin Scalia and Clarence Thomas — comprising the majority, and the four Justices generally considered liberal — Elena Kagan, Stephen Breyer, Ruth Bader Ginsburg and Sonia Sotomayor — dissenting.

More on point was “Friedrichs v. California Teachers Association” (2016), which asked if a school district requiring employees to join a union or pay a fee infringed on their First Amendment rights of free speech and assembly. In other words, the court was being asked to reconsider “Abood.”

And they might have done just that, except that Associate Justice Scalia died before the case could be decided. This left the court split with four liberals and four conservatives, so they simply put out a one-line opinion that affirmed the lower court decision, leaving the question for another day.

And now, with “Janus,” that day has come.

The biggest change since “Friedrichs” then, is not the facts of the case, but the makeup of the court. Scalia has been replaced with Associate Justice Neil Gorsuch, and many believe he’ll be the fifth vote to overturn “Abood.” (If President Barack Obama’s choice to replace Scalia, Merrick Garland, had been seated, it’s possible the court wouldn’t even be hearing the “Janus” case.)

In fact, many experts see the decision to take up the case as a sign that the court is ready to side with Janus and overrule their precedent.

As Fox News legal analyst Judge Andrew Napolitano notes, “Justice Gorsuch . . . is pretty much a champion of the choice of individuals in this type of environment.” Add that to the four justices already leaning his way, and it looks like they’re ready to hand Janus a victory.

Many states might not be happy with such a ruling, but, as Napolitano notes, the First Amendment supersedes state arrangements with labor. Indeed, Napolitano, a civil libertarian, would hail a decision on behalf of Janus, and hopes “everyone who believes that the First Amendment means what it says would applaud.”

One argument against changing “Abood” is that it is firmly established law and the states have learned how to work with it — now is not the time to overturn it.

A change in the law, many fear, could turn quite a few workers into free riders who won’t have to pay for the unions but will still get to enjoy the benefits of collective bargaining.

Then there’s the claim that present-day practices are consistent with the First Amendment. One person who has argued this in an amicus brief (the court has received more than 70 amicus briefs) is Eugene Volokh, professor of law at UCLA and a noted expert on First Amendment issues.

In fact, Volokh goes even further than the position the court took in “Abood,” stating to Fox News he doesn’t believe that “requiring people to pay money is a First Amendment problem, even if that money is used for ideological expression.” Volokh notes “we’re required to pay our taxes....and some portion of that is used by the government to express its views....and that’s not viewed as speech restriction.”

Volokh doesn’t see why union fees should be treated any differently.

For his part, Napolitano can’t summon up too much sympathy for these unions, since they’ve gotten themselves into this situation. As he puts it, “some labor leaders believe this will be almost a fatal blow — you know what, that’s their fault….No one is saying that labor unions [shouldn’t] exist; they just have to make themselves attractive so that people join voluntarily, rather than under the state’s compulsion.”