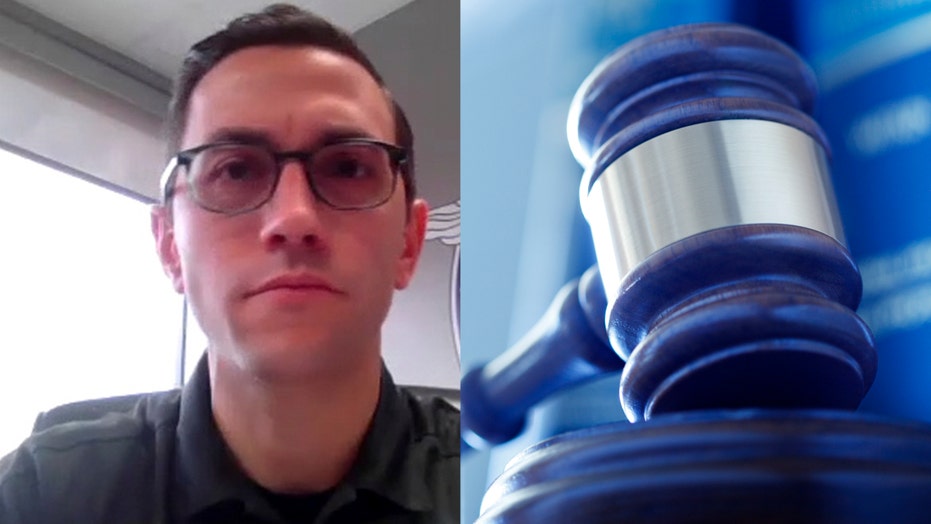 The president of a Houston police officers’ union is slamming a Texas judge who has ordered citizens to wear face masks or face a $1,000 fine or jail time as a response to the coronavirus outbreak.

A Texas county judge’s 30-day coronavirus mask mandate is being challenged by a local doctor who claims the order requiring Houston-area residents to wear masks in public is “unconstitutional.”

"If Judge Hidalgo's Order is not declared unconstitutional and void, once this virus passes, the rights we are afforded under the Texas Constitution will forever be damaged,” Dr. Steven Hotze, who is also a conservative activist, said of Harris County Judge Lina Hidalgo’s order in a court petition, according to the Texas Tribune.

Hotze also claims Hidalgo doesn’t have the authority to issue an order more restrictive than the governor's, which doesn't require masks. The doctor organized a protest Thursday in which hundreds of demonstrators opposed Hidalgo's order.

In Texas, a county judge is the equivalent of a county executive in other parts of the U.S. Harris County, which includes Houston and some nearby communities, is the third most populous county in the nation, home to more than 4 million residents.

Hidalgo enacted the temporary mask order, which is scheduled to take effect Monday, after other large Texas cities like Austin, Dallas and San Antonio issued similar orders. Other areas of the country have also started requiring masks in public, including Los Angeles and New York state.

In his petition, Hotze objects to punishments for violators, such as a $1,000 fine.

"The heavy hand of local government will fine individuals who refuse to wear a mask, fail to wash their hands, get within six feet of another, or inadvertently touch their face,” the petition says.

“Folks have been fantastic, but we did want to make them enforceable,” Hidalgo said of the rules and the possible fines.

She said police have discretion regarding enforcement.

Robert Soard, the first assistant county attorney, said Texas law gives local judges the authority to “control the movement of persons and the occupancy of premises in that area” during a disaster declaration, the Houston Chronicle reported.

"The past couple of weeks have shown our community has come together - as we always do during times of crisis - to save human life. The public health interventions we've enacted with the support of our residents is already making a difference with over 4,500 lives saved, but we cannot let our guard down," Hidalgo said in a statement, according to the Tribune.

Hundreds of protesters organized by Hotze also gathered outside of the county administration building Wednesday to denounce the order as a violation of their rights.

“I’m tired of the government trying to tell us what to do," one protester told KPRC-TV in Houston.

A Hidalgo spokesman accused Hotze and other critics of "politicizing" the outbreak.

“Politicizing a public health crisis is the worst outcome imaginable for the long-term health and safety and our community, and we urge everyone to continue taking this seriously,” Hidalgo spokesman Rafael Lemaitre said, according to the Chronicle.

Hotze previously sued Hidalgo over her stay-at-home order that limited church services, claiming it violated residents' First Amendment rights. Once Hidalgo changed the order to make church services “essential” he asked for it to be dismissed by the Texas Supreme Court but is still challenging it in a state district court. He is also suing Gov. Greg Abbott and Attorney General Ken Paxton over church social distancing restrictions, according to the Chronicle.

“Her abuse of the use of executive orders is the ultimate government overreach. These kind of confused government policies fuel public anger - and rightfully so,” he said.

Harris County leads the state in the number of cases, KTRK reported.