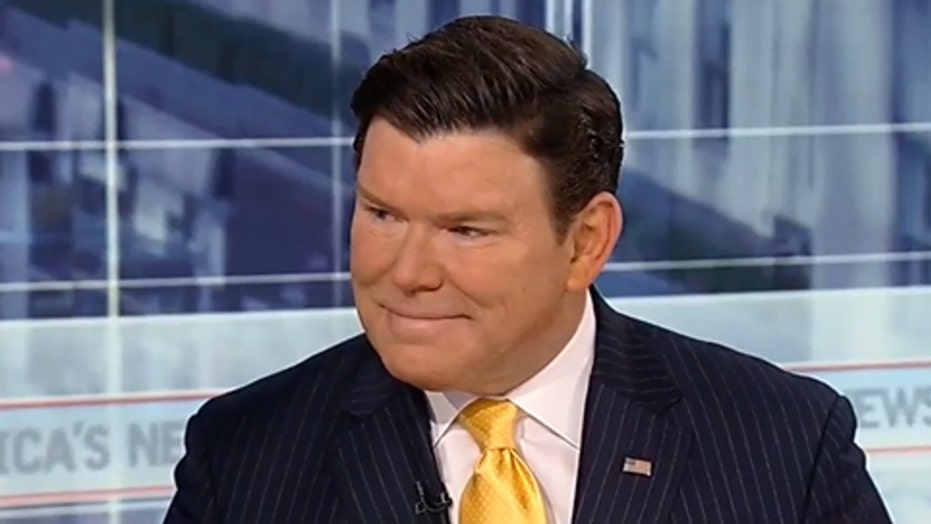 Bret Baier: Why Bloomberg endorsing Biden is a big deal

Incumbent Democrat Rep. Henry Cuellar of Texas won a tight Super Tuesday election by defeating a primary challenge from his former intern who was seeking to become the AOC of Texas.

Cuellar had 52 percent of the vote, compared to 48 percent for progressive challenger Jessica Cisneros. The Associated Press called the race for Cuellar Wednesday morning in one of the most closely watched Democratic primaries.

Cuellar is a more conservative Democrat who has held an “A" rating from the National Rifle Association and has been targeted by abortion-rights groups.

Cisneros, a 26-year-old lawyer, argued that Cuellar was out of touch with the Democratic district and called out Cuellar as “Trump’s favorite Democrat” in her campaign ad.

She’s had been endorsed by Rep. Alexandria Ocasio-Cortez, Sen. Bernie Sanders, Sen. Elizabeth Warren and the Justice Democrats, which helped Ocasio-Cortez with her upset primary win in 2018.

Addressing supporters Tuesday night when the results were too close to call, Cisneros said  "our movement was victorious tonight" because she proved "a brown girl from our community" could "take on an entire machine and make them more scared than they've ever been before."

Rep. Henry Cuellar, D-Texas, speaks with the media in front of the West Wing after a bipartisan meeting with President Donald Trump at the White House, Wednesday, Sept. 13, 2017, in Washington. Cuellar beat challenger Jessica Cisneros on Tuesday. (Associated Press)

Ocasio-Cortez herself tweeted Wednesday: "I am so incredibly proud of Jessica Cisneros. At 26 years old, she ran for office for the first time to offer TX28 new leadership that fights for workers, gender rights,& a climate agenda. She stood up to Koch brother money & incumbency, & she came closer than anyone imagined."

Cuellar, who had the support of the Democratic leadership in Washington, pushed back efforts from the left to “purify” the party. His campaign has dismissed the Cisneros' endorsements from “celebrities” and argued consensus building is needed in the border district.

"South Texas can not afford anything other than experience to be able to keep moving forward," Cuellar's campaign wrote on Facebook. "Henry Cuellar has years of experience in Congress, fighting to bring resources to South Texas for our families, children, youth, seniors, veterans, small businesses and agriculture."

Here are results from other big Texas races:

The Democratic Senate race in Texas is heading to a run-off after no one in the crowded field won the majority of the vote on Super Tuesday in their bid to face incumbent GOP Sen. John Cornyn in November.

MJ Hegar, a Harley-Davidson riding Air Force veteran, advanced to the run-off election in May with just under 23 percent of the vote, with almost all precincts reporting.

But Wednesday morning, it was still unclear who would take the second place slot -- either state Sen. Royce West of Dallas or Cristina Tzintzún Ramirez, a progressive organizer from Austin who won the endorsement of Rep. Alexandria Ocasio-Cortez.

The winner of the May 26 run-off hopes to achieve the ultimate Democratic achievement of flipping Texas blue – just two years after former Rep. Beto O’Rourke came close to beating the other Texas Republican, Sen. Ted Cruz.

Meanwhile, former Rep. Pete Sessions, a Republican, took a big step Tuesday toward his political comeback -- but in a different congressional district.

Sessions led the crowded pack in Texas's 17th congressional district and will advance to a run-off election bid to succeed the retiring Rep. Bill Flores.

With all precincts reporting, Sessions had 32 percent of the vote and secured a spot in the May 26 faceoff to determine the GOP nominee.

Waco businesswoman Renee Swann, who has Flores' endorsement, was in second place at 19 percent. George Hindman, a former NASA engineer and owner of a small business conducting aerospace research and development, was in third with 18 percent. The AP hadn't called the second-place finisher yet.

Sessions lost in 2018 to Democrat Colin Allred, a former NFL player and a civil rights lawyer, in his Dallas area 32nd congressional district. But he avoided a rematch and instead jumped to a much redder district for the open seat.

Sessions says he has “unfinished business” in Congress: removing Nancy Pelosi as House speaker, helping Trump build the border wall and balancing the federal budget with spending cuts rather than new taxes.

In Texas's 22nd Congressional District, a political dynasty was on the ballot.

Former local Sheriff Troy Nehls led with 41 percent of the vote followed by Republican donor Kathaleen Wall, who bills herself as “The Wall who will help Donald Trump build a wall!" at 19 percent.

Nehls and Walls advanced to the runoff election to succeed GOP Rep. Pete Olson, who is not running for reelection in a district Democrats hope to flip blue in November.

Democrat Sri Preston Kulkarni won his party's nomination again on Tuesday. When Kulkarni ran for the same seat against incumbent Olson in 2018, he drove Asian American turnout and came within about 14,000 votes, or 4.9 percentage points, of winning. Now he's seeking to become the first Indian American from Texas elected to Congress.