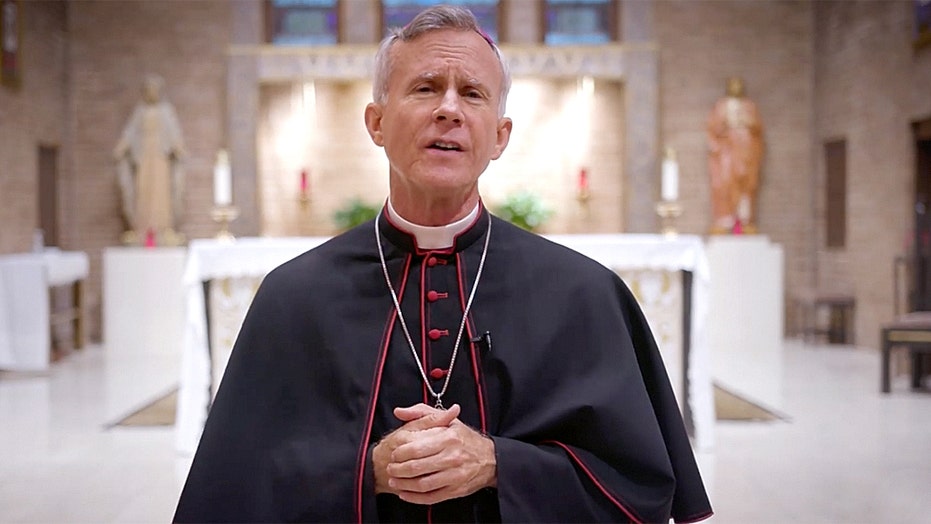 A Wisconsin priest slammed a fellow clergy member who spoke at the Democratic Convention and called on any Catholic Democrats to revoke their support of the party or “face the fires of Hell.”

In a 10-minute video posted to Youtube, Altman called Martin a “hyper, confusing spreading heretic,” and issued a call for Catholic Democrats.

“Here is a memo to clueless baptized Catholics out there: You cannot be Catholic and be a Democrat. Period,” Altman said in the Aug. 30 video. “The party platform absolutely is against everything the Catholic Church teaches, so just quit pretending that you’re Catholic and vote Democrat. Repent of your support of that party and its platform or face the fires of hell.”

JOE BIDEN ON BEING DENIED COMMUNION: 'I'M A PRACTICING CATHOLIC'

“As the Bishop of Tyler I endorse Fr Altman’s statement in this video. My shame is that it has taken me so long,” Strickland wrote. “Thank you Fr Altman for your COURAGE. If you love Jesus & His Church & this nation...pleases HEED THIS MESSAGE.”

Democratic nominee Joe Biden is known to be a practicing Catholic. Last fall, the former vice president was denied Communion by a priest in South Carolina over his beliefs on abortion.

“Holy Communion signifies we are one with God, each other and the Church. Our actions should reflect that. Any public figure who advocates for abortion places himself or herself outside of Church teaching.”

“I will keep Mr. Biden in my prayers,” Morey said in the statement.

"I'm a practicing Catholic. I practice my faith, but I've never let my religious beliefs, which I accept based on Church doctrine ... impose ... on other people," Biden said in response.

Martin, a Vatican consultant, said on Twitter last week he had heard a number of priests say voting for Joe Biden was a “mortal sin.”

“I'm seeing more priests saying that voting for @JoeBiden is a mortal sin. It is not. It is not a sin to vote for either Mr. Biden or Mr. Trump,” he wrote. “Nor is it a sin to be Democrat or Republican.”

He pointed to the U.S. Conference of Catholic Bishops (USCCB) and what it says about the role of conscience in “Faithful Citizenship.”

“[We] bishops do not intend to tell Catholics for whom or against whom to vote. Our purpose is to help Catholics form their consciences in accordance with God's truth,” the USCCB says.

“As Pope Francis says, the church is meant to "form consciences, not replace them,’” Martin continued.