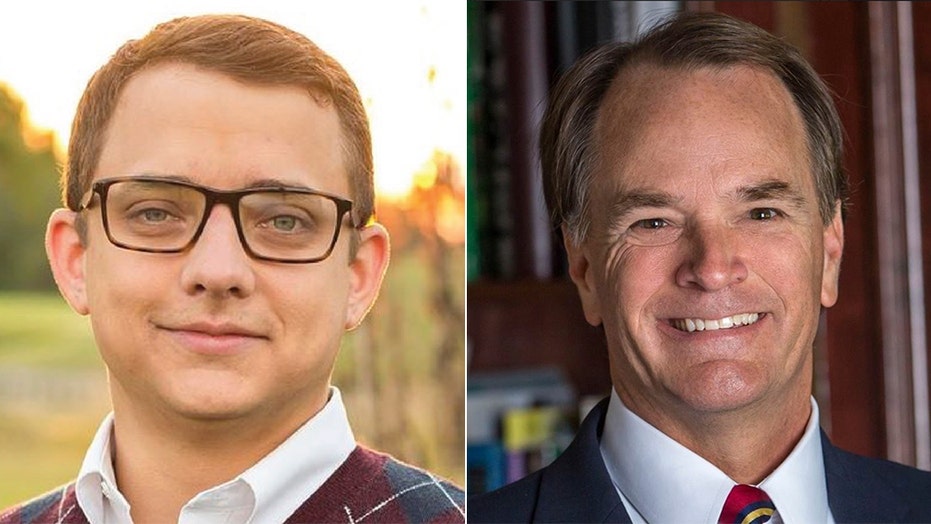 Gov. Greg Abbott on lifting lockdown orders in Texas: We need to get back to business

Two Texas state representatives on Tuesday got haircuts as an act of protest against Texas' stay-at-home order that currently requires barbershops to be closed in an effort to reduce the spread of the coronavirus.

State Reps. Steve Toth and Briscoe Cain, both Republicans, got haircuts at The Manly Salon in Montgomery County on Tuesday, according to Fox 26 Houston, an act that went directly against Republican Gov. Greg Abbott's executive order.

"There are thousands and thousands of other businesses across the state of Texas that are being put out of business as a result of this," Toth said of his act of civil disobedience, according to Fox 26 Houston. "These aren’t owned by millionaires. These are owned by people who have mortgaged their homes to get them started."

Rep. Briscoe Cain got a haircut Tuesday in violation of Gov. Greg Abbott's order for those businesses to remain closed to slow the spread of the coronavirus.(Briscoe Cain)

Cain noted that other businesses have more political juice with the state's government than hair stylists and barbers, which he said didn't get a fair shake in the state's reopening plan.

"Hairstylists and the cosmetology industry don’t have a lot of lobbyists in the Capitol advocating for them, whereas maybe the big-box stores and large restaurant chains do and sadly they were overlooked when this should have been an industry that was opened first, because of how regulated they are and the health standards they have to comply with," Cain said, according to Fox 26 Houston.

Texas Rep. Steve Toth got a haircut Tuesday in violation of Gov. Greg Abbott's order for those businesses to remain closed to slow the spread of the coronavirus. (Steve Toth)

Hours later, Abbott announced that hair salons, barbershops and tanning salons would be allowed to open beginning on Friday, but with strict social distancing measures. For example, each stylist can only be assisting one customer at a time, according to Fox 26 Houston.

The announcement by Abbott moves up the timeline for those businesses, which were previously supposed to open in mid-May along with businesses like gyms and traditional offices.