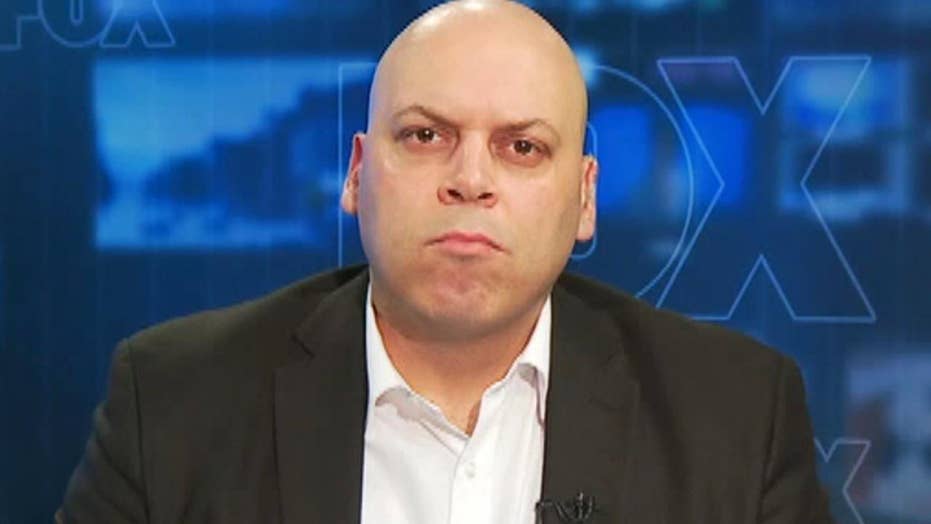 Tensions between Democratic Party leaders and Sen. Bernie Sanders simmered Tuesday over the behavior of the Vermont socialist's supporters at the Nevada State Democratic Party's convention over the weekend.

When top Democratic Party leaders pressured Sanders to denounce the night of chair throwing and alleged death threats he responded with defiance, terming some complaints "nonsense" and reminding the party that "Millions of Americans are outraged at establishment politics."

Sanders continued in that tone Tuesday night after he defeated front-runner Hillary Clinton in Oregon's primary and fought her to a neck-and-neck outcome in Kentucky. Clinton declared victory in Kentucky, but the race was too close to call with a margin of just one-half of 1 percent separating the two Democrats.

"The Democratic Party is going to have to make a very, very profound and important decision," Sanders said during a rally in Carson, Calif. Tuesday night. "It can do the right thing and open its doors and welcome into the party people who are prepared to fight for real economic and social change ... I say to the leadership of the Democratic Party, open the doors, let the people in."

Sanders also warned of what he termed "a very sad and tragic option" for the party: "to choose to maintain its status quo structure, remain dependent on big-money campaign contributions and be a party with limited participation and limited energy. And a party which incredibly is allowing a right-wing extremist Republican Party to capture the votes of the majority of working people in this country."

Notwithstanding the outcomes in Oregon and Kentucky, Clinton remains a nearly prohibitive favorite in the delegate count and Sanders has no clear path to victory, especially with voting looming in early June in Clinton-friendly California and New Jersey.

That situation is creating frustration on both sides. Sanders backers chafe at party rules they contend are sidelining their candidate, while leading Democrats comment openly about the need for unity to defeat Donald Trump, who is making a turn to the general election that Sanders' continued candidacy is complicating for Clinton.

"Sen. Sanders and all candidates should really focus on keeping this at a reasonable discourse level, and yes, I am concerned if our party becomes labeled with the notion that we have this kind of violence," said Sen. Dick Durbin, D-Ill., the No. 2 Senate Democrat.

Senate Democratic leader Harry Reid, D-Nev., alarmed at the events in his home state on Saturday, finally succeeded in reaching Sanders by phone around midday Tuesday. Reid told reporters he impressed upon Sanders his concerns about the events in Las Vegas, including alleged threats against party chairwoman Roberta Lange. "This is a test of leadership as we all know, and I'm hopeful and very confident Sen. Sanders will do the right thing," said Reid.

Yet within minutes Sanders released a defiant statement that, far from apologizing for anything his supporters did, repeated their complaints in detail and schooled Democratic leaders about the anti-establishment mood in the country.

"Our campaign of course believes in nonviolent change and it goes without saying that I condemn any and all forms of violence, including the personal harassment of individuals," Sanders said, while arguing it was "nonsense" for the Nevada Democratic Party to allege that some of his supporters had a "penchant for extra-parliamentary behavior -- indeed actual violence."

"Our campaign has held giant rallies all across this country, including in high crime areas, and there have been zero reports of violence," he said.

That statement angered Reid and other Democrats.

Democrats also fear that the unrest in Nevada could be a taste of what is to come at the Democratic Party convention in Philadelphia this summer.

Stephanie Schriock, president of EMILY's List, an influential political committee devoted to electing women that is backing Clinton, said in a statement: "These disgraceful attacks are straight out of the Donald Trump playbook, and Bernie Sanders is the only person who can put a stop to them. Sanders needs to both forcefully denounce and apologize for his supporters' unacceptable behavior -- not walk away."

Leading Democrats still stopped short of calling on Sanders to abandon his campaign, at least in public, training their concerns on the violence at the Nevada convention.