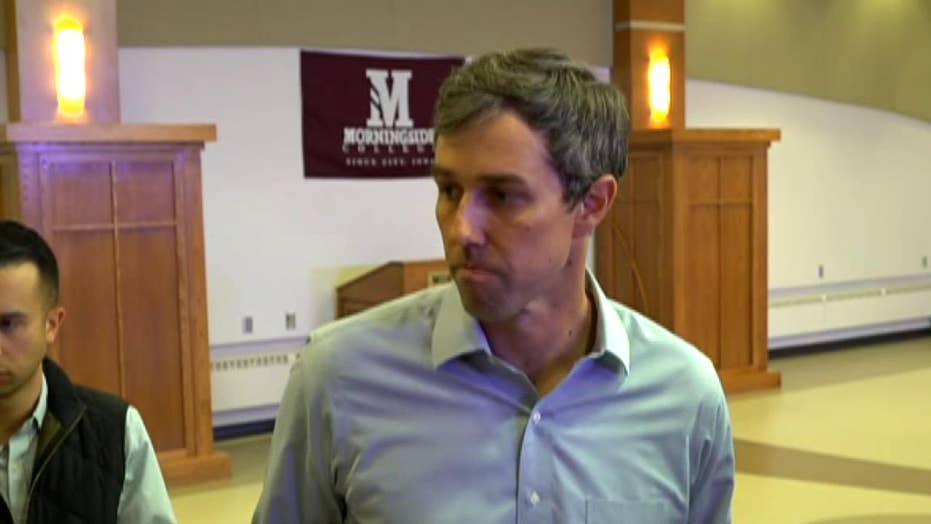 Democratic presidential candidate Beto O’Rourke got an unusual invite while on the campaign trail in Iowa on Thursday: A high school student asked him to be her date for the prom.

During a campaign rally in Sioux City, 17-year-old Claire Campbell asked O’Rourke: “It’s OK if you say no, but will you go to prom with me?”

O’Rourke said he was “really touched,” given that he did not attend his own prom when he was in high school.

“This means more to me than you know,” he told her, before making a request of his own.

“[S]omebody told me about your sign, so we came up with a counter-proposal,” O’Rourke said, before lifting up a sign that said, “Will you caucus for me?” -- referring to the Iowa caucuses that will be held in early 2020 to determine the state's picks for president.

Campbell later told the Des Moines Register that she was disappointed with O’Rourke’s answer “because, like, I need a prom date. But his counter offer was pretty good.”

However, Campbell couldn't accept O'Rourke's invitation because she is from South Dakota, which bars her from participating in the Iowa caucuses.

The light-hearted exchange was a sharp contrast to O’Rourke’s earlier response to a reporter in which he compared President Trump’s rhetoric to Nazi Germany.