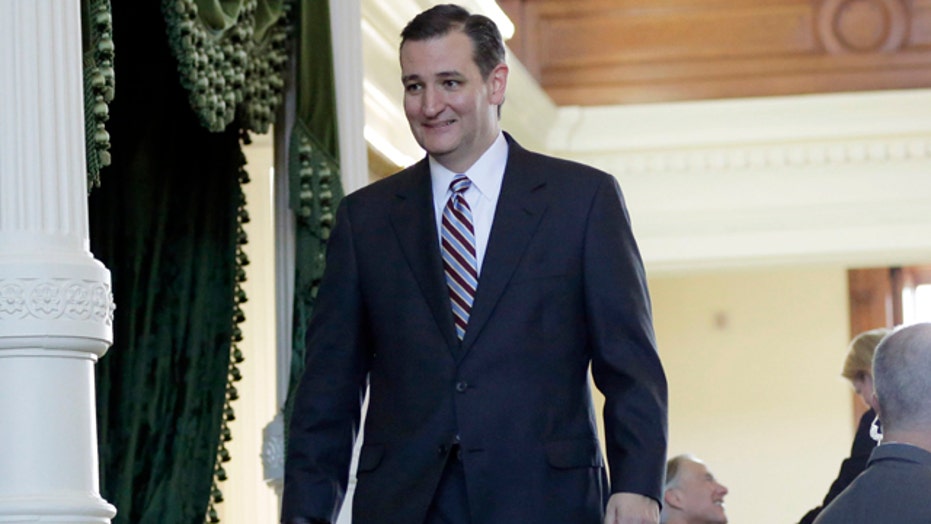 Cruz: GOP can't win in 2016 with another moderate candidate

Sen. Ted Cruz, R-Texas, predicted late Sunday that Democrats would keep the White House in 2016 if Republicans selected a moderate nominee next year.

Speaking at the South Carolina Tea Party Convention in Myrtle Beach, Cruz, himself a possible presidential candidate, referred disparagingly to political consultants as "Washington graybeards ... telling us about the mushy middle." Cruz has previously used the term when discussing former Massachusetts governor and 2012 nominee Mitt Romney, who is considering a third run for the highest office in the land.

"If we nominate another candidate in the mold of [1996 nominee] Bob Dole or [Arizona Senator and 2008 nominee] John McCain or Mitt Romney," Cruz said Sunday, "the same people who stayed home in 2008 and 2012 will stay home in 2016 and the Democrats will win again. There is a better way."

"If we try the same thing again we might get the same result," Paul said. "So maybe we need to keep lookin'."

Romney says he has not formally decided whether to join the 2016 race. In a speech Friday at the Republican National Committee winter meeting in San Diego, he said only that he was "giving some serious consideration to the future."

However, sources close to Romney have told Fox News that he has been been calling former aides, donors and supporters from his 2012 campaign -- as well as GOP leaders and insiders in the vital state of New Hampshire. One longtime adviser who recently has spoken to Romney told Fox News it is "very likely" the 2012 Republican presidential nominee will announce a 2016 campaign for president in the next three to four weeks.

Another possible target of Cruz's remarks Sunday, former Florida Gov. Jeb Bush, is likely to join Romney in making a bid for the White House, according to Fred Malek, finance chairman for the Republican Governors Association.

"They've taken this forward a lot faster and a lot further than I would have imagined," Malek told Fox News last Tuesday. "And I don't think they would have done that unless they have a serious intent on moving ahead." Malek went on to say that he guessed there was an "80 percent chance" Romney would join the race.