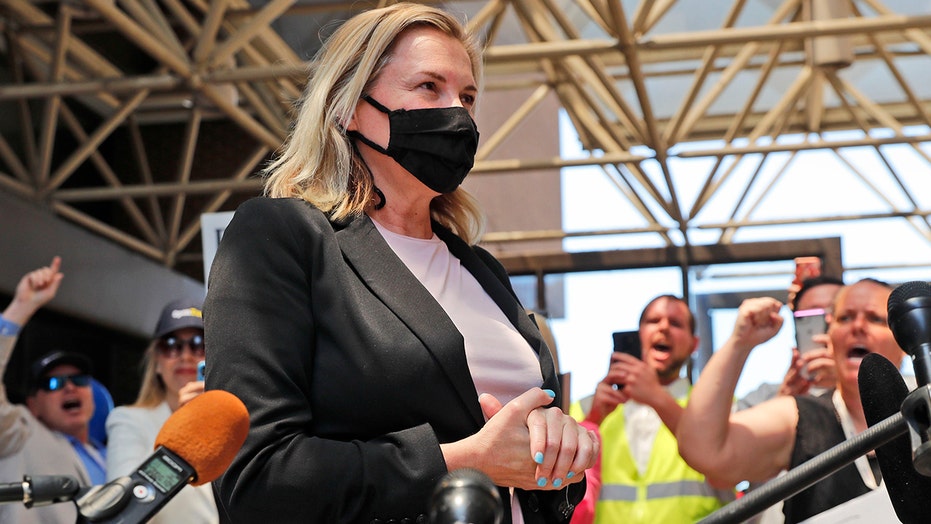 Cruz visited on the first day salons were legally allowed to open, saying he was proud to support Luther.

Luther, crying, thanked Cruz for his support. “When people reach out with true authenticity, it’s huge,” the salon owner said. Both wore masks throughout the visit.

“It’s a nice gesture. His family actually called my boyfriend and prayed for him for 20 minutes while I was in jail. To me that’s not political… that’s just really nice people reaching out and making sure that our family is OK,” Luther told CBS 11 News.

TRUMP REACTS TO JAILING OF TEXAS SALON OWNER: STATES CAN ONLY SHUT DOWN FOR 'SO LONG'

Former Alaska Gov. Sarah Palin also paid a visit to the salon in a show of support on Wednesday, while Luther was still in jail.

Texas lawmakers rushed to Luther’s defense after she was ordered to serve seven days’ jail time, reportedly one for each of the days her salon was open prior to the state loosening lockdown restrictions.

Luther was given three choices by the judge: she could offer an apology for selfishness, pay a fine and shutdown until Friday, or serve jail time. Luther refused to apologize.

Texas Gov. Greg Abbott, the state’s Attorney General Ken Paxton and Lieutenant Gov. Dan Patrick called for Luther's release after she was jailed by Dallas County State District Judge Eric Moyé on Wednesday. The officials said he had abused his discretion and emphasized that the woman was keeping her business open in order to feed her family.

Gov. Greg Abbott issued an executive order retroactively eliminating jail time as a consequence for violating the state's coronavirus restrictions and the Texas Supreme Court ordered the release of Luther on Thursday.

"Throwing Texans in jail who have had their businesses shut down through no fault of their own is nonsensical, and I will not allow it to happen,” Abbott said in a statement. “That is why I am modifying my executive orders to ensure confinement is not a punishment for violating an order. This order is retroactive to April 2nd, supersedes local orders and if correctly applied should free Shelley Luther."