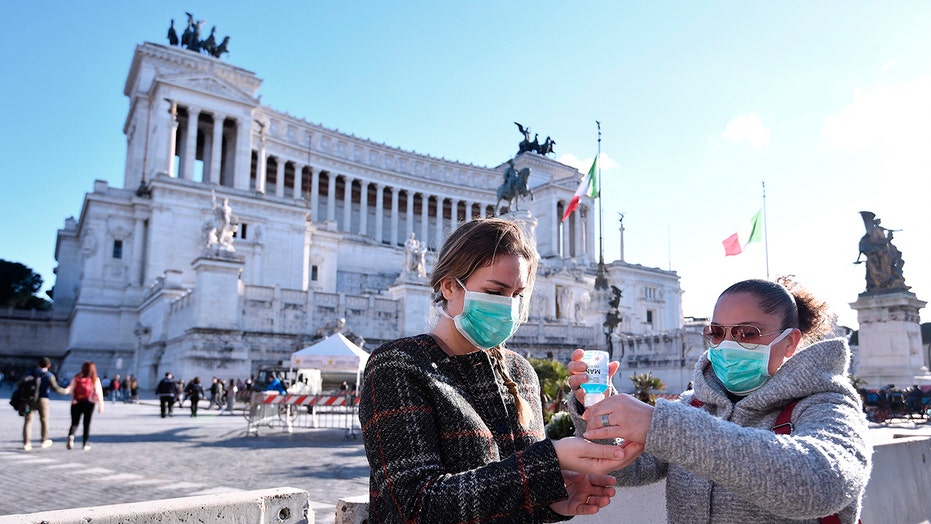 Sen. Ted Cruz, R-Texas, issued a statement Sunday revealing that he had interacted with an attendee at last month’s Conservative Political Action Conference (CPAC) who had tested positive for the coronavirus -- and as a result, he'll stay at home until two weeks have passed since the encounter.

Officials with the American Conservative Union (ACU), which hosted CPAC, said Saturday the attendee had been exposed before the conference, and the Centers for Disease Control and Prevention (CDC) confirmed his case.

Cruz said his interaction with that individual “consisted of a brief conversation and a handshake.”

He added that he did not meet the CDC criteria for self-quarantine because testing was not effective before symptoms manifest.

“The medical authorities explicitly advised me that, given the above criteria, the people who have interacted with me in the 10 days since CPAC should not be concerned about potential transmission,” Cruz said.

The senator said he has decided to remain at his home in Texas until 14 days have passed since the CPAC interaction because of how frequently he interacts with his constituents and “to give everyone peace of mind.”

“Everyone should continue to treat this outbreak seriously and be driven by facts and medical science. We need to continue to be proactive in mobilizing resources to combat this outbreak—including the $8.3 billion in emergency funding we provided last week—and I encourage everyone to follow the recommendations of the CDC and other health professionals in protecting their own health and welfare, as well as the health and welfare of those around them,” Cruz said.

Gosar later tweeted: “I am announcing that I, along with 3 of my senior staff, are officially under self-quarantine after sustained contact at CPAC with a person who has since been hospitalized with the Wuhan Virus. My office will be closed for the week.” He added, “We are all asymptomatic and feel great. But we are being proactive and cautious.”

Also Sunday, ACU officials said they were working with the Maryland Department of Health since the CPAC conference was held in that state.

The Department of Health has screened thousands of employees from the Gaylord National Resort and Conference Center and the Residence Inn, ACU said.

“At this time, not a single person has reported any unusual illness. Thus the Dept of Health is not restricting movements or interactions with others of those hotel employees,” ACU said. “We continue to remain in close contact with the infected individual and he continues to be doing better. Also at this point, no other CPAC attendee, participant or staff has tested positive for coronavirus.”