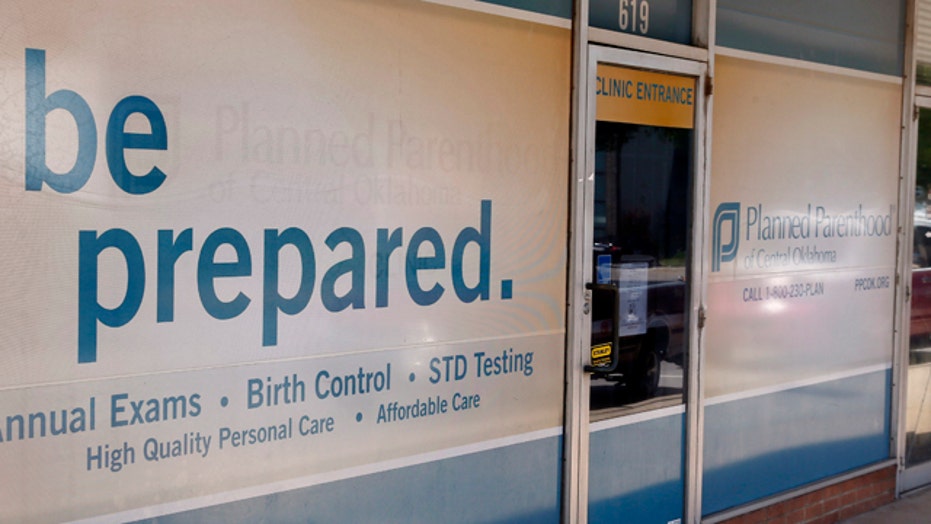 A technician who said she worked for a company that partnered with Planned Parenthood to harvest fetal tissue said there’s “incentive to try and get the hard stuff ‘cause you’re going to get more money,” in the latest undercover video targeting Planned Parenthood.

“For whatever we could procure, they would get a certain percentage,” said Holly O’Donnell, identified as an ex-procurement technician for StemExpress, a Placerville, Calif., company. “The main nurse was always trying to make sure we got our specimens. No one else really cared, but the main nurse did because she knew that Planned Parenthood was getting compensated.”

The new, graphic video from the Center for Medical Progress appears to show technicians using tweezers to pick through aborted fetal tissue for baby parts. After one person in the video picks out a pair of intact kidneys someone off-camera laughs and says, “Five stars!”

O’Donnell said she fainted the first time she was part of this process and was told by someone in the room, “some of us don’t ever get over it.”

“If you can somehow procure a brain or a heart you’re going to get more money than just Chorionic villi or umbilical cord.”

StemExpress “supplies human blood, tissue products, primary cells and other clinical specimens to biomedical researchers around the world,” according to its website.

Holly O’Donnell says she worked for six months for a company that procured tissue and organs for Planned Parenthood, which then presumably shipped them to research labs. (Screengrab, Center for Medical Progress video)

“StemExpress is a company that hires procurement techs to draw blood and dissect dead fetuses and sell the parts to researchers,” she said. “They’ve partnered with Planned Parenthood and they get part of the money because we pay them to use their facilities. And they get paid from it. They do get some kind of benefit.”

Planned Parenthood has denied selling fetal tissue for a profit, which is against federal law.

“If you can somehow procure a brain or a heart you’re going to get more money than just Chorionic villi or umbilical cord,” O’Donnell said.

In the latest video, the undercover team cites this fee schedule, which it says contains prices a lab will pay for fetal tissue and organs. (Screengrab, Center for Medical Progress)

The video is the third to be released by the Center for Medical Progress. Like the first two, it contains undercover video of Planned Parenthood officials and associates, but is heavily reliant on an interview with O’Donnell.

Previous videos show Dr. Mary Gatter, a Planned Parenthood medical director in Southern California, meeting with people posing as buyers of fetal specimens. The conversation focuses on how much money the buyers should pay, although Planned Parenthood insists that it only sought to cover its expenses. The videos have brought investigations of Planned Parenthood's policies on aborted fetuses by three Republican-led congressional committees and three states.

Federal law prohibits the commercial sale of fetal tissue, but it allows the not-for-profit donation of tissue if the women who underwent abortions give their consent. Planned Parenthood says the payments discussed in the videos pertain to reimbursement for the costs of procuring the tissue -- which is legal.