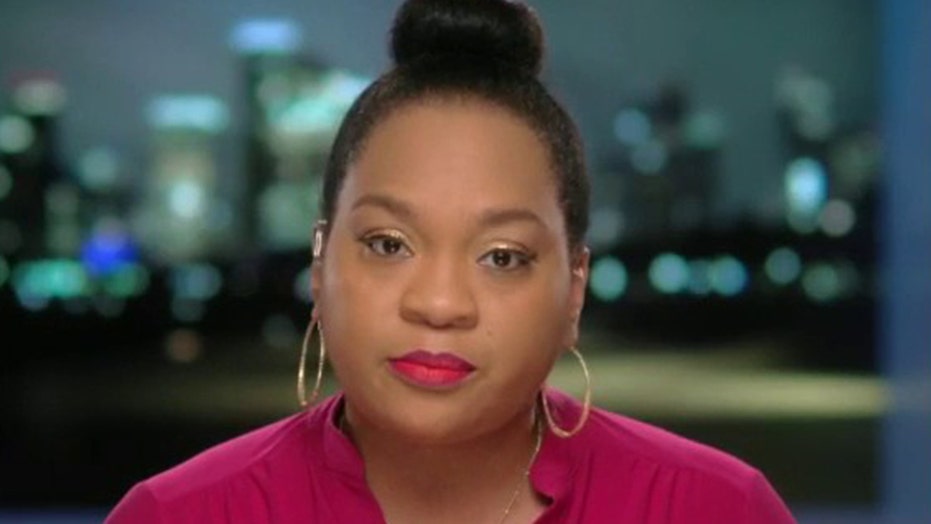 Former 2016 Bernie Sanders campaign staffer Tezlyn Figaro sounds off on calls for Sanders to restart his campaign amid the Biden sexual assault allegations and his fight to stay on the primary ballot in N.Y.

Former Bernie Sanders staffers and supporters are speaking out against Joe Biden following a sexual assault allegation against the ex-vice president -- and in some cases challenging Sanders to do the same.

Former Senate staff aide Tara Reade has accused Biden of assaulting her in 1993. His campaign has vehemently denied the allegations.

In the wake of a decades-old clip surfacing that adds more weight to Reade's claims, some Sanders backers are suggesting Biden drop out and holding out hope that Sanders' suspended presidential campaign could somehow be revived.

Video from the year of the alleged assault recently surfaced, in which a woman now identified as Reade's mother called into Larry King's CNN program alluding to “problems” her daughter faced while working as a staffer for the then-U.S. senator from Delaware. Reade confirmed to Fox News that the caller in 1993 was indeed her mother.

“When I look at Joe Biden and who’s holding him accountable, it's his voters,” Figaro told "Fox & Friends" Monday, claiming that Biden's supporters do not appear to be concerned. “But the question really is what about Bernie Sanders and the millions of millions of people that support him? Why is Bernie Sanders also quiet on this issue?”

Sanders' campaign, meanwhile, has been trying to keep the Vermont senator on the ballot for the New York primary so that he can amass more delegates and have greater influence on the Democratic Party's platform. (On Monday, New York shot down the effort, canceling the election.)

Figaro said Monday morning that Sanders should get back in the race or stay out of the picture.

"Sanders should either reactive his campaign or sit down. It is wrong to keep playing these #BernieOnTheBallot #DropOutBiden games when he knows damn well he has already sealed the deal," she tweeted.