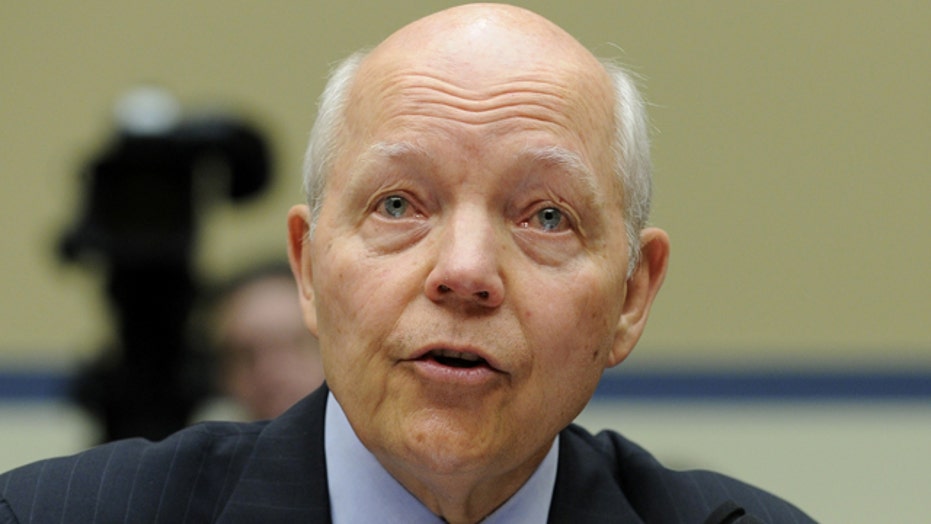 Why the IRS mess needs an independent investigator

The head of the IRS confirmed Wednesday that investigators looking into missing emails from ex-agency official Lois Lerner have found and are reviewing "backup tapes" -- despite earlier IRS claims that the tapes had been recycled.

IRS Commissioner John Koskinen, testifying before a House oversight subcommittee, stressed that he does not know "how they found them" or "whether there's anything on them or not." But he said the inspector general's office advised him the investigators are reviewing tapes to see if they contain any "recoverable" material.

The revelation is significant because the IRS claimed, when the agency first told Congress about the missing emails, that backup tapes "no longer exist because they have been recycled."

It is unclear whether the tapes in IG custody contain any Lerner emails, but Koskinen said investigators are now checking.

Republicans on the House Oversight and Government Reform Committee first raised questions about the backup tapes on Monday, releasing a partial transcript from an interview with IRS official Thomas Kane. In it, Kane said "there is an issue" as to whether all the backup tapes were destroyed. Asked if they might still exist, he said he didn't know but "it's an issue that's being looked at."

Investigators in Congress and with the inspector general's office want to see those backup tapes because of the possibility they might contain emails that otherwise were lost in Lerner's apparent hard drive crash in 2011. Lerner is the former IRS official at the center of the controversy over agency targeting of conservative groups seeking tax-exempt status -- the agency's acknowledgement last month that years' worth of emails were lost has infuriated GOP investigators.

The so-called backup tapes are considered a last resort option for recovering any missing emails. Though certain federal employees are supposed to store certain communications, the backup tape system was used at the IRS to store such data for a six-month period.

Several other questions have been raised in recent days over how Lerner's emails disappeared and when the agency learned about it.

The House Ways and Means Committee claimed Tuesday that Lerner's hard drive was only "scratched," but not necessarily damaged beyond repair. Asked about that claim on Wednesday, Koskinen claimed not to know much about that allegation.

Meanwhile, Republican lawmakers are calling for a special prosecutor to investigate why the IRS delayed telling Congress and the Justice Department that the emails from Lerner disappeared.

According to a transcript from a July 17 interview, Kane told oversight committee investigators that senior leadership in the IRS learned about the apparent hard drive crash in early February. Koskinen, though, did not mention issues with Lerner's emails at a March 26 hearing, or at a subsequent committee staff meeting, according to Republicans.

Koskinen, though, said he was advised in February only that there was a discrepancy in the number of emails turning up from Lerner before 2011 and that there was a "problem" with Lerner's computer. He said the problem was not described to him in any greater detail at the time.

He said they found out about the hard-drive crash in April.

Republicans claim that the new details emerging raise concerns about how forthcoming the agency has been.

"It is unbelievable that we cannot get a simple, straight answer from the IRS about this hard drive," House Ways and Means Committee Chairman Dave Camp, R-Mich., said in a statement Tuesday.

Democrats, meanwhile, slammed Republicans for continuing to bring Koskinen before the congressional committees.

"This is unseemly, it's embarrassing, this is not a proper way to run an investigation," Rep. Elijah Cummings, D-Md., said.